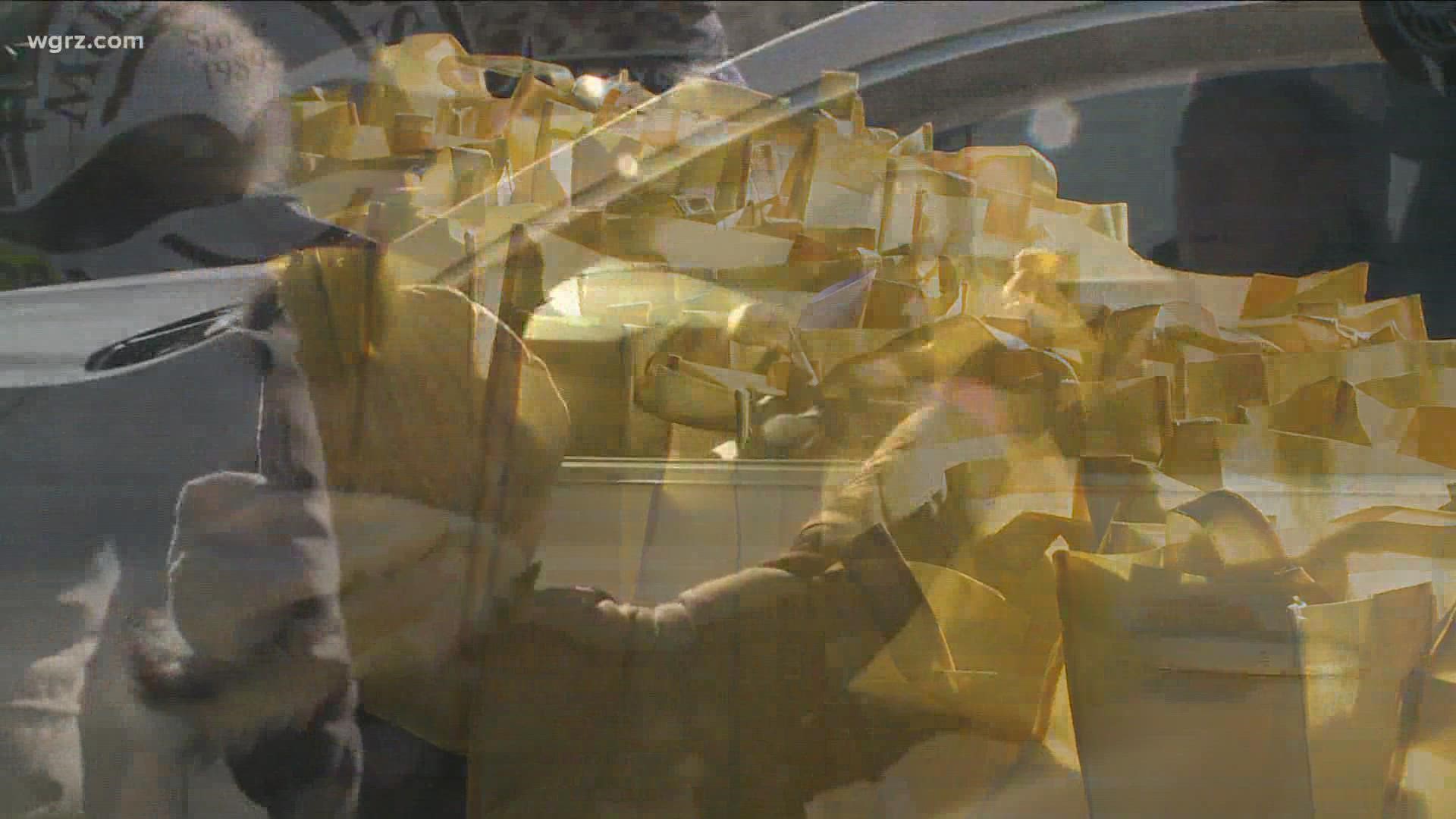 Mark Dominguez, who owns Dominguez Marketing, organizes the event. He said it's important to serve this specific group of people this year.

"The veterans and active military, this is nothing compared to what they've given up," Dominguez said. "They missed so many meals being away, so that's why we wanted to do that last year, and then we expanded it to first responders due to the fact that most of them are going to be working tomorrow, not with their family and friends.

"Some of them are older and have nobody to eat or cook for, so hopefully if they don't have a dinner, this will provide them with a thanksgiving meal that they might not have."

Dinners are being served on a first-come, first-served basis and a limit of two dinners per car.