Truck loaded with Pringles smashes into bridge in Tonawanda

Police: Canadian driver told them he was lost and didn't see warning signs. 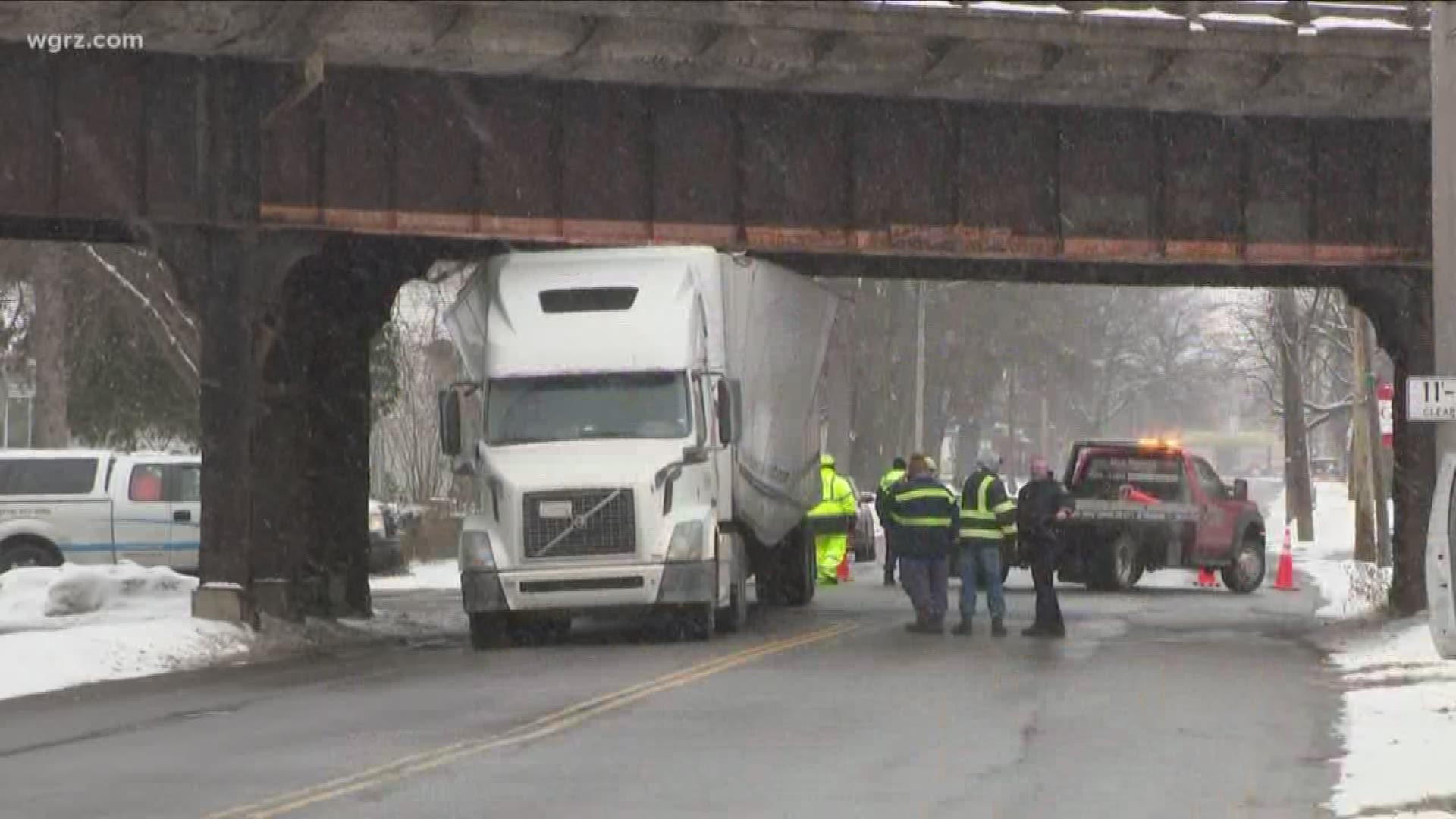 TONAWANDA, N.Y. — A Canadian driver got a traffic ticket this afternoon after this truck loaded with Pringles hit a bridge on Young Street.

The accident peeled back the top of the truck.

Police say the driver told them he was lost and didn't see the signs warning about the bridge that was 2.5 feet lower than the top of his truck.

Inspectors were called in to check on the bridge, which held up a CSX train that was waiting to cross.