Heavy snow, high winds, and low visibility led to the initial issuance of the advisory Saturday. At times, the lake-effect band dropped around 2 inches per hour. 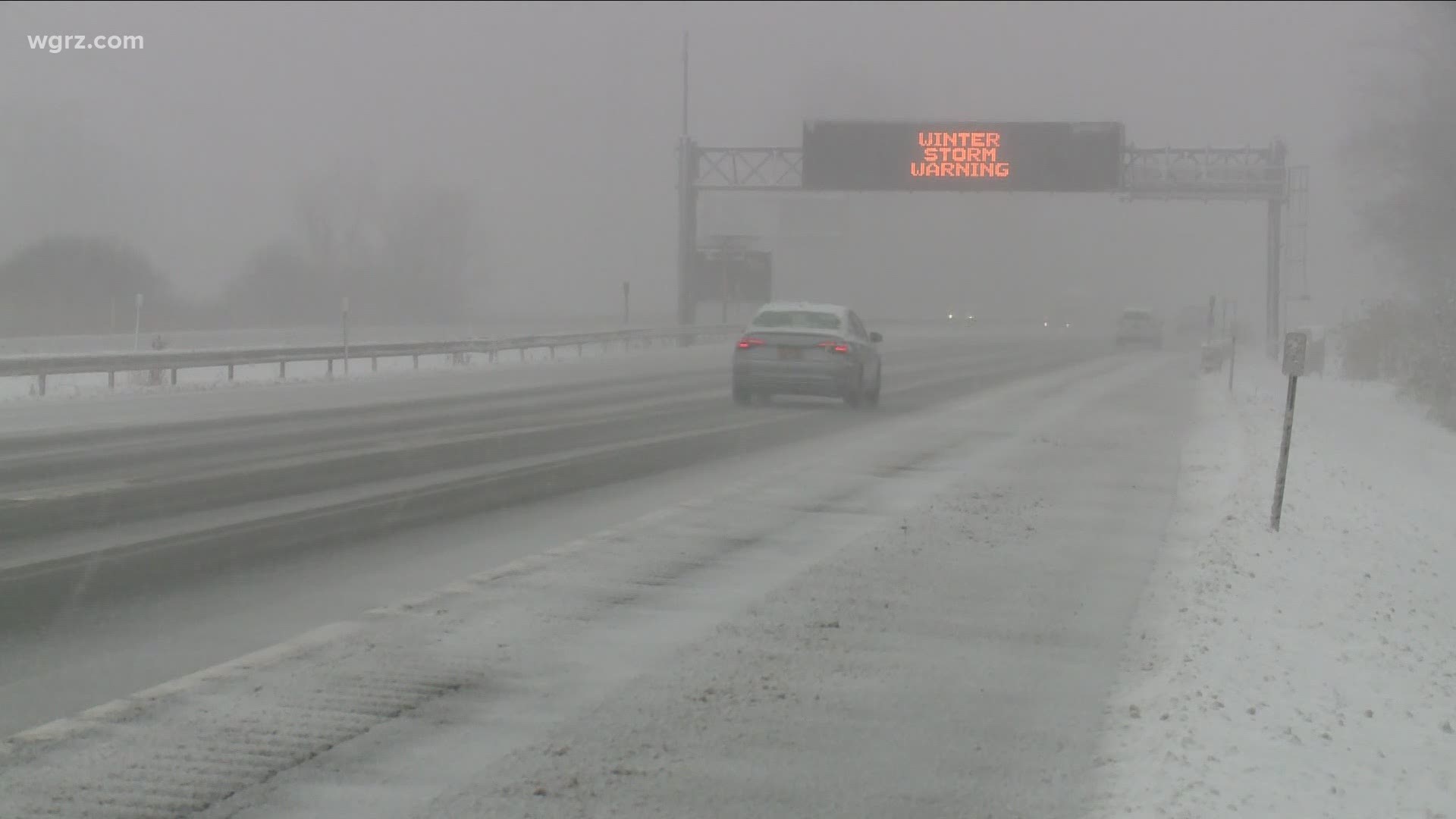 The advisory, which was issued Saturday morning amid a winter storm advised travelers to stay off the roads. It was lifted around 6:30 p.m.

Poloncarz said the decision to implement the advisory was made after discussing current weather conditions with the Erie County Department of Public Works and Erie County Emergency Services.

County plow crews worked through the day Friday, early Saturday, and throughout the day to keep the roads clear as snow continued to quickly fall.

Commissioner William Geary told 2 On Your Side that he had more than 30 crews working Saturday across five different districts: Hamburg, Clarence, Aurora, Concord, and Harlem.

The travel advisory is now lifted. Some of our trucks are thawing out and getting ready for tonight’s shift change. #DPWweatherresponse #DPWworks pic.twitter.com/tCn5og1wcQ

The Hamburg district, which stretches from West Seneca to Gowanda, was one of the busiest on Saturday. At times, snowfall rates were around 2 inches per hour making cleanup difficult.

After discussing with @ErieCountyDPW and @ErieCountyESU, I am issuing a Travel Advisory for Erie County. Driving conditions are rapidly deteriorating in central and southern Erie County due to 2-3" rate of snowfall per hour and 35 MPH winds, dropping visibility to zero at times. pic.twitter.com/mavoUgGqpp

Crews in the Clarence district focused their attention on the southern portion of their assigned area. The entire district runs east of Transit Road from Elma to the northern border of Erie County.

Update: City of #Buffalo now has 30 pieces of snow removal equipment out AND 20 crews picking up garbage @WGRZ https://t.co/N570sqIyqd

In addition, the City of Buffalo currently has 30 pieces of snow removal equipment out, as well as 20 crews picking up garbage. Snow removal is currently focused on the south and east parts of the city where lake effect snow has been the heaviest.

However, it might be slower than usual. Residents are also being told that if their trash doesn't get picked up on Saturday, to then leave it out for garbage pickup on Sunday.

Attention Black Rock, Riverside and West Hertel residents: garbage pickup is still happening today... but may be slower than usual.

If your trash doesn’t get picked up today, leave it out. DPW says a plan is in place to finish pickup tomorrow if need be. @WGRZ