Numerous technical issues were reported to us Monday, after New York launched its expanded eligibility of those who can receive a COVID-19 vaccine. 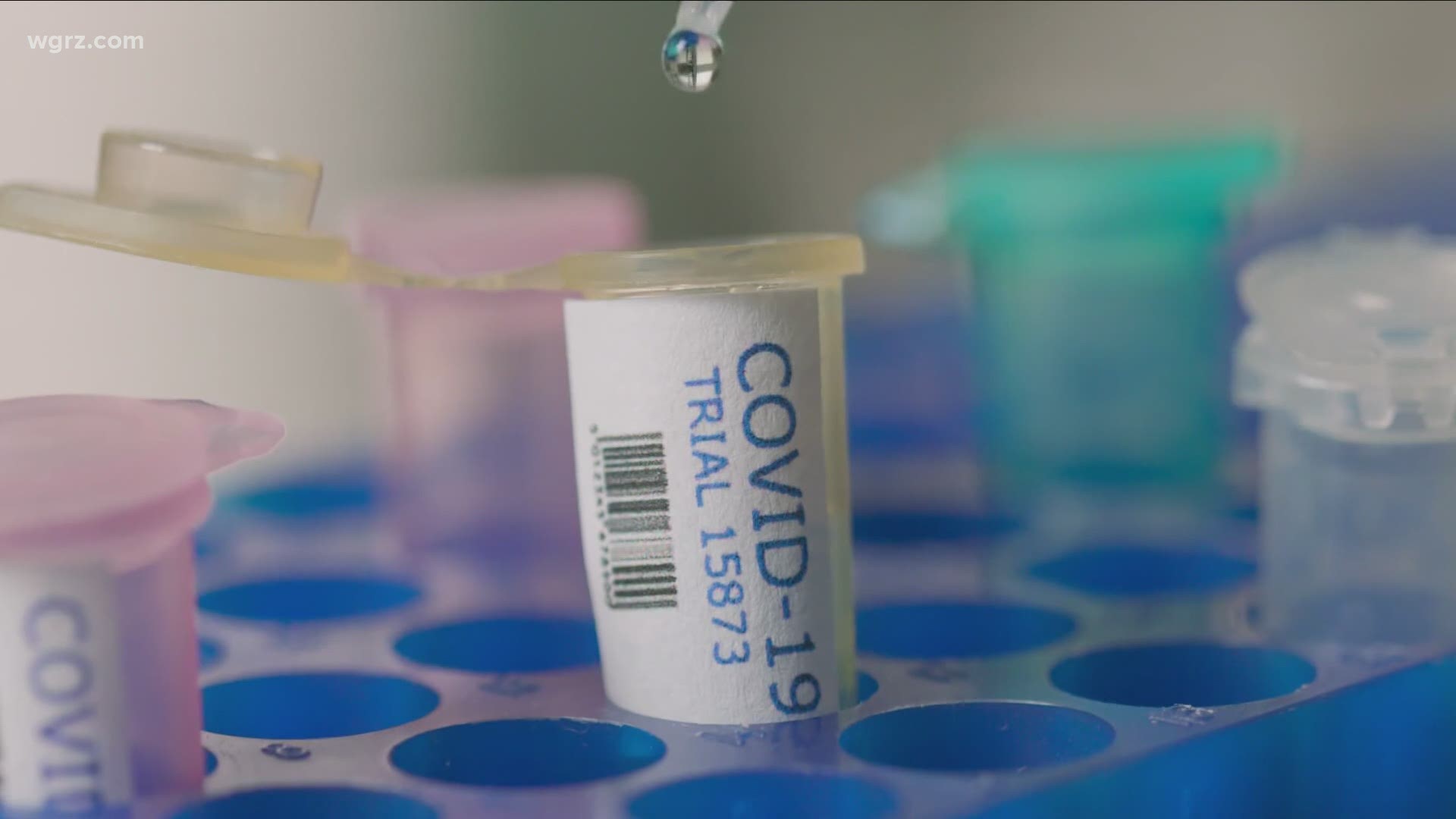 LOCKPORT, N.Y. — We continue to follow New York State's rollout of the COVID-19 vaccine — after the expanded part of the program launch on Monday got off to a rocky start.

The New York State Department of Health says that it’s looking into technical issues we've reported to the department.

One of the issues that we found by just picking up the phone, the state’s Vaccination Hotline remains temporarily unavailable, because of high call volume. And, there have been other issues as well with the state’s vaccination website giving out incorrect vaccination site information in Erie County.

On Monday, New York State accepted CDC guidance, expanding eligibility to get the COVID-19 vaccine to those who are 65-years-old and older and people who are immunocompromised, such as those who have Type 1 diabetes, AIDS and cancer. 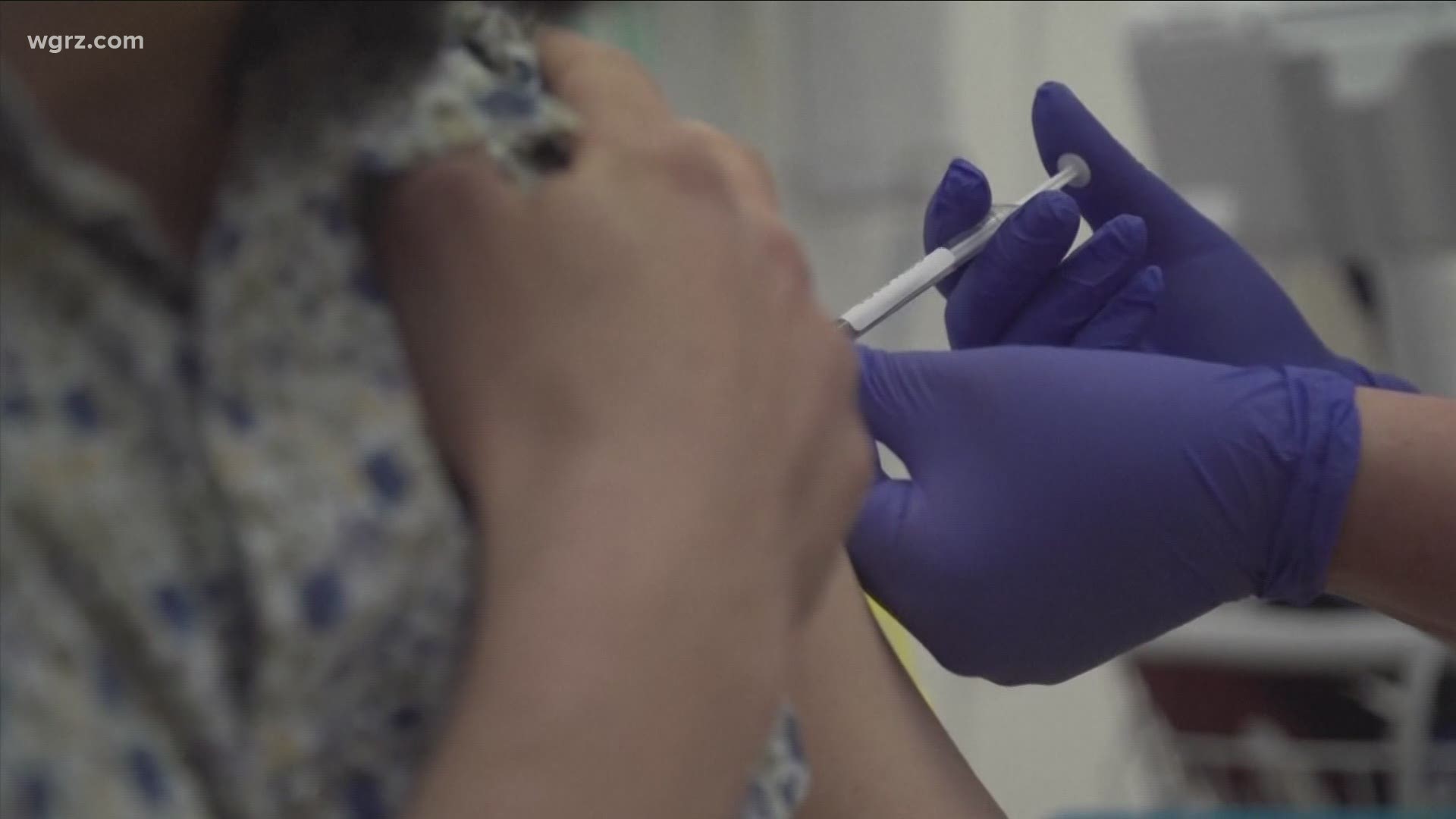 "I want to keep people in New York as calm as we can keep people in these anxious times and I don’t want people to think that if people in any other state are eligible when they are not," said Governor Andrew Cuomo.

But, the governor reminds people, that because supply of the vaccine remains low — only 300,000 doses from the federal government per week — it will take months to get through Phase 1 of vaccinations, which also includes health care workers and first responders.

"So you’re telling people today you’re eligible, but you’re simultaneously telling people we don’t have enough dosages to get to you for the next six months," Cuomo said.

Starting Tuesday, the Transit Drive-In has been turned into a mass vaccination site. About 900 Phase 1a workers — which primarily includes health care workers — will be vaccinated here this week; more next week.

"Our medical professionals give them the vaccination and then they go to an area where they stay in their vehicle for approximately 15 minutes to make sure they don’t have a reaction to the vaccination," said Dan Stapleton, the public health director in Niagara County.

Niagara Falls Memorial has also been designated a vaccination site for Phase 1 workers.

As a reminder, these sites are not open to the general public.

Phase 1b workers – which includes teachers, transit workers, and first responders such as police officers and firefighters will also be vaccinated at the Drive-In next week.

The Niagara County Health Department says on its website, links to pre-register will be updated on a week-to-week basis depending on vaccine availability.

"Right now, we are turning people away because we don’t have enough vaccinations so we need the supply to increase," Stapleton said.

Hospitals need to continue prioritize their workers in getting them vaccinated.

In the meantime, Wegmans, which announced Monday that it had received a limited amount of doses at select locations — for those who are 75 years old and older — has released a statement on the overwhelming response Wegmans got.

"Due to yesterday’s [Monday's] overwhelming response to our first round of COVID-19 vaccine appointments for those 75+, we experienced technical issues with our scheduling site. Prior to the outage, the majority of appointments had been filled. Despite continued glitches in the system, the remaining appointments were filled throughout the evening by those who had previously accessed the direct link to the scheduler. We know the vaccine is in high demand, and we will open additional appointments as more vaccine becomes available. We thank everyone for their patience." 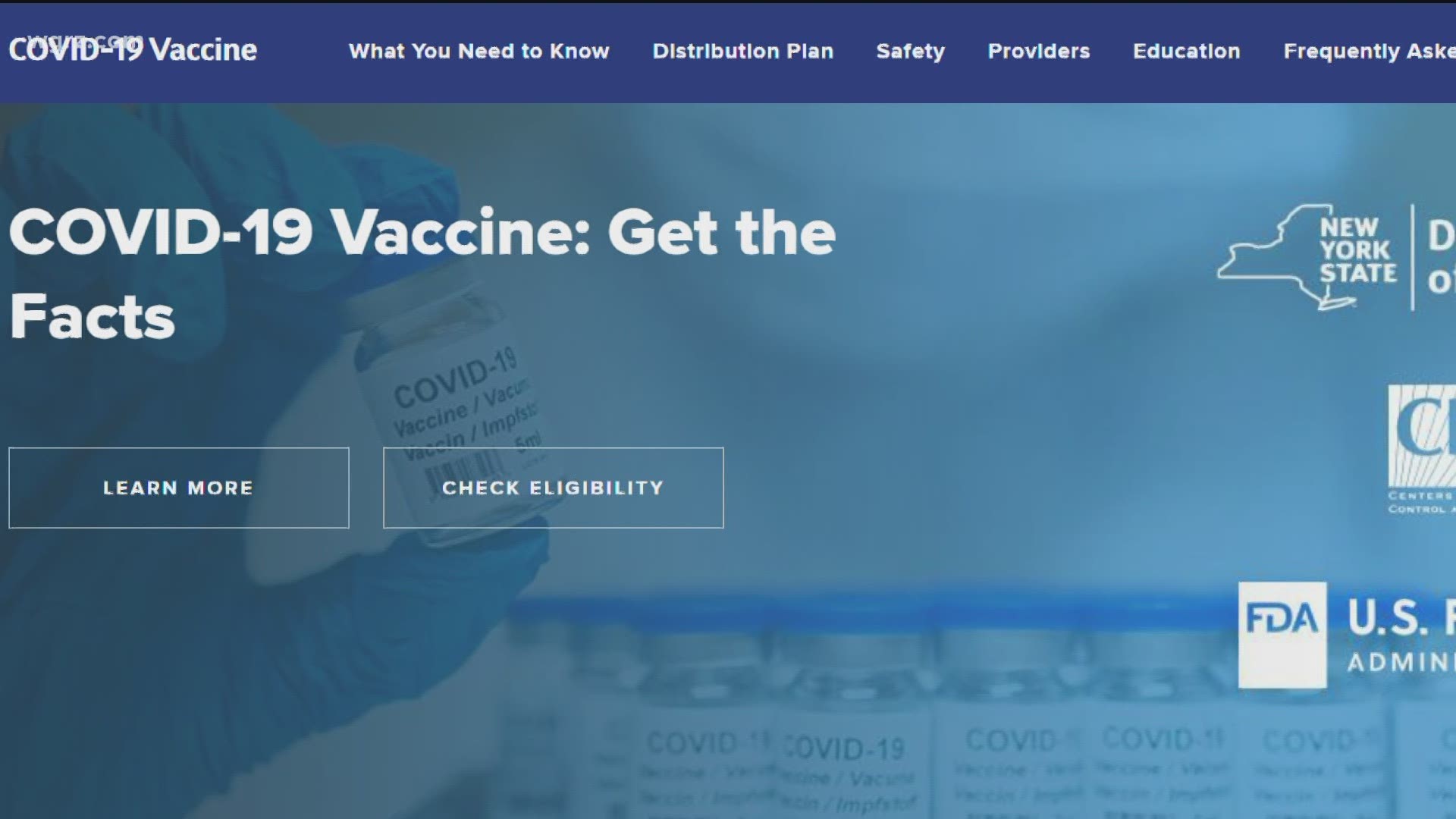