Towns hope to be next in line for Federal Coronavirus bailout

Local governments have been hard hit and hope the next stimulus bill addresses their needs, without letting the state get their hands on the money first. 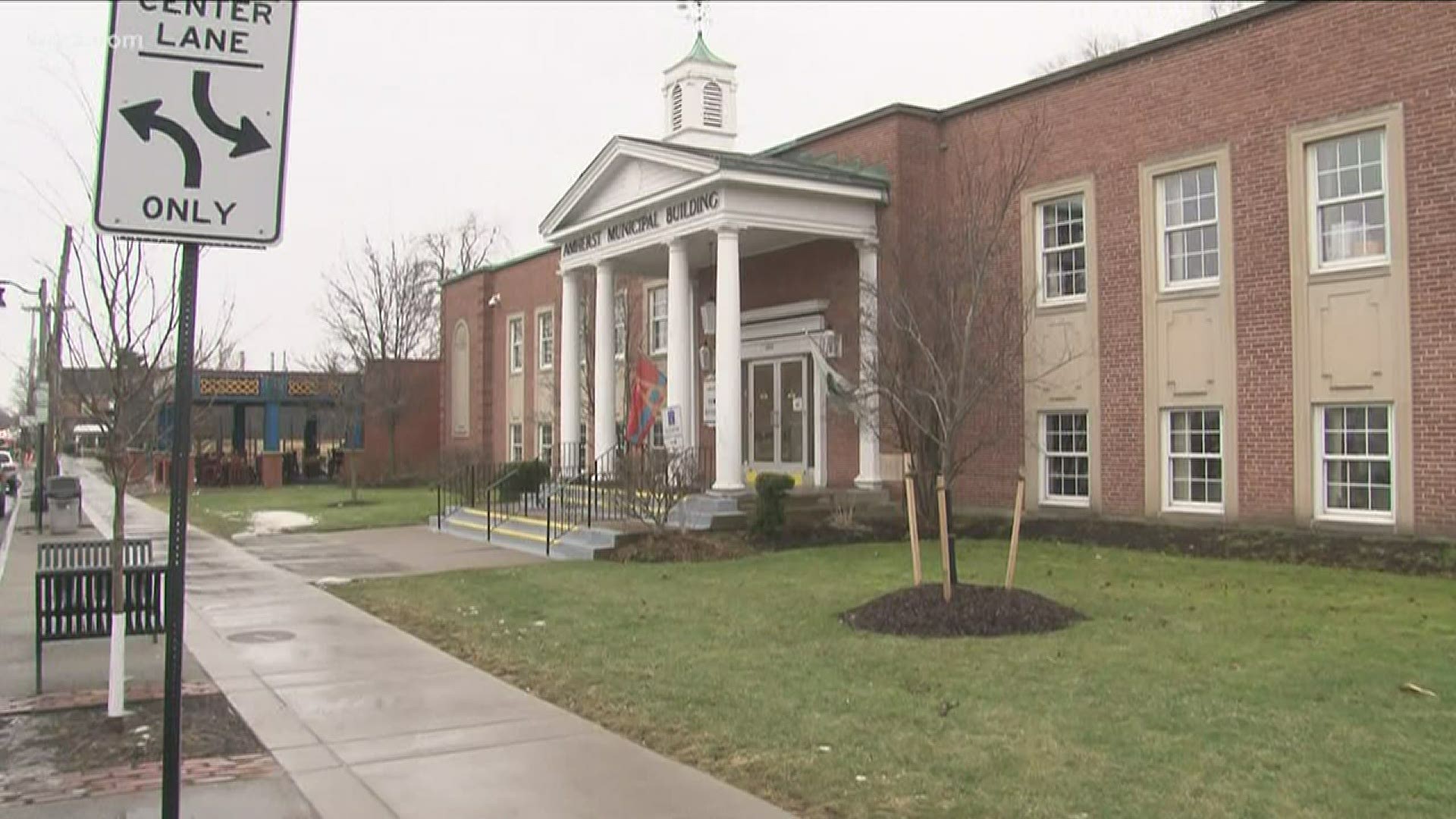 BUFFALO, N.Y. — Local governments are often on the front lines of providing services such as child care, recreation programs, trash pickup and providing food for seniors.

But many of those programs and more are at risk, amid the fallout from Governor Andrew Cuomo’s shutdown order in reaction to coronavirus, which has also left local governments over a financial barrel.

Not a Pretty Picture

“We’re currently looking at a six-million-dollar gap in revenue for this year we estimate we'll probably end up north of $20 million at year’s end,” said Amherst town Supervisor Brian Kulpa.

According to Kulpa, the town is offering buyouts for employees, laid off part-timers, frozen overtime, and is otherwise cutting wherever it can.

"We have no ice on three of our four ice pads in the Northtowns Center and we have buildings that have been shuttered," Kulpa told WGRZ-TV.

Amherst, the largest town in Erie County, is far from alone.

“We’re all in the same boat,” said Melissa Hartmann, the Supervisor in the town of Eden, whose population is about one-18th of that of Amherst.

“Obviously it’s on a much lower scale than Amherst, but everything is relative, and we also have to look at cuts,” Hartman said.

Among the likely cuts in Eden and in other towns will be summer recreational programs, which Hartman noted also provide seasonal jobs for many younger workers in high school and college.

“A number of families also rely on those programs for child care during the summer,” she said.

With finances in such direr straits, Hartman warned that town governments may not be able to provide the same range of services even after restrictions associated with the pandemic are lifted.

“If your town provides sanitation and without the ability to pay a sanitation worker you’re going to be looking at small businesses not being able to pay to have their garbage picked up…so even after they re-open there might be services they have to go without,” she said.

Towns are keeping a close watch on what happens next in Washington and whether the next stimulus bill will contain funding for smaller communities.

“We don't have the ability to make decisions without knowing if there will be relief,” said Hartman.

Moreover, local governments are concerned with the path through which the money might flow to them.

“The real thing we need to focus on is, if there is federal funding, that the funding goes directly to the locality and not just to the state or the counties," said Gerry Geist, who is the supervisor of a town in Westchester County and who serves as Executive Director of NY Association of Towns.

Geist and others fear that having a larger government serve as a pass-through for federal funding meant to bail out towns and villages, may well leave smaller governments on the local level on the short end. Especially as state and county governments are facing their own financial crisis.

“Then we never see the money…. so, we need to ensure dedicated funds go to localities and every community," he said.

Those in charge of smaller local governments seem to have found an ally for their cause in U.S. Rep Tom Reed (R-NY23rd)

“I’m a big proponent of direct local government assistance in this package, " said Reed, whose district is composed of many small towns throughout New York State’s Southern Tier.

Reed says that as former Mayor of Corning (pop. 11.183) he is well familiar with the hijinks which can ensue when funding from the nation’s capital is passed through a variety of government levels before it reaches its intended recipient.

“In this fight on local and state aid, I stand with the local governments," Reed said.

In these extraordinary times, towns are also pressing the state to relax its rules governing what they may expend reserve funds on, hoping to dip into those, and to exceed Cuomo’s state-mandated tax cap without repercussion,

This might allow them to raise taxes well beyond the 2% yearly growth limit, something they know residents will not be happy about, but hope will understand.