Perhaps lost in all the excitement for Buffalonians is the fact that there are some very disappointed baseball fans in Toronto. 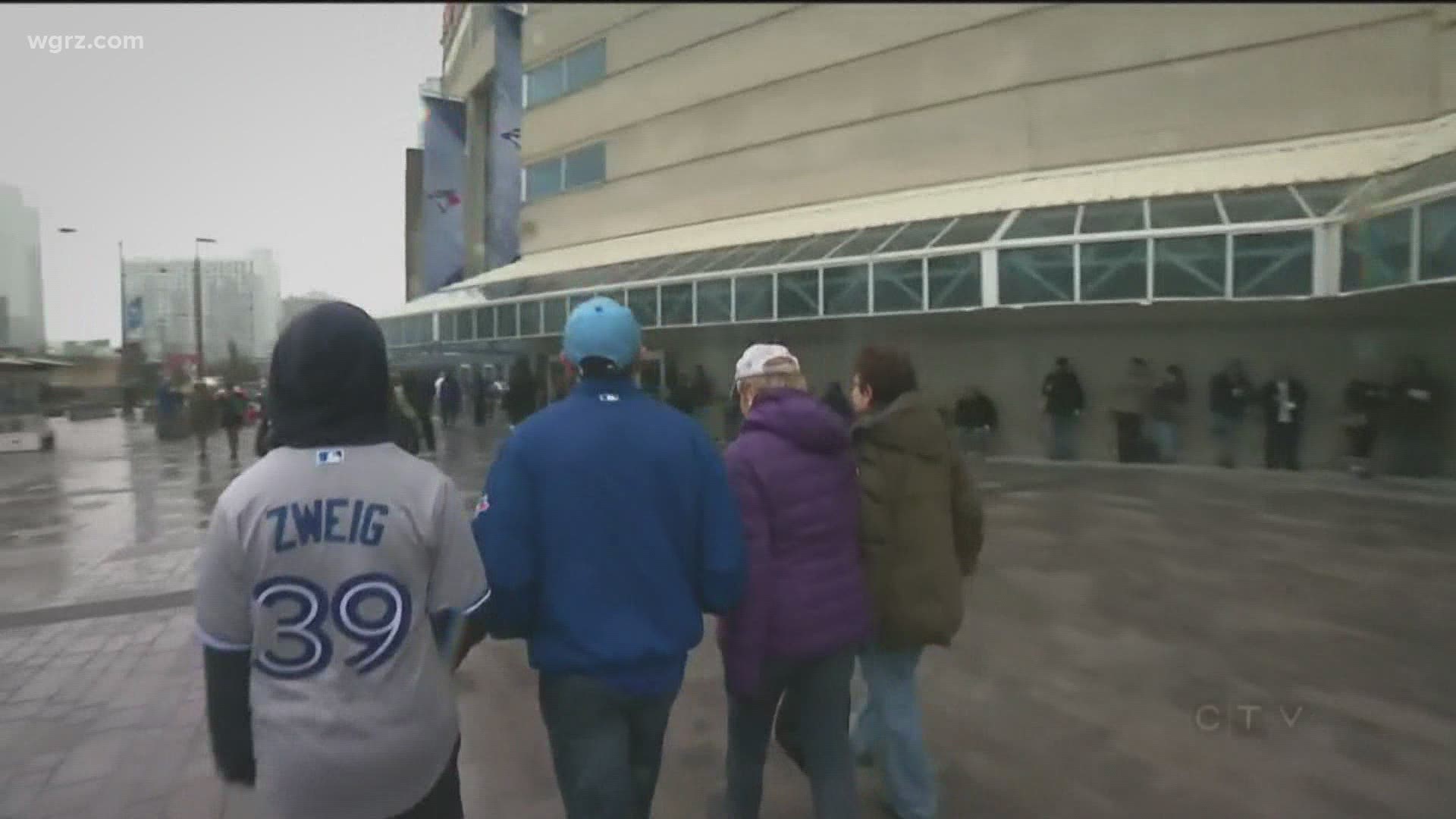 BUFFALO, N.Y. — The Zweig family of Toronto, Canada has been cheering on their team since the very beginning. In fact, Jonathan Zweig's parents started rooting for Toronto's Triple A team -- the Maple Leafs -- back in the 50s and 60's.

So when Toronto was awarded a major league team, the Zweigs became season ticket holders right away. Jonathan Zweig was 9-years-old at that inaugural opening day game on April 7, 1977 with its very Canadian weather.

"And it was very cold and it snowed a lot," Zweig recalls. "And I remember, it didn't really phase me at the time. What are these Americans thinking of it when they're seeing the highlights of the first Toronto Blue Jays game and what's going on -- it's a snowstorm!"

The Zweig family never missed an opening day after that -- a 41 year streak.  And their devotion has earned them some fame. They've been celebrated at Jays games and featured in television interviews. Zweig's mom's photo was even printed on game tickets. But last year's pandemic put an end to that streak.

"Watching it on TV, but I mean, it was sort of bittersweet," Zweig recalls. "I mean, it was very unfortunate that we couldn't go to the opening game. But watching on TV was a lot better than no baseball!"

The COVID pandemic restrictions last year kept the Jays out of Canada entirely and no fans were allowed at the games played here in Buffalo either. But this year, it'll be different. While Canadian citizens remain in lockdown, the Blue Jays will have a new fan base here.

WGRZ News Anchor Maryalice Demler asked Zweig, "What do you want to say to Buffalonians who are going to be in your seats, cheering on your team this year?"

"I'm going to say, 'go Jays go! Enjoy the team," Zweig said. "I feel a real connection to Buffalo and I think it's great. And while I'm a little bit jealous that I won't be able to go to the games, I will say, enjoy our team, and cheer for them, and keep 'em hot. And we'll take them back when you're done."

No bitterness, just some trademark Canadian politeness for his southern neighbors.