Squire's Tap Room in Tonawanda will receive $7,000 to pay for a month's worth of employee wages. 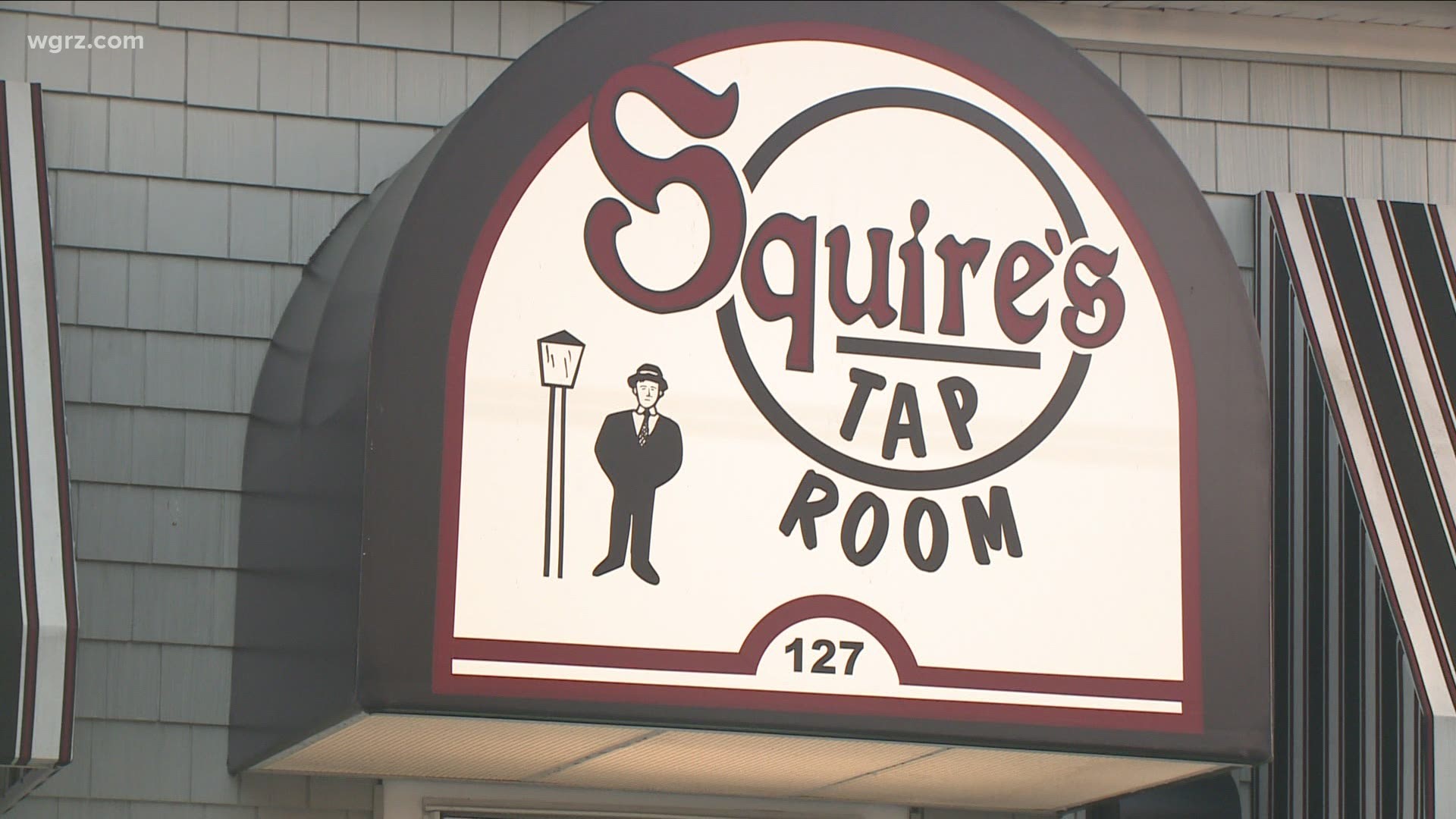 "The restaurant is named after my grandfather, Squire Gordon, his nickname was Squire, he was a World War I vet" said Squire's Tap Room Owner Rick Neuhaus.

Neuhaus said 2020 was expected to be a big year for the restaurant, celebrating 25 years of business.

Commonly known for its Friday fish fry, the March shut down halted operations during one of its busiest seasons. Now nearing the end of 2020 and still closed for indoor dining, Neuhaus said he fears the end of the year numbers.

"I don't even want to know how far we are down for November and December, it's not going to be very pretty" he said.

Erich Neuhaus, Rick's son, decided to do something about it. He applied to receive support from 'The Barstool Fund', which is a fundraiser started by the founder of Barstool Sports David Portnoy to help businesses in need.

In a video on The Barstool Fund website, Portnoy said, "these people aren't going out of business because they aren't successful, but because they have no other choice they've been dealt a hand that nobody could play."

The fundraiser which has raised more than 9 million dollars, supports businesses that are still paying their employees. The fund will pay for what the businesses need to stay open.

To Rick's surprise, he received a FaceTime call from Portnoy himself Monday, telling him his business would receive $7,000 for a month's worth of employee wages.

"I didn't know quite what to say to him but I just told him I was happy and I thought it was excellent that he was going to help us out" said Rick Neuhaus.

In the video, Portnoy said the fund will continue to support selected businesses throughout the pandemic.

"Once we pick you, let's use Borrelli's as an example, we cut you the check to get you through January," said Portnoy. "If February rolls around and we are no better, March. Each month we will continue to cut you a check for how much you need to stay in business until this thing is over with."

Portnoy has been posting videos of each business receiving assistance on Facebook. Currently, Squire's Tap Room is the first business in Western New York to receive it.

"It's definitely something I didn't expect, but I am grateful" said Neuhaus.