'The conditions here are just not acceptable,' with broken headstones, many toppled over and covered with weeds. 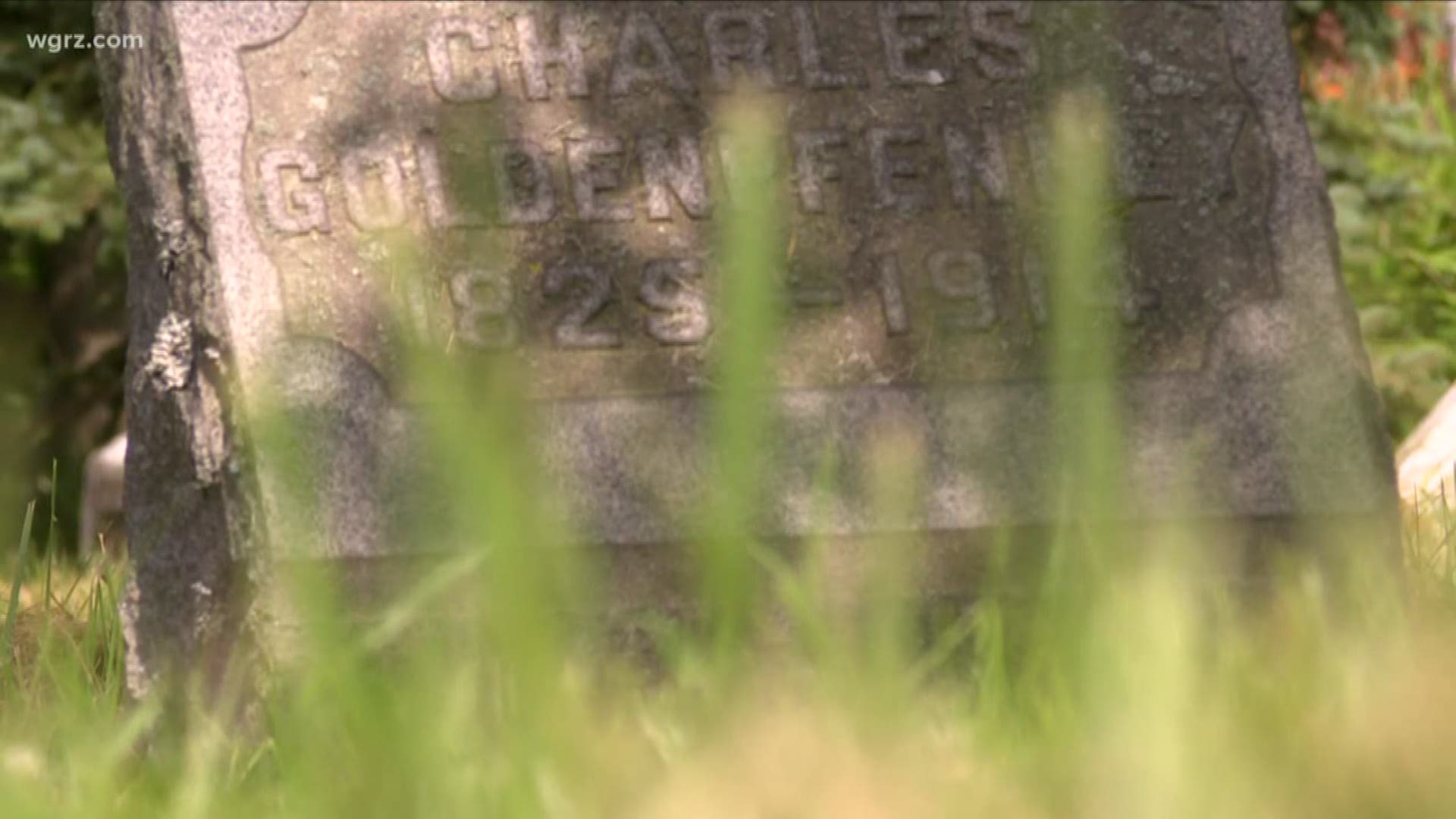 TONAWANDA, N.Y. — Under the arches that lead to the City of Tonawanda Cemetery, you expect to find proper headstones marking those who came before us.

However, if you take a walk through there now, you'll be greeted by broken headstones, many toppled over and covered with weeds.

Within the cemetery there are two mausoleums. They are both covered by overgrown brush, making it hard to see the structures.

"The conditions here are just not acceptable," Ron Snyder said.

Snyder sits on the City's Cemetery Review Board. He took 2 On Your Side through the cemetery to show us the shape it's in.

He says he is mostly upset about the condition of veterans graves.

"I think it's really important that we honor them and make sure that their graves are taken care of properly, in place, standing straight and tall, and looked after every year, and they are not," he said.

The City's Cemetery Review Board was created 12 years ago to oversee maintenance of the cemetery, but it fell apart shortly after.

The group was reignited earlier this year to address the current condition of the cemetery.

"There is no plan in place, and the city needs to realize how important it is to the town, to the city, and we just want to get some action," Snyder said.

2 On Your Side took those concerns to City of Tonawanda Mayor Rick Davis.

"The reason why it's in the condition that it's in is because the city is responsible for maintenance of the grounds. The families are responsible for the actual grave markers, headstones, things of that nature," Davis said.

Davis says it's been more than 20 years since money has been allocated to maintain the cemetery further than just maintaining the grounds. He says that will change next year.

"At the beginning of the year, I felt it was important to kind of restart that organization and give them my pledge to them that monies would be appropriated in this year's budget," Davis said.

Snyder said he would work with volunteers to get the work done. He just needs funds to get started.

"We could get a group of volunteers and start fixing these stones up and make it presentable," Snyder said.