Thruway Authority confirms, "The turbines were taken offline between October 2017 and early January 2018…as they await replacement parts and/or maintenance." 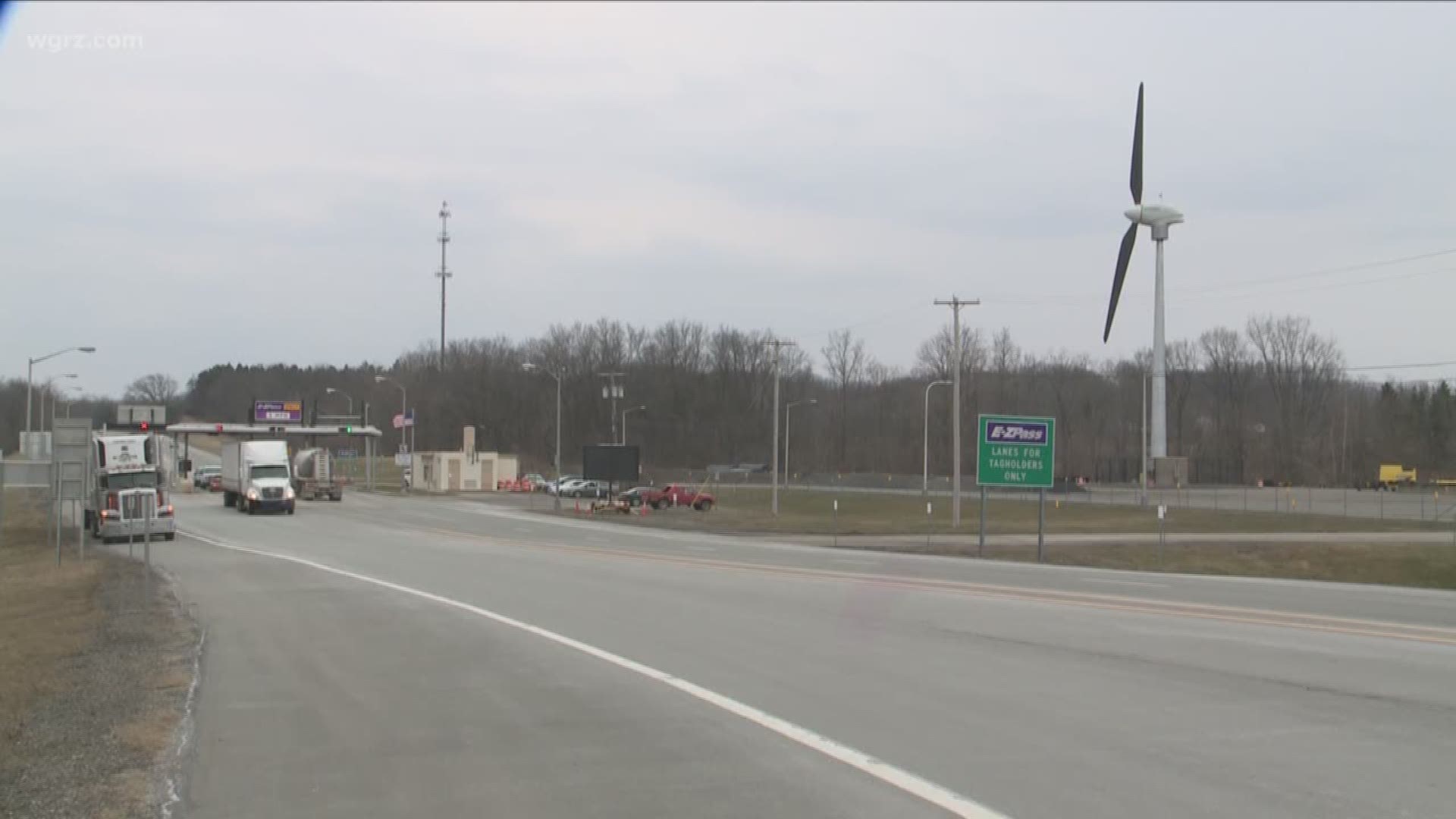 BUFFALO, NY - The New York State Thruway Authority, as part of the push by Gov. Andrew Cuomo for agencies to move toward so called “green energy” sources, installed several wind turbines a few years ago, projecting it would save $300,000 a year in utility costs.

Even if that was true, it would take 16 years for the nearly $5 million investment to pay for itself.

That's if they worked.

The five wind turbines were erected to power toll plazas and other Thruway facilities near exits between Eden-Angola and the Pennsylvania state line.

However, much like the mythical guns of Navarone, the windmills have fallen silent.

In an email, Thruway Authority spokesperson Jennifer Givner confirmed, “The four turbines in Dunkirk, Eden/Angola, Silver Creek, and at the Ripley Toll Barrier, are currently offline waiting for replacement parts and/or maintenance.”

She also confirmed they've been off line for a while, stating: "The turbines were taken offline between October 2017 and early January 2018."

The lone three blade turbine in the lineup, which helps power a Thruway maintenance facility near Westfield, appears to be functioning fine.

The other four – currently off line – are two blade models manufactured by the French firm Vergnet.

On its website the Thruway notes that being "close to the shore of Lake Erie, prevailing winds at these locations make them well-suited for wind power generation."

But according to a source, it is the prevailing winds at these location that make the two blade turbines actually quite unsuitable for conditions in the region, because they can't stand up to the wind shears here.

Two sources contend they were shut down amid fears the propellors could come off.

That's something the Thruway Authority denies.

“They were not taken offline due to safety concerns about the propellors,” wrote Givner. “The Thruway Authority is in discussions with the manufacturer about the replacement parts.”

2 On Your Side e-mailed Vergnet for comment but have not heard back from the company.

In a statement, NYS Senator Cathy Young, in whose district the wind turbines were installed, wrote: "I have no knowledge of the situation other than what the Thruway Authority has reported to us. Public safety is paramount. If the turbines are unsafe, I am glad the Authority is taking action."