For expediency, the Thruway didn't follow its normal bidding process to fix a section of I-90, which has crumbled due to a dispute between NY and the Seneca Nation 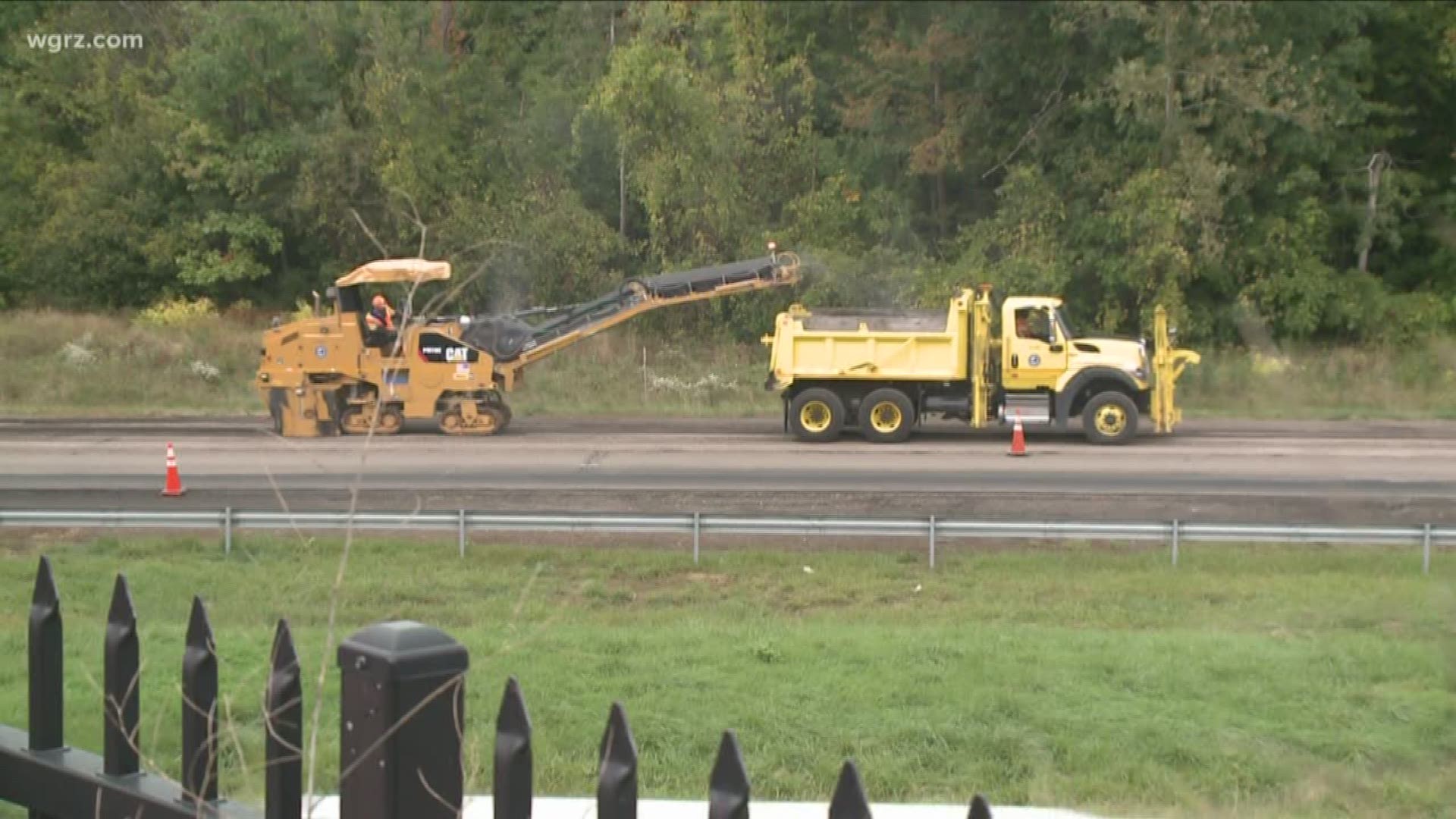 IRVING, N.Y. — It has been less than two weeks since the Seneca Nation and the State of New York put their differences aside, allowing for a crumbling stretch of I-90 through the Cattaraugus Territory to be repaired after five years of neglect.

On Monday, crews could be seen working as they try and beat the clock in order to facilitate as many repairs as possible before the end of the construction season.

Where Are They Working?

According to a Thruway Authority spokesperson, the work is now concentrated on the Westbound lanes of the three-mile stretch of the Thruway in question. It was thought that focusing on one side would minimize delays in both directions.

On Monday afternoon, a sizable backup of two miles could be seen before the construction zone, where the traffic is reduced to one lane. The Thruway has previously stated that motorists could expect delays in the area.

What Are They Doing?

For now, the Thruway is focusing on the shoulders of the roadway. They were in such disrepair that in portions weeds could be seen growing through the pavement.

The announcement that repairs would commence came on September 25, with work beginning the very next day.

However, that put crews up against an unenviable timeline, as they sought to complete as much work as they could before the scheduled shutdown of nearby asphalt plants on  November 1, or the onset of winter weather… which in Western New York is a “whichever comes first” proposition.

They may have to resume the work in the spring, to complete the project if they are unable to finish.

How Much Needs to Be Done?

While an initial goal had been set for 10 weeks, it is still somewhat uncertain how much time it will take to completely repair the road. Much of this depends upon an ongoing assessment of any weakening or damage to the roadbed, which may have occurred through years of neglect.

Obviously, the greater the damage, the longer it will take, and whether the majority of the surface can be repaired through milling and paving, or whether more extensive repairs are needed remain to be seen.

Generally, when the Thruway Authority is doing a major resurfacing such as the project at hand, it would take bids from qualified contractors seeking to perform the work.

However, due to the unusual circumstances surrounding these repairs, the sudden decision to go forward with the project, and the need for expediency, the Thruway Authority did not contract out the work through normal bidding processes. To do so would have delayed the repairs. Instead, it will use its own crews and equipment on the job, and we are told it was a crew of 36 strong on Monday.