May be similar to fatal 2014 crash involving Rochester couple 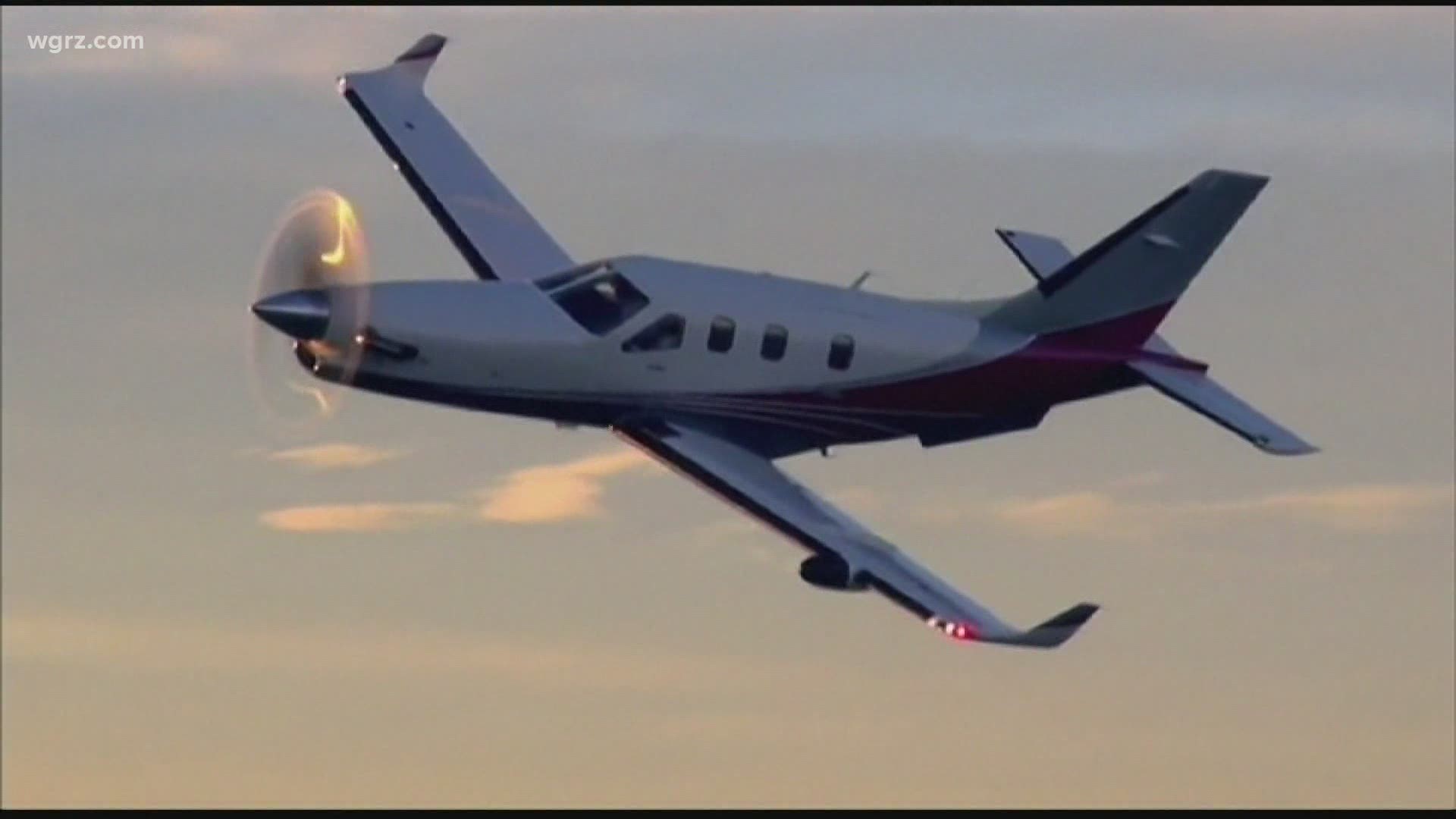 BUFFALO, N.Y. — The wreckage of the plane crash on Friday which killed prominent Buffalo attorney Steve Barnes and his niece Elizabeth Barnes is now on the way to Tennessee for eventual examination by National Transportation Safety Board investigators who did not go to the Genesee County crash site.

We begin with a crash theory from pilot and nationally known aviation safety consultant Greg Feith. He was also a senior NTSB investigator who actually lead teams to crash sites around the country including the 1996 Valujet crash in the Florida Everglades which killed 105 people.

Could Steve Barnes, flying at a very high altitude of 28,000 feet and within 18 miles of where he was going to land in minutes at Buffalo, have suffered from the nightmare condition of hypoxia where a pilot suffers oxygen loss from depressurization of the plane?

Feith feels it is a plausible explanation amidst other theories circulating on social media and various websites. "The controller asked this pilot I believe two times...are you okay? So the controller must have believed or thought that there was something strange about the two way radio communication. So did hypoxia have some sort of effect?  Because it not only affects your motor skills - of course it also affects your decision making and your thinking and processing of information."

He notes it happened before in another Socata TBM turboprop plane similar to the one owned and operated by Barnes. In September 2014 prominent business owners Larry and Jane Glazer of Rochester were en route to Florida but then veered out over the Atlantic and crashed near Jamaica. It was determined both were killed in the crash after they had passed out at the controls from hypoxia and depressurization issues.

Feith also says there could have been some other in-flight emergency for Barnes. Or he says the technically advanced 300 mile-per-hour plane could have simply overwhelmed Barnes with other problems despite his certified piloting prowess. Some pilots have been known to struggle with the high torque turning power of the plane when they attempt to bank one way or the other.

Feith says the loud "whining" noise heard by some witnesses prior to impact may have been from the engine and propeller in the plane as it went into a steep high speed descent similar to a World War II dive bombing plane.

Now the search for clues following excavation of what authorities said was pulverized wreckage from a ten foot deep muddy impact crater in a remote wooded site in the Corfu area. They noted it was a struggle with the high water table in the area and only a few large sections were found.

It was removed under FAA guidance but there was no NTSB on - site presence. The federal investigative agency which is "remotely" handling the investigation said COVID policies prevented them from sending what are referred to as a "Go-Team" of investigators. They say FAA personnel have the skills and training to process the scene on their behalf.

Genesee County Coroner Jeffery McIntire felt they handled the situation. "Yes - we're a small town but this investigation has been done as thoroughly I think as it would have been anywhere else."

And Genesee County Sheriff William Sheron, Jr. says everything was properly documented. "There's photographs, there's video...aerial photography and video that were taken. Witness statements have been turned over to them."

But Feith is concerned about what he feels could be the loss of perspective from being on-site with skilled, trained crash investigators from the NTSB. "That wreckage is going to give some clues or it did...now that it's been moved a lot of that evidence could be damaged, destroyed, or totally lost." He says the trained investigators would have been able to examine parts as they were removed and before they were just packed up in boxes for shipment. Feith says it may now be difficult to determine the actual damage to a part from the accident instead of any damage in the excavation effort with large machines.

Feith also points out the plane flown by Barnes did not have a cockpit voice recorder or so-called black box known as a flight data recorder. He says there could be key data recovered from the avionic or flight instrumentation in the plane which would be found in small fragile circuit boards or chips. He fears some of that could have been lost in the removal process.