In Erie County, nearly 50 cities, towns and villages, pool together to get their road salt - and the taxpayer will pay more this year. 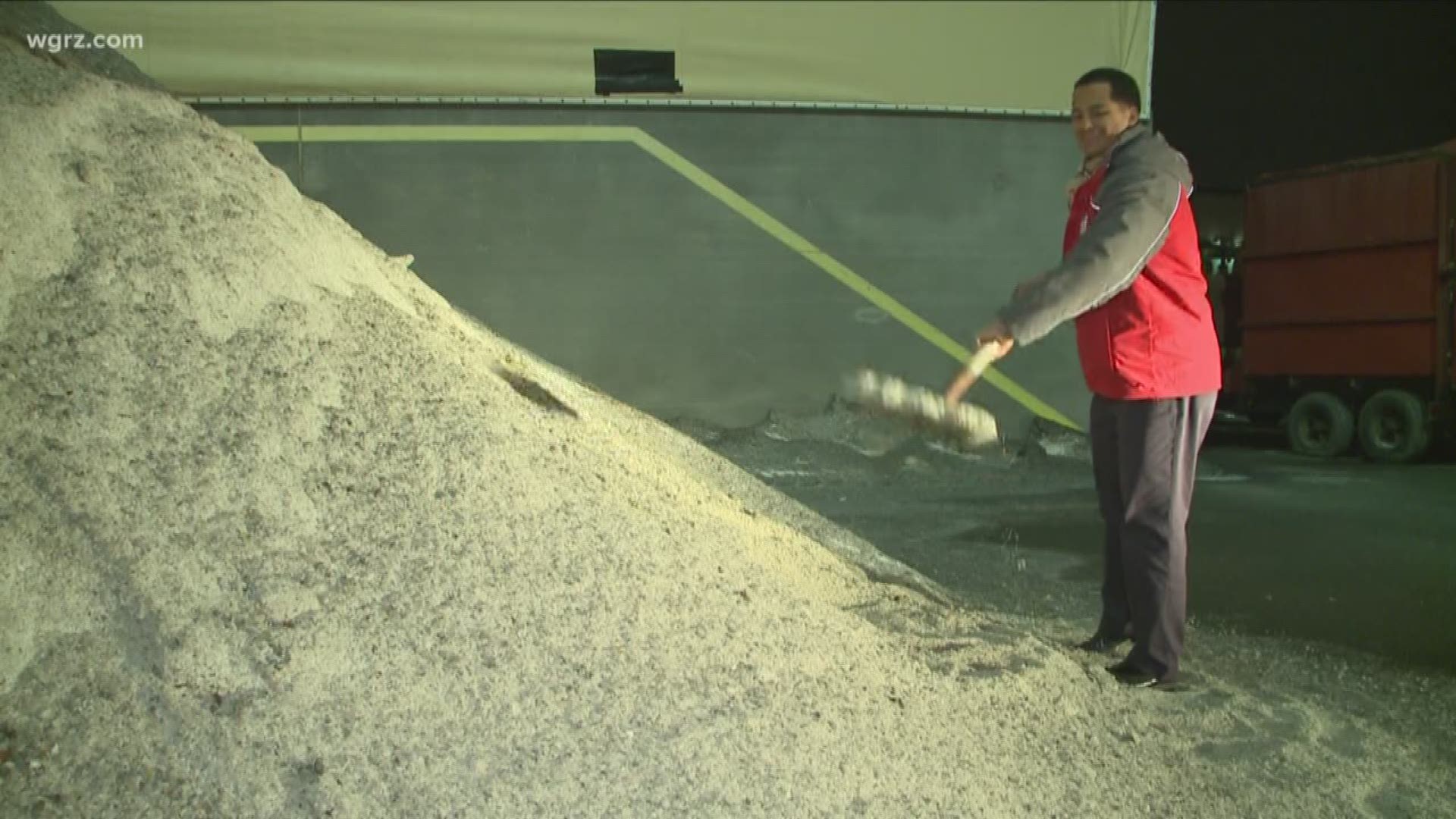 BUFFALO, NY - With the winter weather now here, 2 On Your Side is learning that the price of road salt has gone up dramatically this year and yes, you the taxpayer are covering the cost.

In Erie County, nearly 50 cities, towns and villages, pool together to get their road salt.

That is done to try to keep costs low, but this winter, think of road salt as a fine ingredient: high in price and in great demand.

"It's very high and it kills your budget. You just shake your head. Everybody wants to save tax dollars and all that, but it's tough," said Mark Wegner, the Cheektowaga Highway superintendent.

In Erie County, dozens of cities, towns, villages, even some hospitals and schools, come together to get their road salt. The theory is, if they come together they can get a better price.

The process is led by Erie County which goes out seeking prices from companies on how much road salt will cost. This year, only one company responded -- American Rock Salt -- issuing a ton of salt at $56 -- a $20 increase from last year.

This is a big deal, resulting in budget hits to not only Erie County, but every other city or town that pooled together and were also given the county price. According to Erie County Department of Public Works, the price in road salt contributed to a $400,000 budget hit to the county. And a $185,000 budget hit in the Town of Amherst and a 63-percent price increase in Colden.

City of Buffalo public works commissioner Steve Stepniak says the city won't know how much more it will pay until it goes through its leftover salt supply from last year. How harsh the winter ends up being is also a factor.

"There's nothing you can do, they set the price you got to go with it," Wegner said.

Mark Assini, the chief administrative officer at American Rock Salt says the increase in price is due to other suppliers seeing production shortfalls throughout the Northeast and the Midwest, and suppliers have seen rising costs for overtime and equipment. The company says Erie County's cost is one of the best prices in the state and that in some places the cost of salt has gone up $30 per ton.

Assini said flat out that some towns outside of Western New York may go without road salt this winter because of short supply.

You can view the municipalities that bid on Erie County Salt below: