The store owner hopes to educate the community and visitors about the plant. 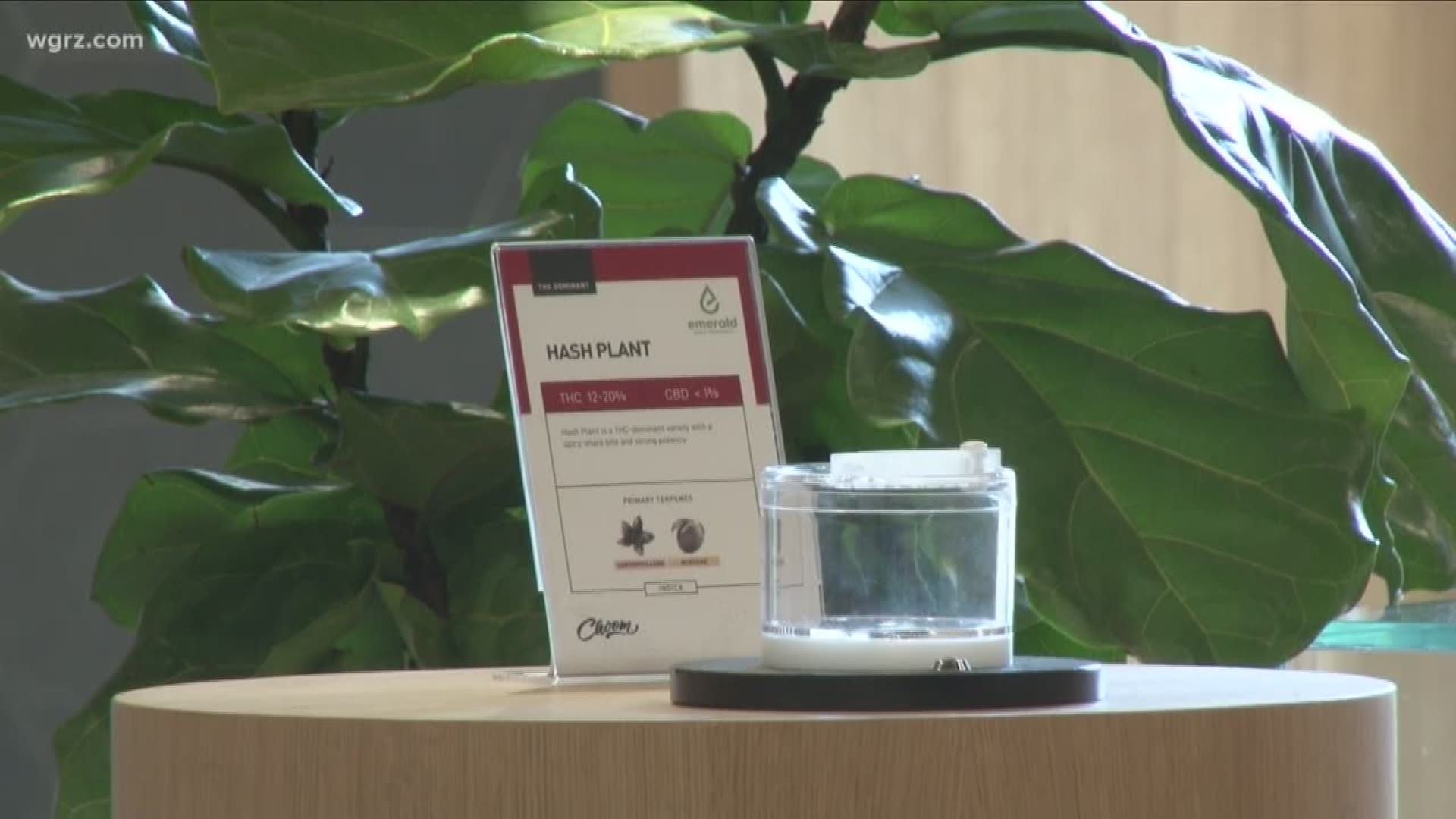 NIAGARA FALLS, ON — As New York lawmakers debate over the legalization of recreational marijuana, the industry is growing just across the border.

On Saturday, Choom Cannabis opened its doors to the public. It's be the first marijuana retailer in Niagara Falls, Ontario.

"It's an evolution from the olden days of when you might have gotten cannabis from the street. We've got a beautiful retail location here," said Chris Gagan, the Senior Vice President of Marketing at Choom.

The store owner Lisa Bigioni said she's looking forward to breaking some of the marijuana stigmas.

Bigioni explained, "There's a wide variety of people that use cannabis for a number of different reasons and I wanted to support that. This is one way, sort of being out in the open and a very warm, inviting space, that I think is welcoming for people to come and purchase cannabis."

Bigioni said they picked Niagara Falls, in part, because of the 14-million tourists who visit the area every year.

Since Choom is located just a few miles from the Rainbow Bridge, company representatives expect to see customers from the U.S.

Gagan said, "It'll be the same for everybody that comes in. I would just say to our American friends that are coming up to make sure you consume it all before you go back across the border because you can't travel across the Canada/U.S. border with possession of any cannabis."

However, officials with U.S. Customs and Border Protection told 2 on Your Side people are doing it anyway.

In fact, they said since it's been legal in Canada, the number of marijuana seizures at the border has more than doubled.

Nonetheless, Bowker said the opening of a marijuana shop across the border won't change their day-to-day operation.

"Ease of access makes it a little bit more problematic because there's more people potentially that could carry it across the border but this is something that officers are on the lookout for anyways," said Bowker.