The Draft Room hasn't been open since the beginning of the pandemic, but last weekend the sports bar reopened its doors and welcomed customers back into the building 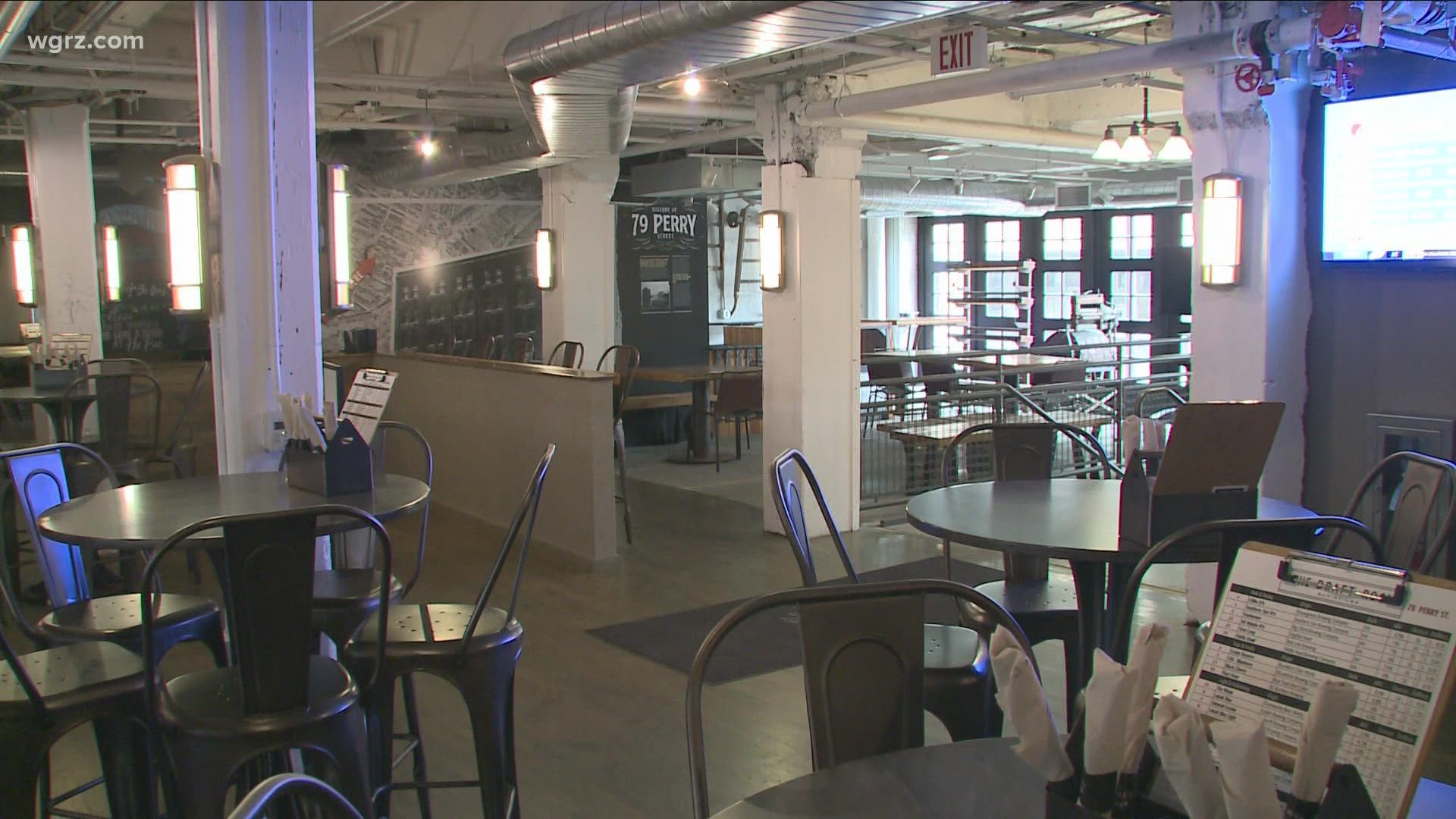 BUFFALO, N.Y. — A popular downtown brew house has reopened its doors after being closed for over a year.

The Draft Room hasn't been open since the beginning of the pandemic, but last weekend the sports bar welcomed customers back into the building. The Draft Room held its grand re-opening on Oct. 14, featuring a band, a variety of craft beers and more.

The brew house underwent some renovations while it was closed. Returning customers may notice a few new things, from how it looks inside, to what's on the menu. One of its newest savory staples is beer crust pizza.

"When you come you'll see a new menu, a new list of draft beer and the same great atmosphere," said Mark Honan, of The Draft Room. "If you're a Buffalo sports fan, this is the place where you want to come watch your teams play."

Pegula Sports & Entertainment announced back in August that it reached an agreement with Select Pour Ventures LLC to manage Room 120, a speakeasy, and The Draft Room. Any customers who purchased gift cards for the brew house prior to its closing can rest easy, according to The Draft Room's Facebook page, because those gift cards will still be honored.

The Draft Room is open Tuesday through Saturday from 11:30 a.m. - 10 p.m. for lunch and dinner, as well as for all events at the KeyBank Center. It's located at 79 Perry Street, right next to the arena. It shares a building, but is separate from the Labatt House, which remains closed.