Should 12-year-olds be allowed to play tackle football? NYS lawmakers are discussing the idea again

Doctors, youth football organizations, and players will meet lawmakers in New York City on Tuesday to discuss banning tackle football for anyone under the age of 12. 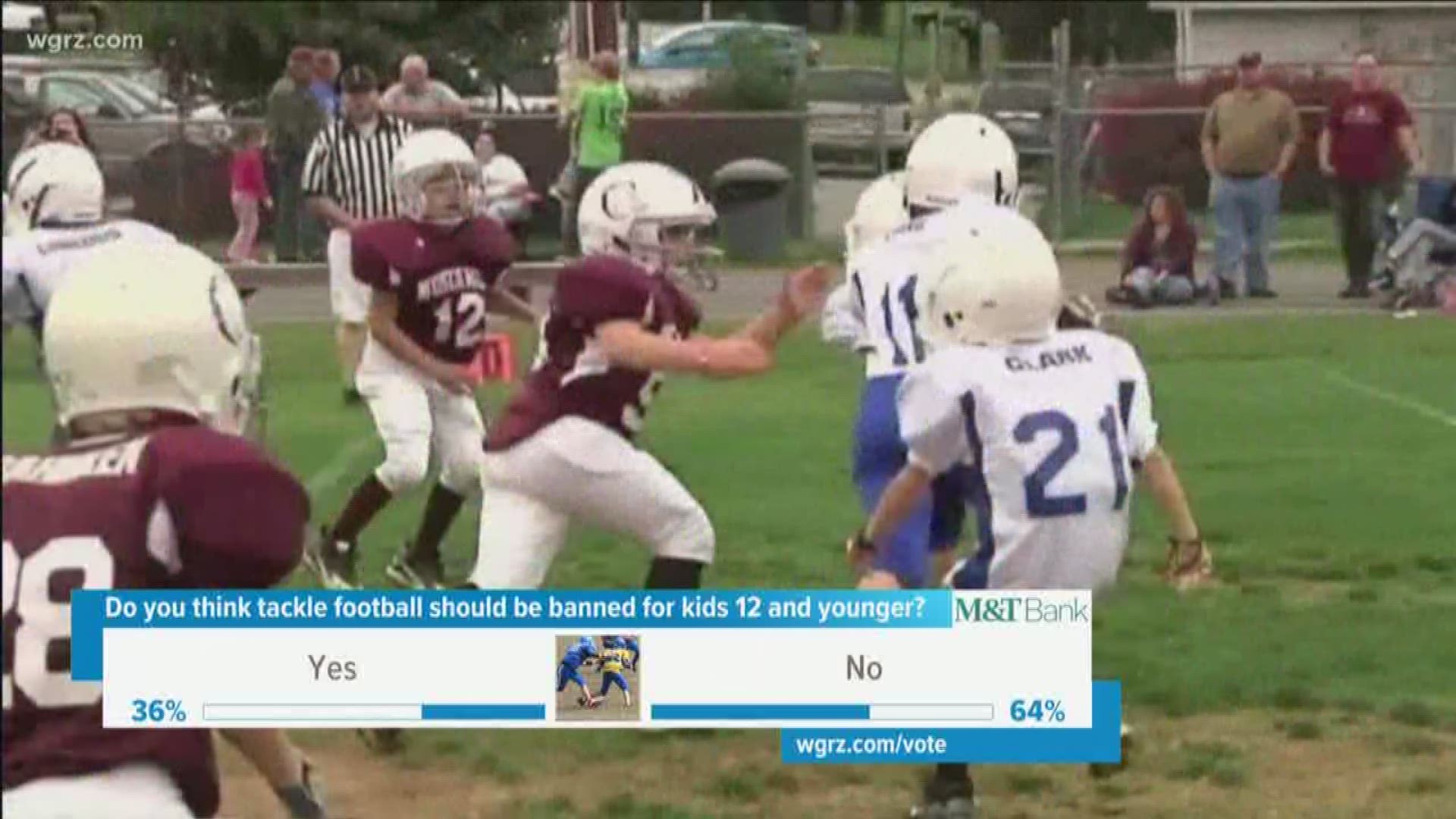 NEW YORK CITY, N.Y. — The state legislature is hosting a committee meeting on Tuesday to discuss the idea of banning tackle football for any children under the age of 12.

This isn't the first time New York State has discussed the issue; back in March, the Niagara Erie Youth Sports Association dropped their frequency of full-contact practices to help protect players between the ages of 12 and 14.

The move followed a Boston University study, which reported kids who play tackle football before age 12 have congnitive, behavioral and mood problems more than 13 years earlier than kids who played after age 12.

Tuesday's discussion will be live-streamed on the New York State Assembly website, beginning at 10:00 am.

Let us know what you think, vote here.

RELATED: Watch the touching moment this football player stunned his step-father by changing his last name

RELATED: Kids light up in PSA that compares youth football dangers to smoking