Syringes cleaned up near LaSalle Park

A viewer contacted 2 On Your Side after finding several syringes near LaSalle Park pedestrian bridge Monday. 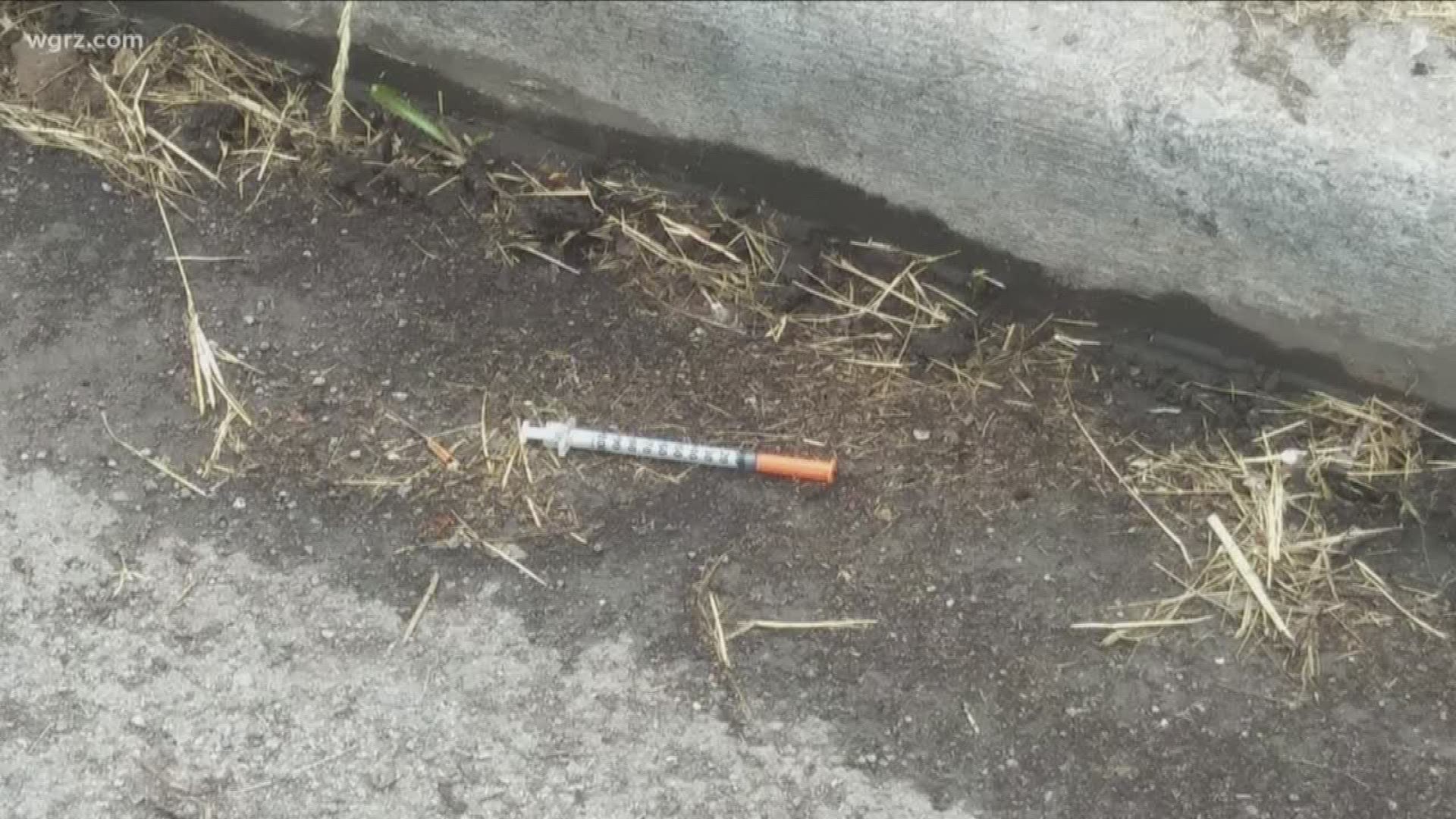 BUFFALO, N.Y. — Imagine taking a stroll in Buffalo’s LaSalle Park and finding several syringes right near a pedestrian bridge that people, especially kids, use every day.

It happened to one man on Monday. He contacted 2 On Your Side, and we got some answers.

In the roughly five years Timothy Gilpatrick has lived near LaSalle Park, he's seen drug use many times.

"It's terrible. I witnessed somebody passed out with a needle hanging out of their arm after shooting heroin," Gilpatrick said.

On Monday, he spotted several syringes near the footbridge.

"The problem that I'm having is children crossing going over to the baseball diamonds. If they pass through here, can they get stuck? Can they get infected? That's my primary concern right now," Gilpatrick said.

So, just like he's done before, Gilpatrick contacted the City of Buffalo. He also contacted 2 On Your Side.

City employees came out Tuesday morning to clean up the needles. They also got rid of some of the weeds and covered graffiti.

Buffalo Police Captain Steven Nichols says the city checks overpasses for needles regularly. The Mayor's Impact Team picks them up, puts them in the proper containers, and when the containers are full, police take them to Niagara Falls, where the syringes are incinerated.

Captain Nichols says if you have any syringes or drugs to dispose of, you should use the secure drop boxes at police stations to get rid of them. Gilpatrick would like to see the city install more drop boxes.

"We like to keep them in a secure facility. We obviously don't want anybody tampering with the box, which is why they're in all of our police stations, but we're always looking for other locations, and we're always open to recommendations. We want to keep the community safe," Captain Nichols said.

"What would you say to your neighbors about this?" 2 On Your Side’s Kelly Dudzik asked.

"Report it. Call 311. Call the cops. If they see somebody over here, and they know that they're shooting up heroin, make it go away," Gilpatrick said.