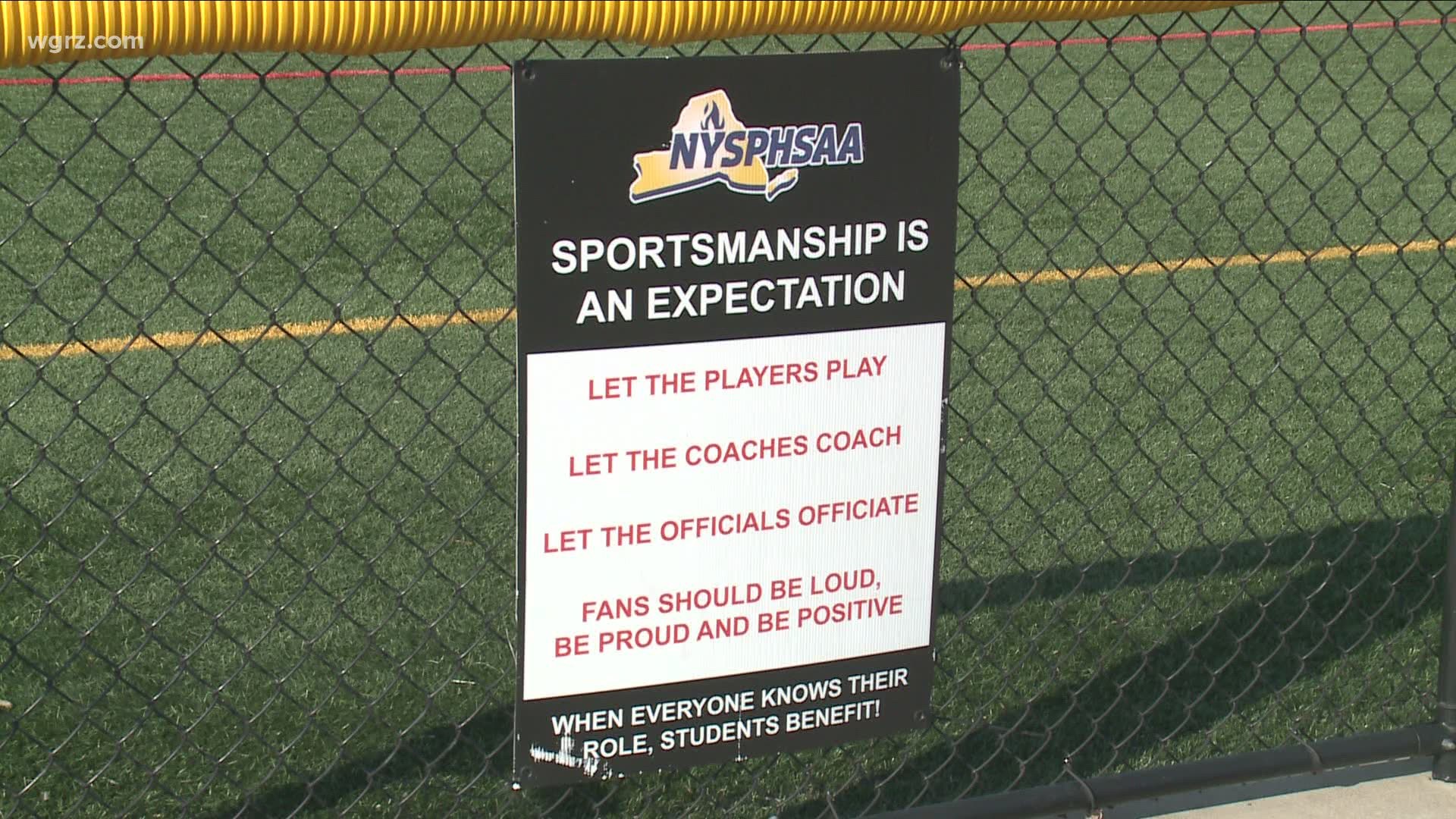 The district held a socially distanced open-meeting in the high school auditorium Monday night. Student-athletes, coaches and parents took to the microphone to share their thoughts and feelings on athletes getting back to practice.

It has been a long time since student-athletes have played organized sports with their schools. Megan Gerber is a Sweet Home student and just started her junior year, she's also a captain on the women's soccer team.

"Sports shape us to be better people, it's not just about now, it's about your life skills and your life lessons," Gerber says.

Jacob is a senior in the #SweetHome district, he is “here to represent all boys and girls soccer.” “We will be willing to do anything if you let us play. We will follow the guidelines. Kenmore League has 157 games this summer, and there wasn’t one COVID case.” @WGRZ pic.twitter.com/Kts4O98Dw0

Along with her father, Megan Gerber was hoping that the school board would make the right decision, and in their eyes, Monday's ruling is proof that they did.

"It's been really hard for a lot of us," she said. "I know some of my teammates and friends have been having a really tough time, we just want to play. It's hard watching people you know in other districts playing when you can't."

#SweetHome School Board clarifies that a decision has not been made yet regarding #fall sports...this mother is passionate, “please we are begging you guys to put our kids back in the sports that they love, to work out and be healthy. They are depressed. Please. Please.” @WGRZ pic.twitter.com/o8KqOqP0mz

Per the guidelines, low and moderate-risk sports like tennis, soccer, cross country, field and swimming are among those that students can begin practicing. High-risk sports like football, wrestling, rugby, hockey and volleyball still require clearance from the state.

Monday's vote was not without controversy. Despite the ruling, there's still concern on the board on whether this decision is in fact the right one. Nadine Ocasio, voted against letting students begin practice.

"This has nothing to do with athletics," Ocasio said. "It has everything to do with the guidance and the governor making decisions and putting districts and regions into incredibly difficult situations."

#SweetHome I just spoke with the spokesperson for @SweetHomeCSD who confirmed the vote was 6-1 in favor of low risk sports and 4-3 in favor of moderate risk sports. @WGRZ