Buffalo’s public transit system ranks 63rd out of 100 as measured by a WalletHub survey. 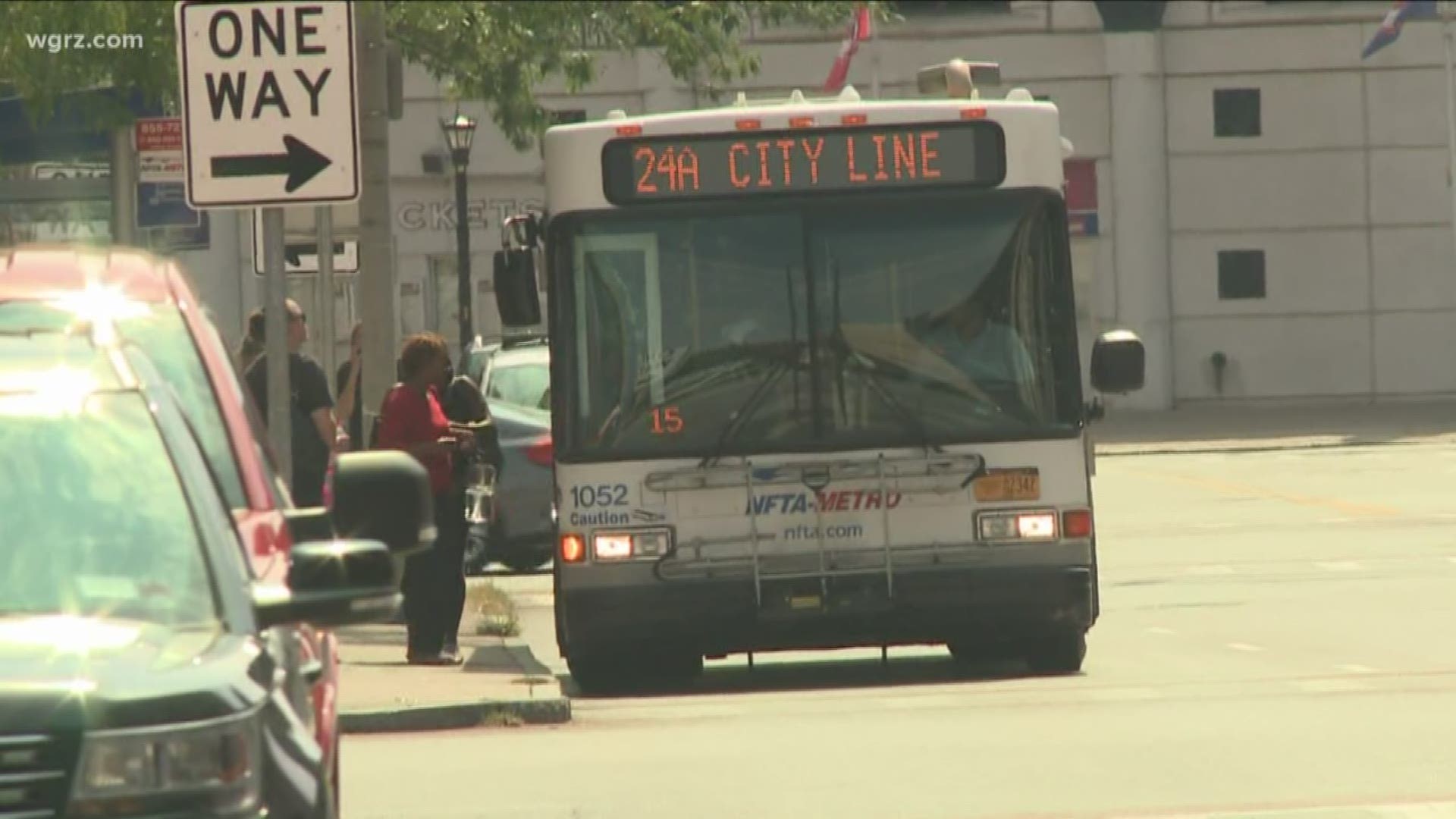 BUFFALO, N.Y. — Buffalo's public transit system operated by the Niagara Frontier Transportation Authority (NFTA) ranks 63rd out of 100 nationwide as measured by WalletHub, which used a variety of factors in producing its list of best and worst systems. While that places the system near the lowest third of those measured, the NFTA still finds reason for optimism.

"Buffalo did better than larger cities that are much more financed like Dallas, Houston and Nashville, so the overall ranking I thought was good,” said NFTA Spokesperson Helen Tederous.

It was sort of mixed bag for public transit in Buffalo, which got high marks for safety and does fairly well (16th overall) in terms of percentage of commuters who use public transit, average commute time, and having enough buses and rail cars on routes in order to meet demand.

It did poorly though in terms of the highest annual ticket price for public transportation, ranking the sixth worst in the country in that category. However, that might be more due to economic factors than the actual fare because it's based on what users pay to ride as a percentage of median annual income.

"If you look at census statistics and sort of compared those regions or cities that don’t do well in that particular category, you will find that they are the cities that have the highest poverty rates,” Tederous said.

In other words, in a poorer city like Buffalo, the impact of fares will be higher on folks even if those fares are in fact lower than fares in other, better-heeled communities. For example, while it costs more ($3) to ride New York City's subway, than it costs to ride Buffalo’s ($2), the $2 fare takes a bigger bite out of wallets in a city like Buffalo where the median annual household income is $34,000 than does the $3 fare in New York where the median annual household income is closer to $58,000.

“And the data that they compiled was from the City of Buffalo and not our entire coverage area so that kind of skews it," Tederous said.

The study also noted the average age of vehicles in the NFTA's fleet is nine years, and by that measure, it operates some of the oldest buses and rail cars on average in the nation.

However, Tederous indicated that could change if the survey were to be taken in another year or so as the NFTA has plans in place to purchase newer buses for the fleet.