A variety of recognizable superheroes, from Wonder Woman to Spiderman, could be found Friday evening at Buffalo's Delaware Park. 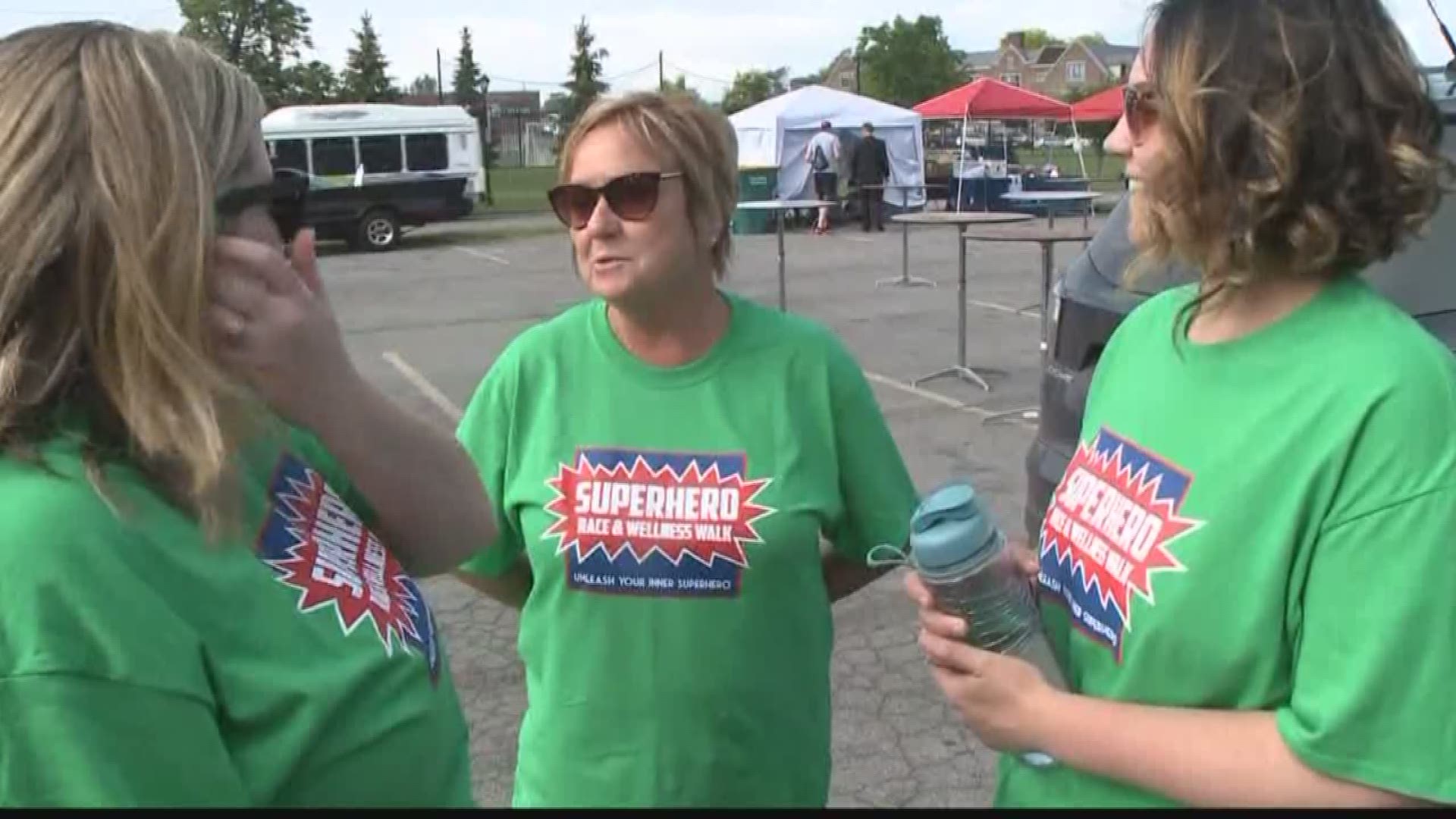 BUFFALO, N.Y. -- A variety of recognizable superheroes, from Wonder Woman to Spiderman, could be found Friday evening at Buffalo's Delaware Park.

Their mission: to raise money and advocacy for community mental health programs.

This was all part of the Superhero Race and Wellness Walk event, an annual 5K that involves the community dressing up as superheroes.

This year's honorary chair was Buffalo Bills Hall of Fame football player Thurman Thomas and his family. 2 On Your Side's Claudine Ewing recently profiled the Thomas family and their daughter, who has struggled with depression and anxiety.

The event comes after Mental Health Awareness Month in May, and a new group called the Erie County Anti-Stigma Coalition has just formed to tackle these issues in the community. The group is all about breaking the stigma of mental health, and making it OK to talk about.

Thurman Thomas says he knows all about that.

The race has been around since 1985, but this is the fourth year the race has had a superhero theme.