One neighbor says her backyard looks like a "bomb went off." 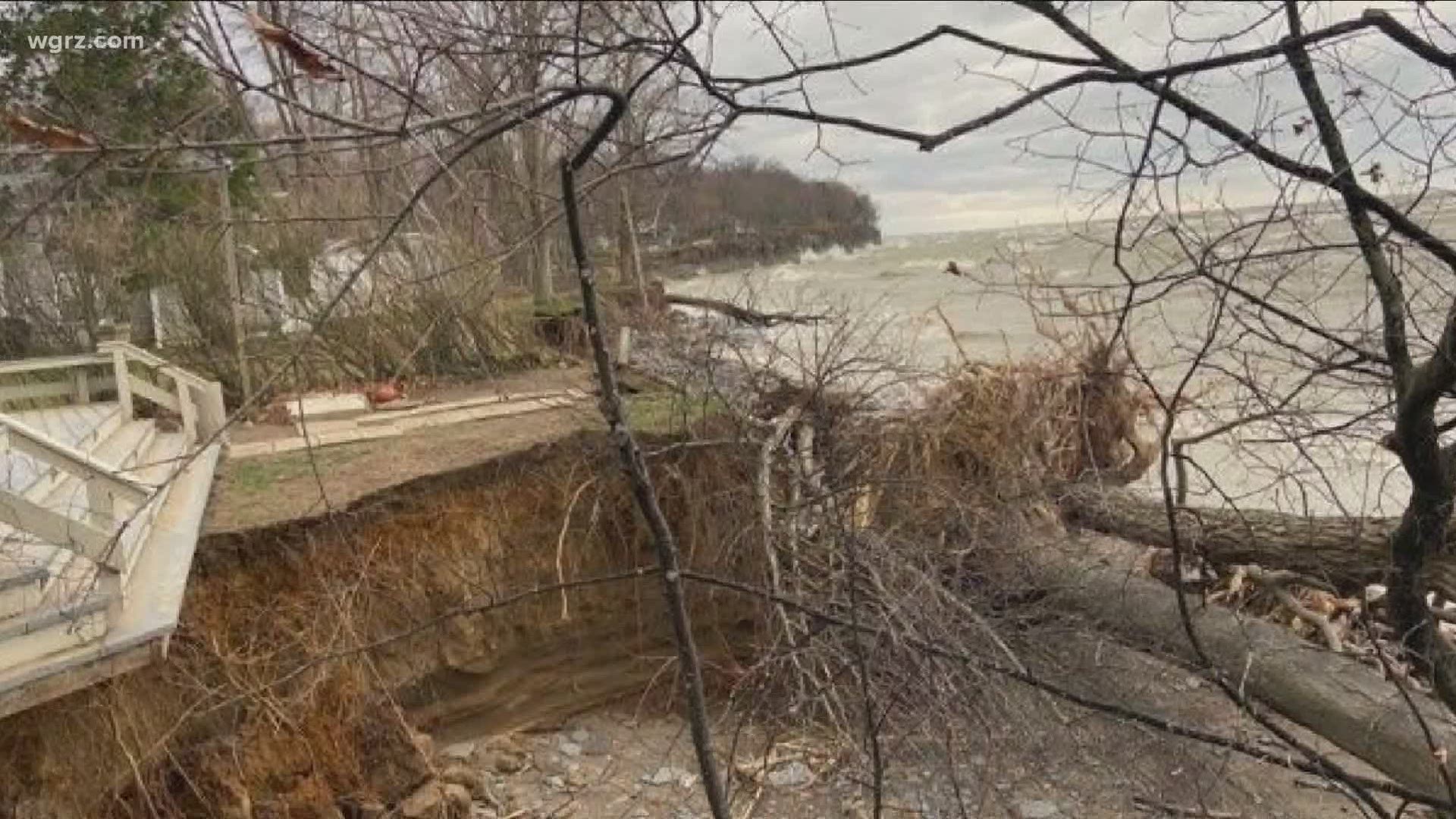 ANGOLA, N.Y. — Cheryl McGuire's beach house looked like a relaxing getaway. Now it looks like a tornado ripped through it, after Sunday's storm took its toll on the area.

"We weren't here at the time and it was very scary for all of my neighbors who were here," McGuire said. "They said it was terrifying, the winds were raging, their houses were shaking and trees were falling. It was a scary time."

That's 10 to 15 feet of property, including part of her deck, completely destroyed by high winds.

"We knew it wasn't going to be good, but it was way worse than we ever dreamed possible," McGuire said.

The damage is similar to what you'd find over at Brenda Clarke's home in Sunset Bay, where a wall meant to hold off the water behind her home ultimately failed.

"Sunset Bay is just as bad as here in Angola. It held off some of the water, but our yard looks like a bomb went off," Clarke said.

It has Clarke and neighbors in Angola frustrated, not just because they will have to spend more money to fix the problem, but because they say they had already tried to prevent this from happening after last October's storm.

Clarke says the DEC gave her permission to build that wall according to their regulations.

Over in Angola, neighbors say someone from the DEC told them to lay down rocks to add protection.

"The things that they've done or told us aren't helping us at all. Financially, it's devastating to anyone who owns these properties," said Cindy Kruez, who owns a property in Angola.

She says she and her neighbors need help to fix this problem.

They've reached out to several elected officials including Town of Evans Supervisor Mary Hosler. They've also tried to contact the state DEC, but say they aren't getting a response on how to move forward.

"Something has got to be done now," Kruez said. "We just don't know what to do. We feel like our hands our tied. Nobody is coming to our help at all to figure out what we can do to save our properties."

"Professionals to come in and tell us how to combat this and financial help," Clarke said. "We can't keep dropping $20-30,000 every year to save our properties. It's just not feasible."

“DEC is committed to assisting shoreline communities affected by the recent storms and increasing resiliency along all of New York's Great Lakes shorelines.

"A DEC staff member was in Angola today to follow up with a permit applicant.

"Homeowners concerned about potential shoreline erosion or property damage are encouraged to contact the local municipality in which they reside.

It's also worth noting that 2 On Your Side's Danielle Church did run into someone from the DEC who was assessing the damage Tuesday afternoon.

2 On Your Side also reached out to Hosler who says she had spoken to several neighbors who called her.

She also says anyone who is experiencing flooding can request pumps from the town by contacting 549-3600.