The marina needs extensive dredging in order to reopen, but the town supervisor published a notice, saying it may remain closed for the season. 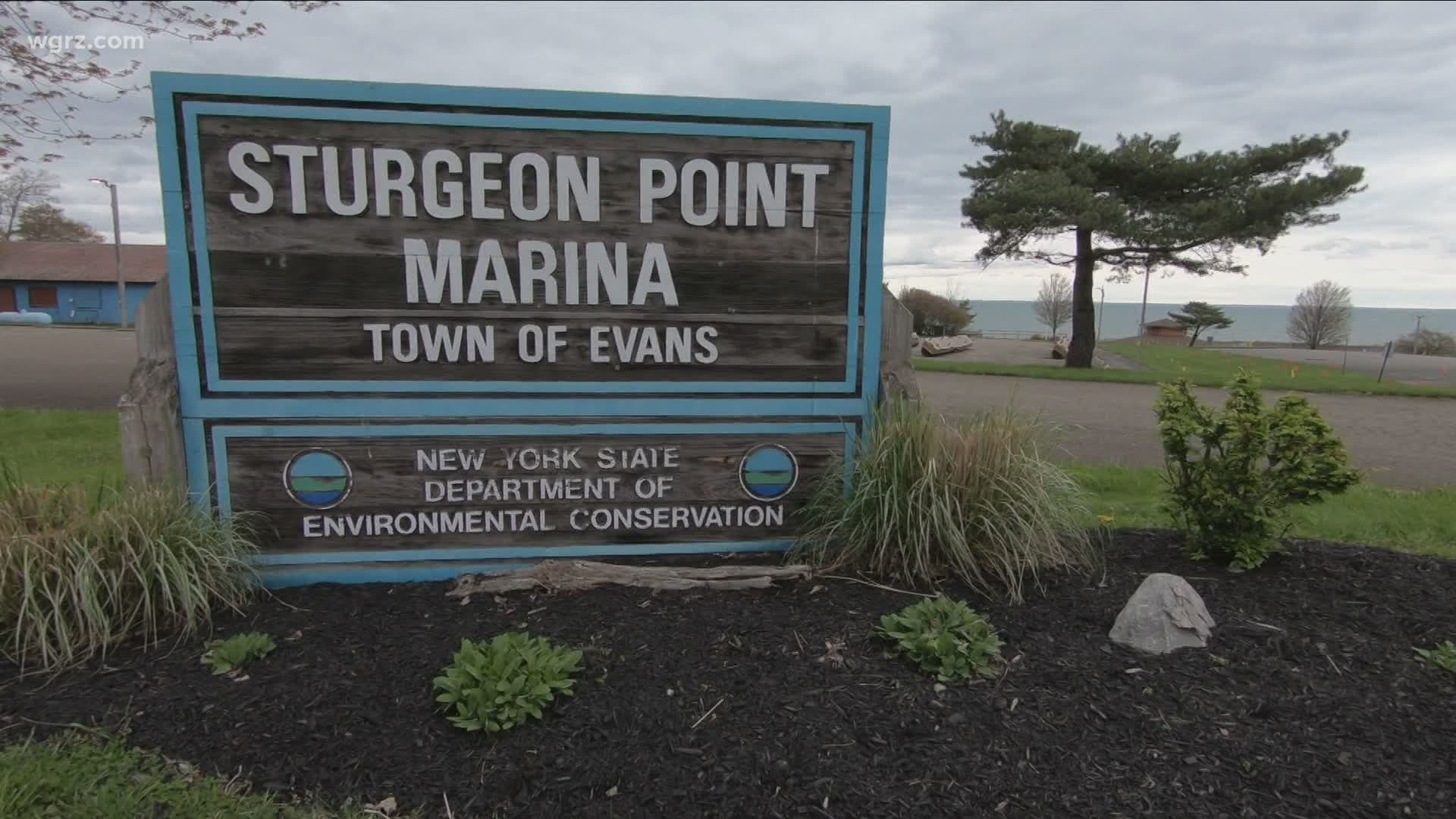 ANGOLA, N.Y. — Those who own or rent a slip at Sturgeon Point would normally be preparing for the upcoming boating season around this time of the year.

According to a statement issued to the town, however, the marina might not be opening.

On April 30, Town Supervisor Mary Hosler said in a letter that the town was seeking $300,000 in emergency funding to dredge the Sturgeon Point marina. If the funds couldn't be raised, the marina wouldn't be able to open for the season.

Currently, a build-up of sediment at the entrance of the marina wouldn't allow a boat to safely enter or exit Sturgeon Point.

In mid-April, U.S. Sen. Chuck Schumer sent a letter to the Army Corps of Engineers to assist the town in remediating the situation as soon as possible.

"The harbor is one of the few safe harbor marinas along the Lake Erie shoreline, and its continued operation is vital to the critical economic activity it supports. I am calling on Army Corps to honor its previous commitments to clear the navigation channel, and provide the Town of Evans the help it desperately needs to conduct the maintenance necessary to open the marina as soon as possible," Schumer said in a statement.

At the town board meeting Wednesday night, residents expressed their growing frustration.

"As you know the townspeople are really upset at the moment," one resident said during the open comment period. "And as of yet, we haven't been given a good reason why it's not open."

Another resident went a bit further, giving the town board a deadline to get the situation figured out.

"If you people can't get together and figure out who you're going to pick [to dredge the marina] then the people of the town are going to take control," they said.

The town of Evans and the Army Corps of Engineers have a long-standing repair agreement with each other. According to the town supervisor, the town has asked for funds as part of that contract to alleviate the costs of the dredging.

In 2019 it was announced by the Regional Economic Development Council that $1.2 million had been allocated to repair the breakwater at Sturgeon Point. That project had an estimated completion date of 2024 was announced.

It's not clear if that break wall work has actually begun.