Saniyya Dennis, 19, was reported missing on April 24, and she may be in need of medical attention. 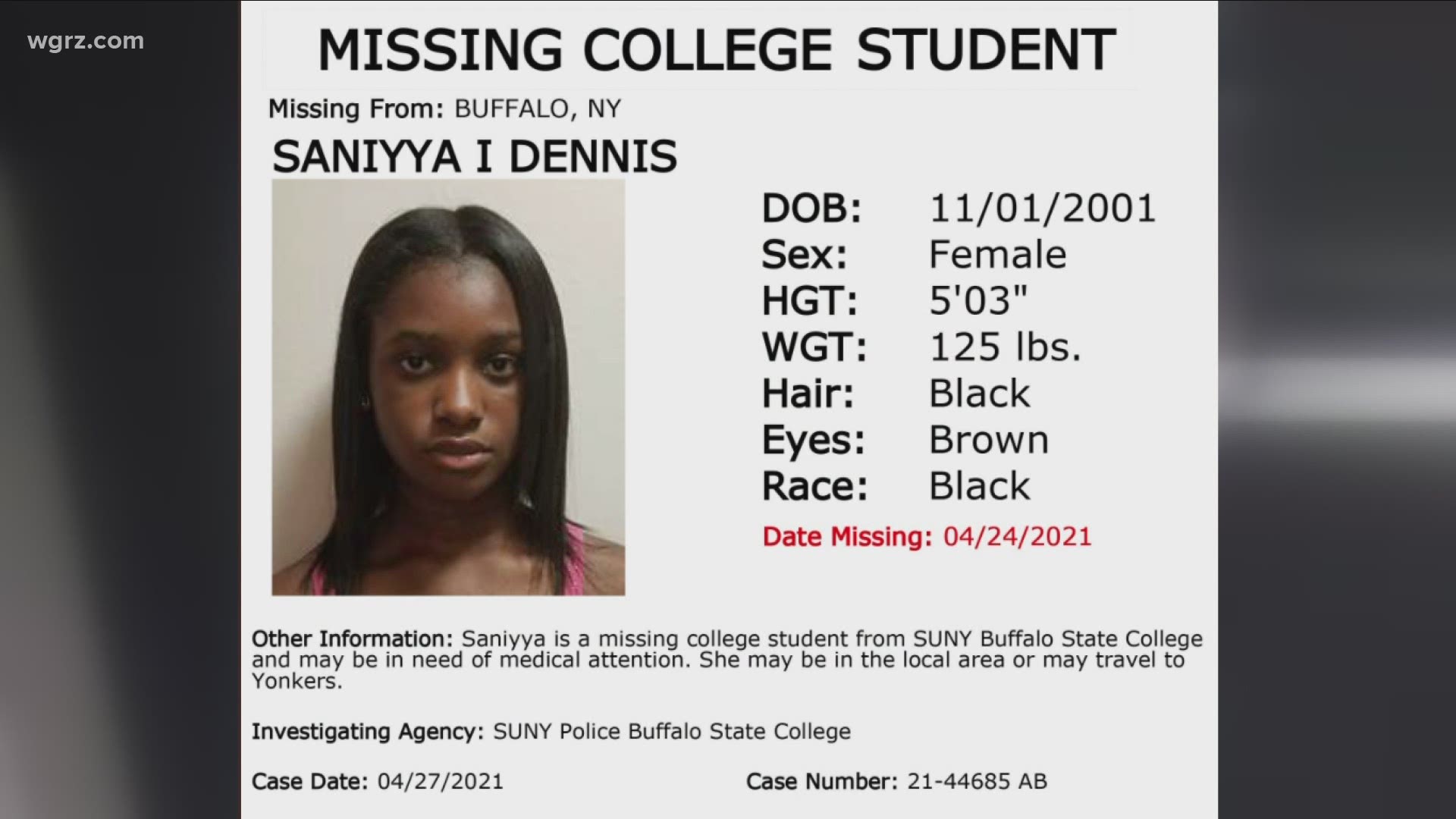 BUFFALO, N.Y. — A student from SUNY Buffalo State College has been reported missing, according to the NYS Missing Persons Clearinghouse.

Saniyya Dennis, 19, was reported missing on April 24; she was last seen leaving her residence hall around 11 p.m. The University Police Department at Buffalo State College says there is no evidence of foul play at this time.

The NYS Missing Persons Clearinghouse says Dennis may be in the Buffalo area or may travel to Yonkers. She may be in need of medical attention.

Dennis is a Black woman with black hair and brown eyes. She is 5 feet, 3 inches tall and weighs 125 pounds.

Anyone with information about her whereabouts is asked to call Buffalo State’s University Police Department at (716) 878-6333 or email police@buffalostate.edu.

UPD is requesting the public’s assistance in locating a @buffalostate sophomore who has been missing since 4/24. Saniyya Dennis, 19, was last seen on campus leaving her residence hall around 11:00 p.m. Saturday. Read more: https://t.co/TQiB3dUiyk pic.twitter.com/dP02zbWsev