Cheektowaga Police Assistant Chief Brian Gould said one firefighter was dehydrated, and a second had a cut on his arm. 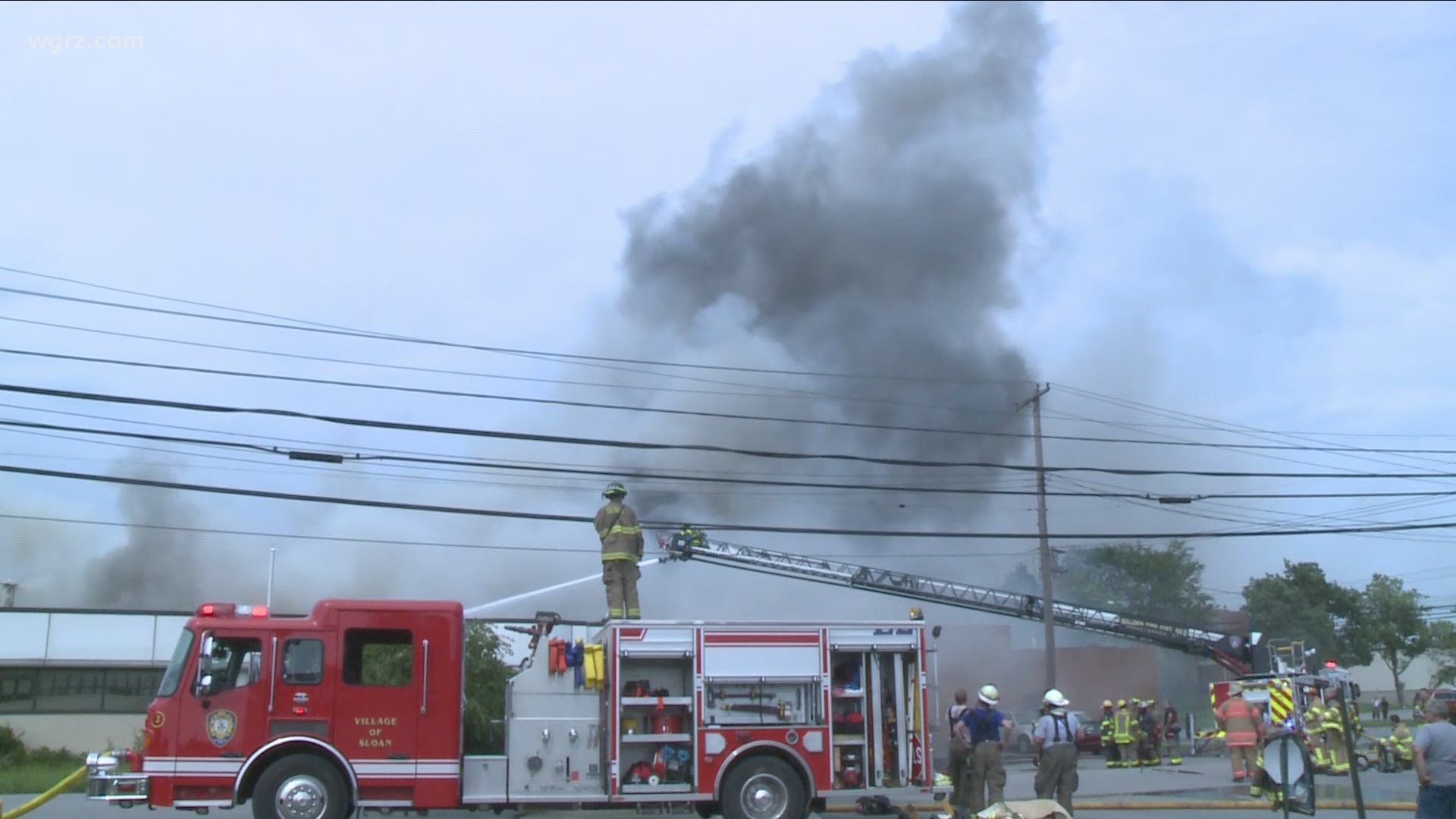 CHEEKTOWAGA, N.Y. — A large fire on Dale Road in Cheektowaga had a busy part of Walden Ave. shut down for hours on Thursday. The site of the fire was almost directly across the street from the Walden Galleria.

Two firefighters needed treatment after battling the blaze according to Cheektowaga Police Assistant Chief Brian Gould. He said one firefighter was dehydrated, and a second person had a cut on his arm. Both were taken to Erie County Medical Center for further evaluation.

Crews eventually moved to tearing down portions the building that kept catching fire. There were pockets of fire that crews couldn't safely get to especially with the ceiling collapsing. They have an excavator tearing down the building back to front working up to Dale Road.

All 10 volunteer Cheektowaga fire departments and some backup from Amherst and Williamsville fire companies assisted on the scene.

A 2 On Your Side crew scene said at roughly 8 p.m., an excavator was called in to tear down parts of the building. At that point, firefighters were still searching for hot spots and had spent spent hours at the fire.

The fire call came out shortly before 3 p.m. Thursday. Cheektowaga Police say the building was currently being used for storage by a private citizen. The mutual-aid fire brought out firefighters from much of the town, as well as Lancaster and Depew.

Walden Avenue was closed in both directions between Galleria Drive and Thruway Plaza Drive during the evening commute and was expected to be closed for most of the evening.

Walden Avenue from Anderson Road to Harlem Road was reopened some time past 10 p.m.

#UPDATE: An excavator has been called in to tear down parts of the building, firefighters are still searching for hot spots. Crews have now spent five hours at this fire. @WGRZ https://t.co/pM20yqYxcb pic.twitter.com/85t2x1dkjw