$5 million worth of work beneath streets near Towers Boulevard. 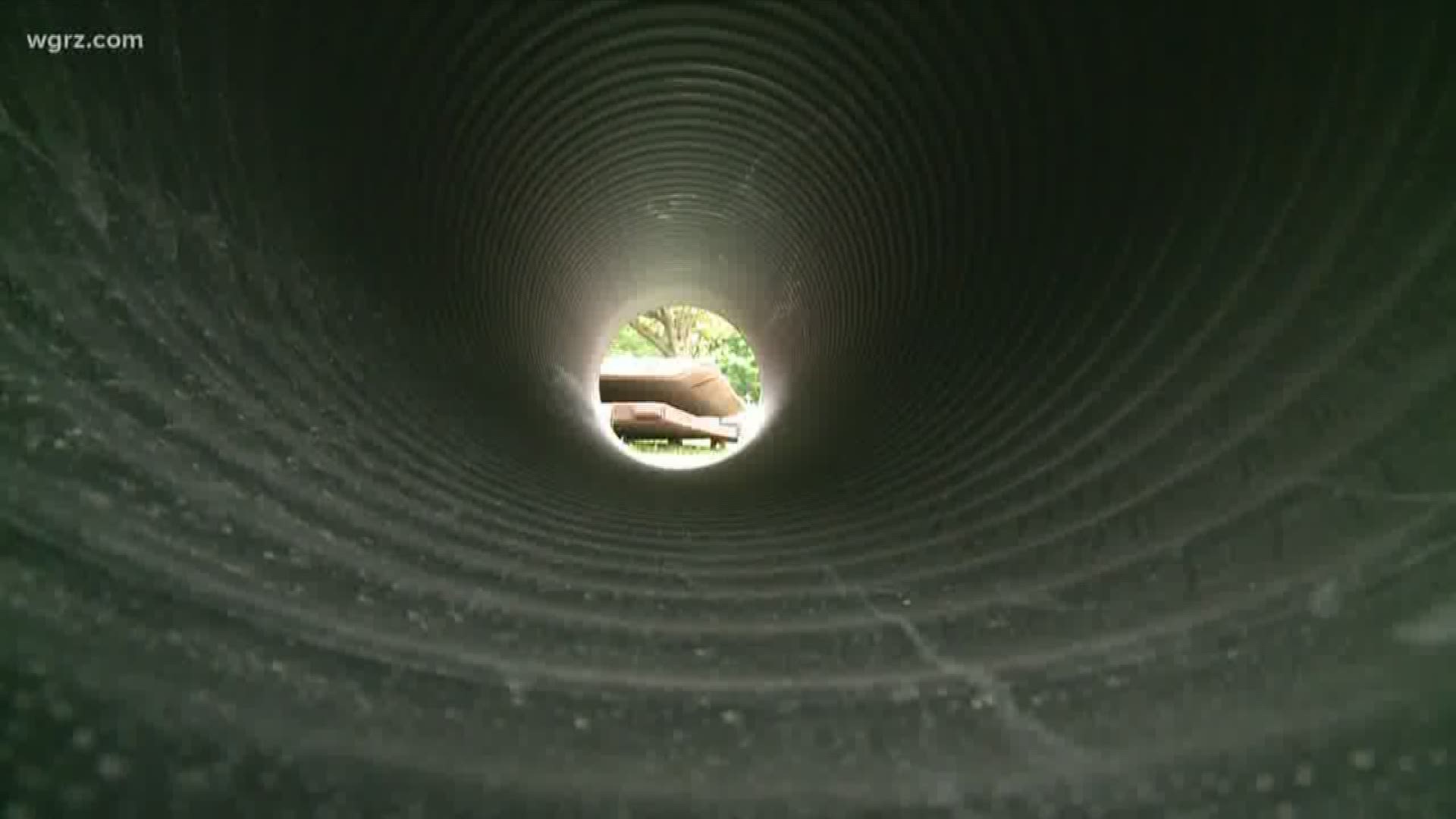 CHEEKTOWAGA, N.Y. — Some long-sought improvements are underway in hopes of bringing relief to a flood prone Cheektowaga neighborhood, and to finally fix a problem that has cropped up several times over the past 50 years.

The streets off Towers Boulevard, in particular the ones with French names near Eiffel Park, are no stranger to periodic floods.

After the last bout of flooding last August angry residents stormed not the Bastille, but the town hall instead.

Less than a year later a $5 million storm sewer replacement is underway.

“We came up with a design we hope will alleviate the flooding," said Town Highway Superintendent Mark Wegner.

The 12 inch storm sewer line beneath the streets is being replaced with 42 inch diameter pipes which are more than three times as wide, and can handle 12 times as much water.

In addition, when the streets were built in the 1960’s, according to Wegner, there was on average four sewer grates installed on each one.

“That was a problem and we want to get the water off the streets as fast as possible," Wegner said.

Now there will be 36 so called receivers on each street, which is nine times as many.

As well, where the system ultimately discharges storm water into Slate Bottom Creek, a single 12-inch pipe has also been replaced by twin 42-inch discharges.

While the town cannot replace those driveways, the increased capacity of the storm sewers will allow homeowners for the first time, if they choose, to be able to discharge their sump pumps and gutters directly into the storm sewer now that it's large enough to handle such a load.

However, homeowners wishing to do that will have to do so at their own cost by hiring a contractor who might charge $400 to $500 on average, according to Wegner, who says the work should be completed before the end of summer.