'We always want to strive to eliminate the dangers of being a firefighter,' said Chris Couell, the Erie County Fire Safety Deputy Commissioner. 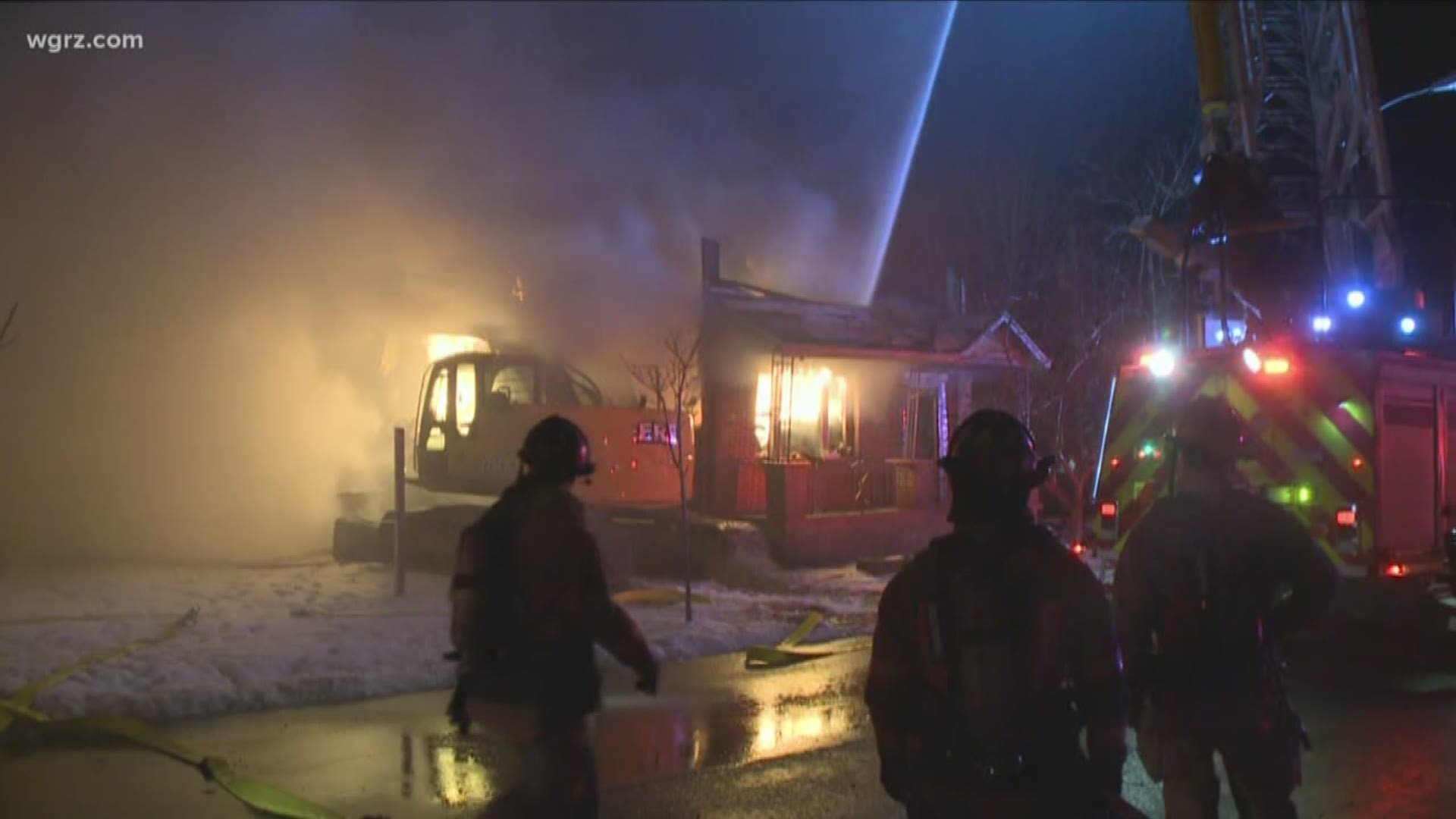 NEW YORK — Every day firefighters put their lives on the line to protect others, and when their shift ends, some of the risks they face still linger.

That's because of the potentially toxic contaminants they encounter while on the job.

"We want to make sure that the firefighters are aware that the chemicals, and the soot, and the smoke, and the particulates that get on their clothing during a structure fire, during training, is dangerous. It can cause, probably can cause, cancer," said Chris Couell, the Erie County Fire Safety Deputy Commissioner.

According to a release from the New York State Division of Homeland Security and Emergency Services, two studies by the National Institute for Occupational Safety and Health show firefighters are being diagnosed with cancer at a 9 percent higher rate than the general public and are experiencing cancer-related deaths at a 14 percent higher rate.

“State Fire is taking the lead in New York to help firefighters make the changes necessary for protecting their health,” New York State Fire Administrator Francis Nerney said in a release from the state.

“Smoke from every fire contains toxic chemicals linked to cancer and by taking basic steps to educate our brothers and sisters in the fire service, we can begin to change the culture and get the safe behaviors we are promoting into action.”

Couell told 2 on Your Side, "We want to start cleaning up that decon, that initial gross decontamination of the fire gear right at the scene."

Couell added, "Just by taking normal soap and water and washing firefighters down after a structure fire, or after they've been exposed to smoke or fire, can eliminate 85 percent of those cancer-causing particulates on their clothing."

The New York State Office of Fire Prevention and Control takes that risk seriously, announcing a statewide effort to help protect firefighters and their families from the threat of cancer.

These are the basic protocols established by the state:

Many of those practices are already being taught in Erie County.

"When they go in and do their structure fires and practice and learn how to be firefighters, they actually will come outside and practice decontamination at the same time. It's part of our protocol now in our teaching process," Couell said.

On a local level, Couell told 2 on Your Side their efforts go beyond the statewide protocols.

"We are being proactive here at the county," he said. "We are installing a washer that's specifically designed to extract the bad things out of fire gear and a dryer system for our instructors to use because they are the ones who are most exposed to it on a daily basis."

Couell said he's happy the state is putting this information out there to make firefighters more aware of risks and prevention.

"We always want to strive to eliminate the dangers of being a firefighter. It's a dangerous occupation so this is just one more step in preparing for that," he said.

According to the state, throughout the next year, experts will travel across New York to bring these protocols directly to firefighters in educational sessions at local fire departments.

Additionally, the state has put out a new educational video explaining the protocols and the risks firefighters face. That video is posted on YouTube on the New York State Department of Homeland Security and Emergency Services channel.