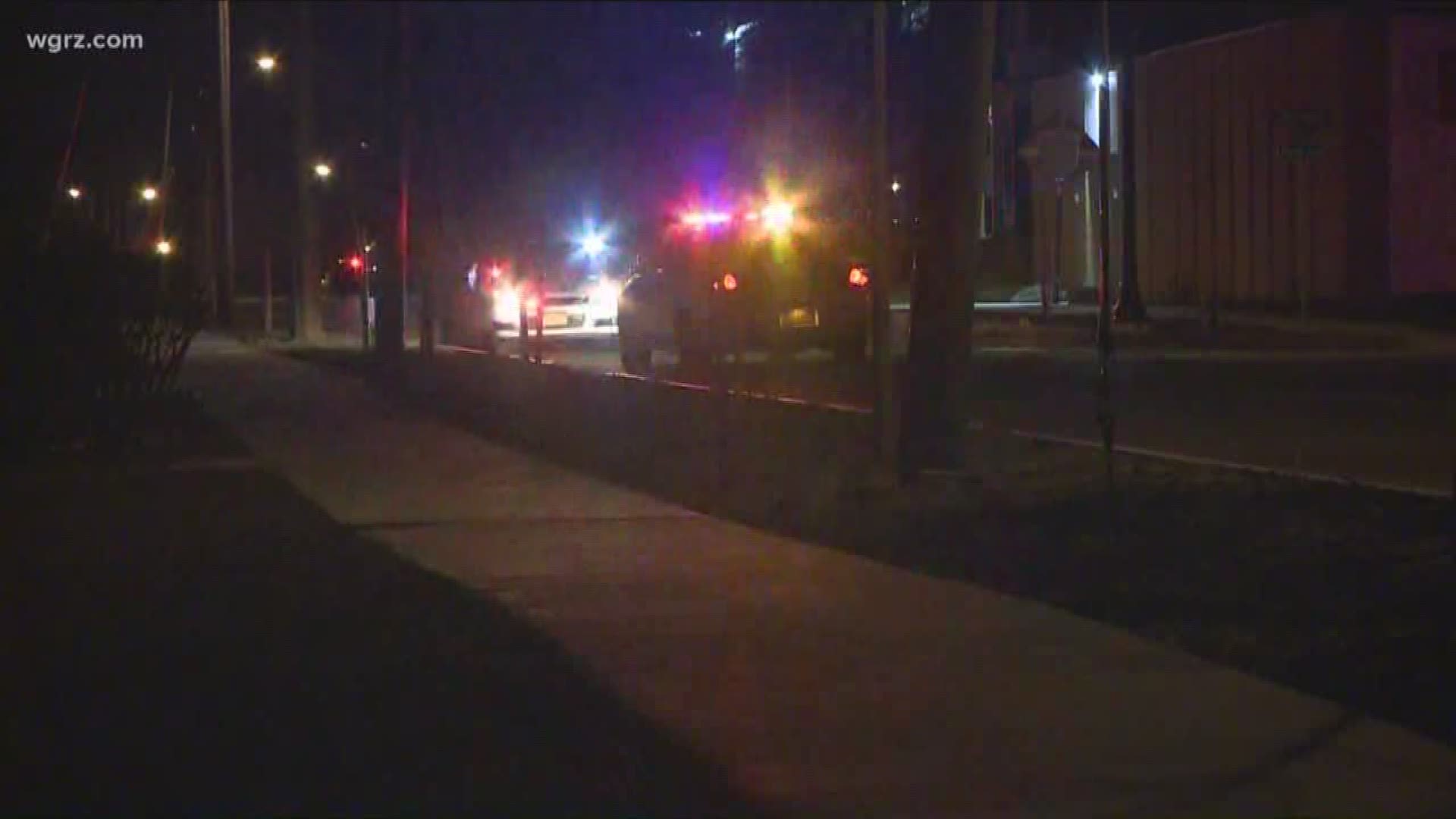 Residents on Cedar Avenue between 3rd and 4th streets are still evacuated from their homes while police investigate an incident that began on the New York State Thruway on Wednesday morning.

That area will remain closed while the Forensic Identification Unit from the State Police investigate the scene.

New York State Police said the evacuation order Wednesday night was at Cedar Avenue and 3rd Street "as a precaution in an ongoing investigation."

State Police, Niagara Falls Police and the Niagara County Sheriff's Office were all on the scene, where they were executing a search warrant for the residence of a Niagara Falls man who was taken into custody Wednesday morning.

Later, James O'Callaghan of the State Police said Red Cross was assisting people who had evacuated.

The removal of explosives was the end of a series of events that began Wednesday morning, when the Thruway was shut down in both directions near Silver Creek for more than three hours.

State Police were looking for a vehicle suspected in a menacing incident involving a shotgun. Troopers located and pulled over the suspect vehicle shortly after 9:30 a.m. on the thruway in the Town of Hanover.

Two troopers were hurt in an ensuing confrontation. One of the Troopers has several cuts. Another has a broken hand.

The suspect was taken into custody and was treated for injuries.

Several weapons and a suspicious package were found in the vehicle, and the State Police Bomb Disposal Unit was called to clear the scene.

"When he confronted that trooper, he did not have a weapon in his hand. So, he just walked up to the car, but obviously very aggressively. Once the trooper gave him commands, he did not comply, and that's when they started fighting, and then once that started, another trooper arrived at the scene," O'Callaghan said.

RELATED: Portion of I-90 closed due to police incident; 2 troopers injured

RELATED: Economic effect of coronavirus comes at critical time for the college-bound