Forest Lawn, which owns St. Matthews Cemetery in West Seneca, filed a petition with the courts to get approval to relocate graves at St. Matthews. 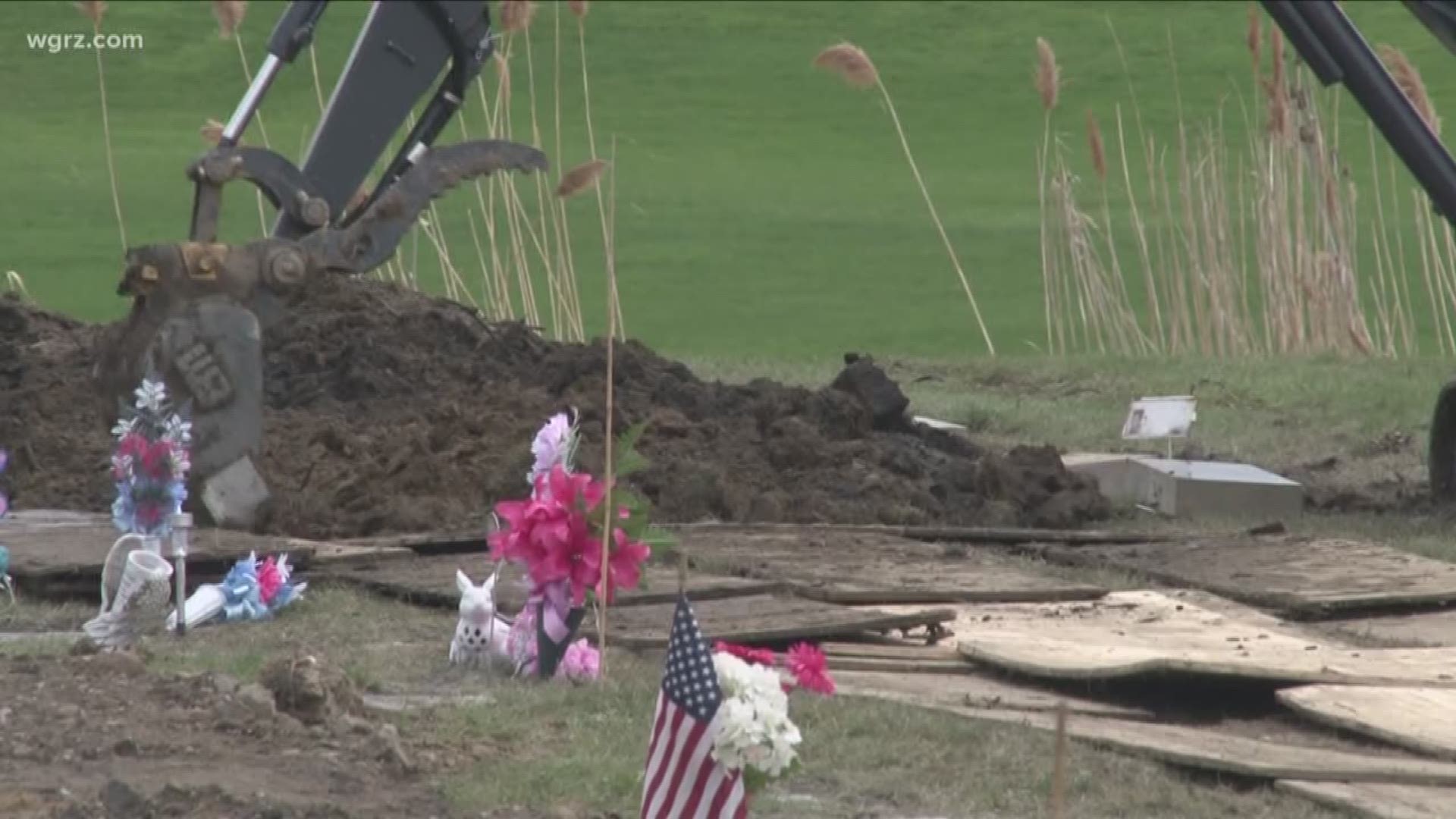 BUFFALO, N.Y. — There are some new developments in that situation at a West Seneca cemetery, where caskets were moved a few weeks ago, and families were not notified. That issue is now in court and for the first time, went before a judge Thursday.

In Erie County Court, arguments were made for and against whether a judge should approve the removal of caskets at St. Matthew's Cemetery in West Seneca.

If this all sounds backward -- that's because it is -- St. Matthew's already relocated 220 graves in late April from a crumbling portion of the cemetery to a more stable area.

Families weren't notified until after the fact.

"There was one thing to do and protect the dead that's what I do and have done for 30 years and I know I did the right thing by putting the beloved dead in a safe place," said Joseph DiSpenza, the president of Forest Lawn.

But, state law says a cemetery cannot remove caskets without consent from a family member or a judge.

Attorneys for Forest Lawn explain why they're seeking approval from the court now.

"It's just not practical for us to get consent from 215 different families so our only option is to go to court and get it," Michael Risman, an attorney for Forest Lawn said, "it's a simple matter we're not here to undermine any future lawsuit we're just trying to establish the status of the graves."

But, attorneys for families impacted suspect the order, if approved, could be used against them.

"We would certainly expect that if the judge does grant this that the cemetery then in any other litigation try to rely upon that the judge did grant them permission after the fact," said defense attorney Barry Covert.

There's still the possibility of a civil lawsuit against Forest Lawn.

"We just simply state that the court not grant this," Covert said.

At St. Matthew's, cemetery officials say this section along Cayuga Creek continues to fall into the water.

In court, several families impacted by the casket relocation went before Judge Dennis Ward, some with raw emotions of shock, sadness and anger that they weren't told their loved ones would be moved.

Even if Judge Ward does not grant the order to relocate caskets, Forest Lawn says the graves would not be moved back.

Attorneys for the families impacted have said that only minorities have been affected in this situation.

Forest Lawn responds saying that's ridiculous and there is no racial issue here.

This case will come back up in late July, Judge Ward is not expected to make a decision by then.