Speed cameras, readers, and humps: Buffalo's way of trying to slow drivers down

Outside nearly 40 schools, Buffalo public works crews are putting in new crosswalks before students return for another year. 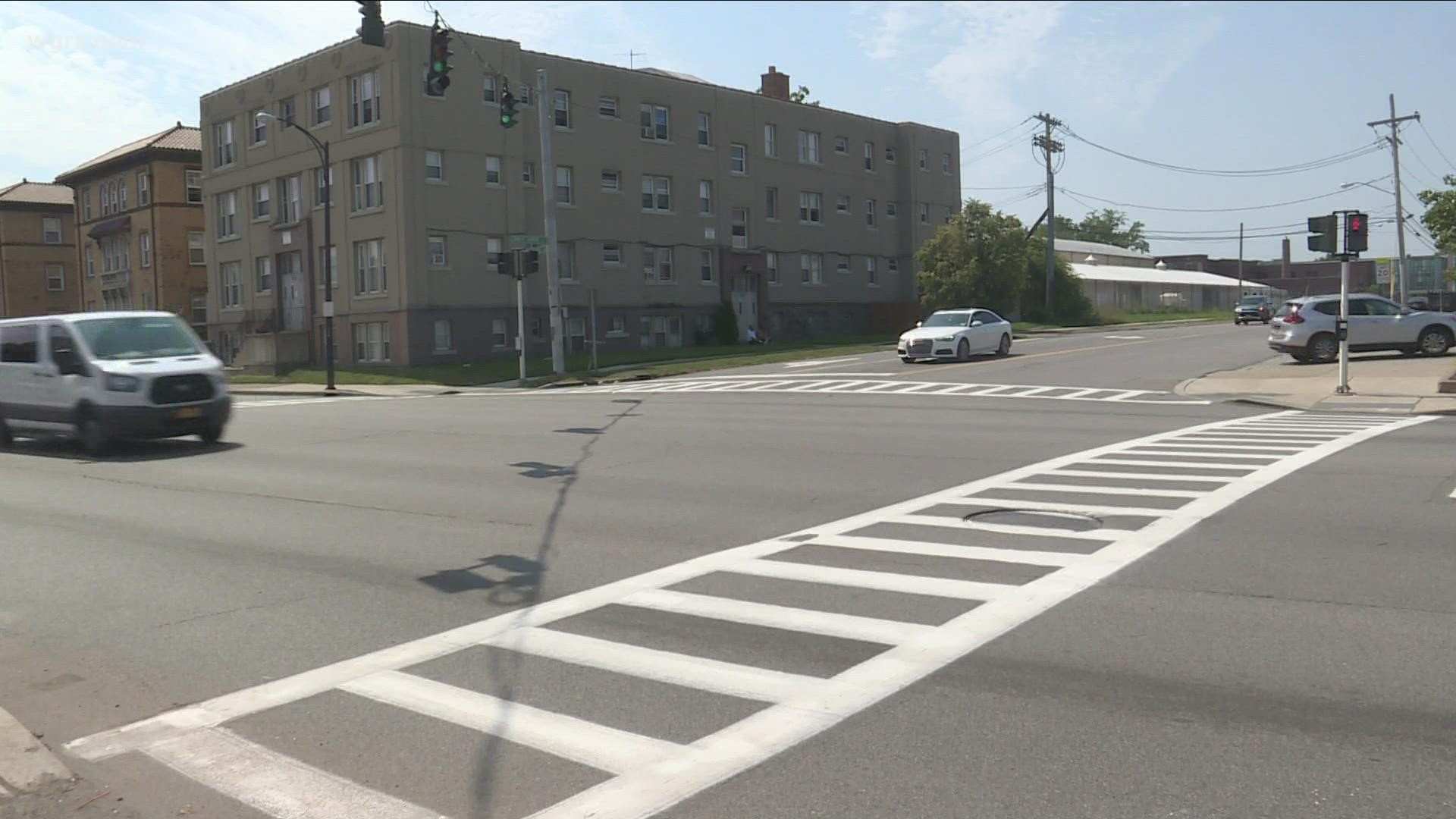 BUFFALO, N.Y. — There are a number of efforts underway in the City of Buffalo all geared to getting drivers to slow down.

This is especially important has kids return to schools over the next couple of weeks.

Outside nearly 40 schools, Buffalo public works crews are putting in new crosswalks before the start of the school year. The crosswalks can already be found at Delaware and Great Arrow avenues and Bailey and Kensington.

"Those high-visibility crosswalks at all those schools to highlight for drivers that they're entering those zones," said Michael Finn, commissioner of Buffalo's Department of Public Works.

About 40 speed readers are on their way and will be put in high traffic areas.

The city is also conducting a speed hump survey in residential neighborhoods.

As 2 On Your Side reported earlier this week, some East Side block clubs feel the survey is a waste of time.

"We're like, feedback on speed bumps? We've made noise for the past four or five years, what else do you need to know from us?" said Renata Toney, a Arden-Newburgh Block Club member. "Until after the Primary and suddenly you know everybody's interested."

Some block clubs have talked to us, saying that they have wanted these speed humps for years now and they're questioning whether this is coming up because there's an election.

"Because of the pandemic, the $3.5 million to provide the funding for the permanent speed humps wasn't approved until July of this year," Buffalo Mayor Byron Brown said.

We also got an update on the city's disbanded speed zone camera program. The cameras need to come down by September 1.

"The program has ended, the cameras are not functioning," Brown said. "I can't tell you what the process is for removing the cameras. I can tell you as we approach the start of the school year, all of the speed signs in the school zones have been changed to 20 miles an hour."

To pay for the speed readers, city lawmakers are using discretionary funding in their districts to purchase them.

What is the latest in terms of getting speed readers up in areas where there were speed cameras?

"I've been told that the University District was going to be a priority to get speed readers up, which we have purchased enough for our district, where cameras were we're hopeful to have them before school starts September 1 but I'm a little bit skeptical but we'll see," Buffalo Common Councilman Rasheed Wyatt said.

When do we think we could see the speed readers getting into these zones or on city street?

"I think it will be fairly quickly the speed readers will start coming in as early as early next week and as soon as they start to come in we'll start installing them," Brown said.