Erie County DA's office cites conflict of interest in the case involving a traffic stop back in May. 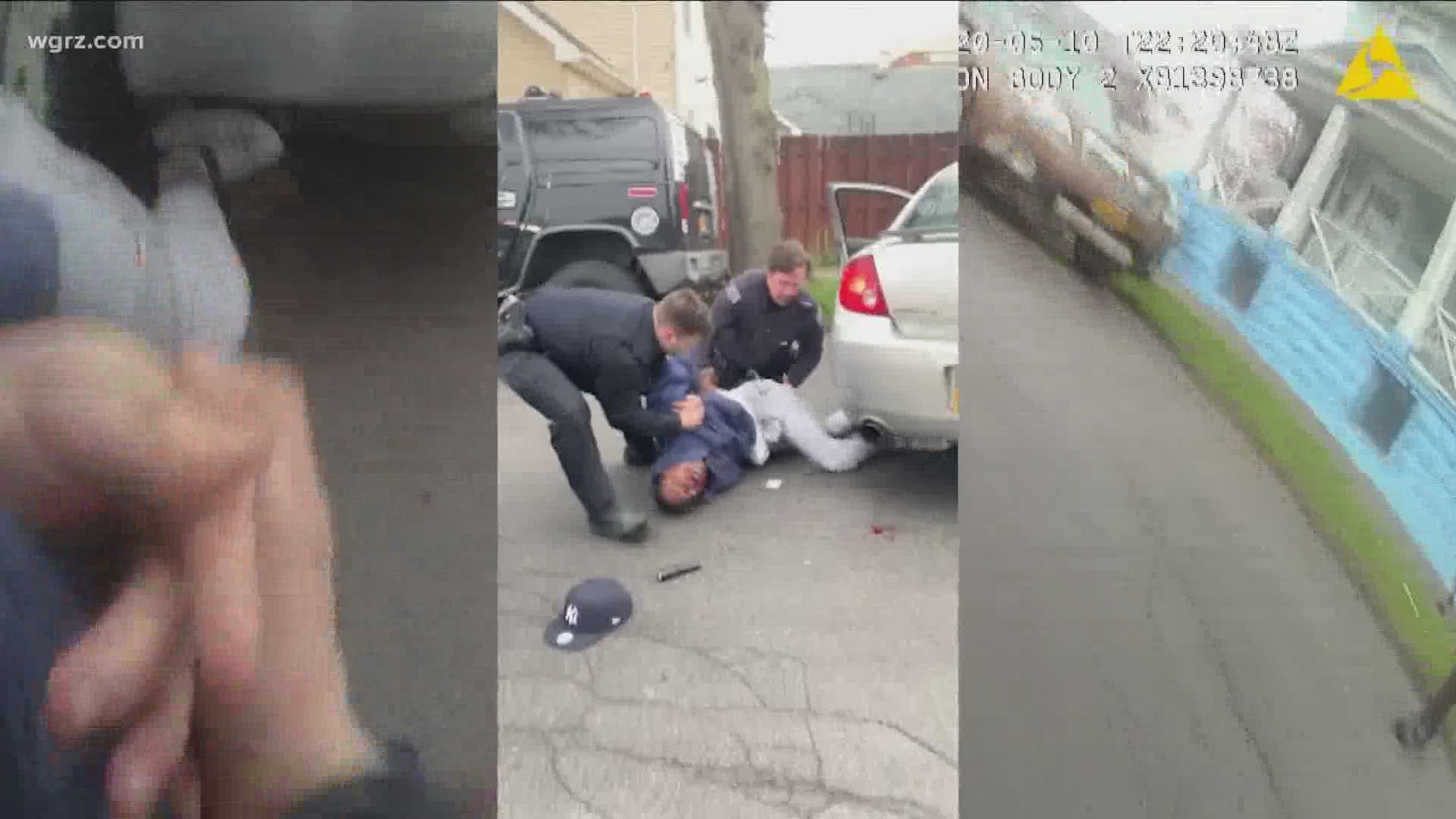 BUFFALO, N.Y. — Citing conflicts of interest on two fronts, the Erie County District Attorney's office said Tuesday a special prosecutor has been appointed to look into an incident involving two Buffalo Police officers accused of roughing up a Buffalo man during a traffic stop in May.

The DA's office said it is already prosecuting that man, Quentin Suttles, in two other matters, and an Assistant DA with the office is a potential witness in the May 10th incident.

A prosecutor from the Monroe County DA's office will now look into the actions of Officers Ronald Ammerman and Michael Scheu during the Mother's Day arrest of Suttles on Madison Street.

Suttles was stopped by the two officers shortly after 6 that evening for driving the wrong way down Madison. The DA's office says Suttles was also driving with a suspended license. The officers alleged they smelled marijuana coming from the vehicle prompting them to ask Suttles to step out of the vehicle when a struggle ensued.

Suttles has filed a notice of claim against the Buffalo Police Department as a result of the incident.

RELATED: Quentin Suttles attorney: 'They beat the crap out of him'

RELATED: Body cam footage released, notice of claim filed against Buffalo Police by man who claims he was roughed up during arrest