Owner David Powers said hospital workers have long supported his business, and he wanted to give back to show his appreciation for them and their hard work. 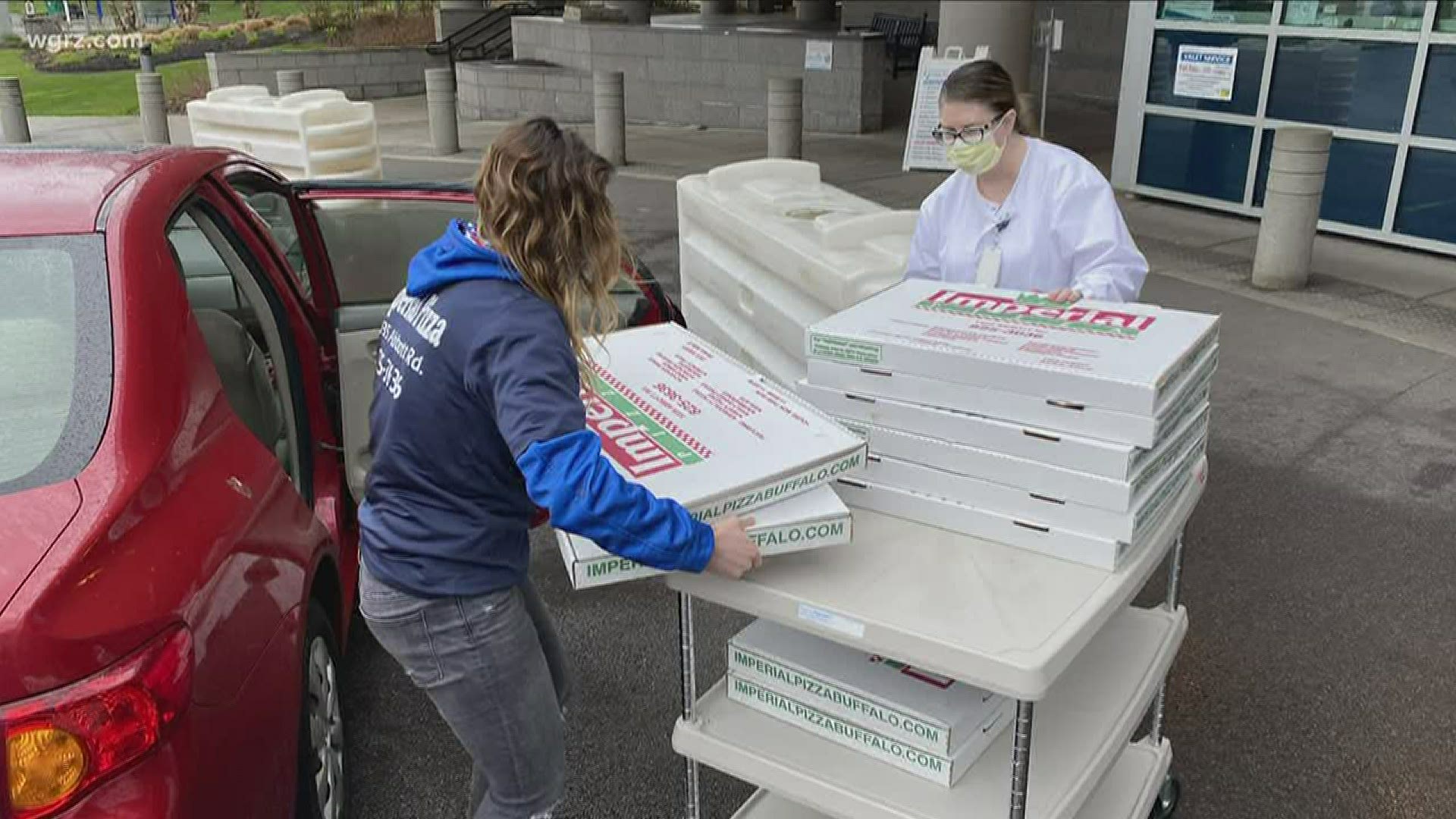 BUFFALO, N.Y. — Imperial Pizza on Abbott Road is serving up support for front line workers, one sheet pizza at a time.

It's been a South Buffalo staple for 27 years, and plenty of Mercy Hospital employees have supported the business over that time. Owner David Powers wanted to give back to support them during the pandemic.

And he's covered lunches — and dinners — for more than a month. He's given away more than 1,300 pizzas and counting.

"Twenty sheet pizzas per day arrive. Ten at 1 o'clock and 10 at 8 o'clock so that we can feed both our day and night shifts. It doesn't stop. Every day I've called him. I called two days ago, and he said we're here for the long haul," said Deanna Messinger, executive director of the Mercy Hospital Foundation.

Messinger said the support, from Imperial Pizza and others, is beyond humbling.

"I always say that Mercy Hospital is in the center of South Buffalo. We are built on love and family, and this is definitely showing us that we are truly a neighborhood, truly a family," said Messinger.

Powers said he and his staff has gotten generous tips and plenty of praise for their donations. They appreciate all of that, but that's not why they give.

"We're all about the community. That's just the number one thing in our eyes and our family's eyes. We love South Buffalo. We want to do whatever we can to get through times like these," Powers said.

Messinger said donations keep pouring in to Mercy Hospital from groups and businesses, large and small.

South Buffalo Dance Academy held a virtual dance class fundraiser and collected more than $1,200 which they used to buy candy for the hospital workers.

Students from all across Western New York have been sending countless letters, pictures and video messages of thanks and support for all the Mercy Hospital staff.

"Our staff is so grateful. Knowing that people care, genuinely care for their well being, gets them through the day," Messinger said.

RELATED: 25th Anniversary Ride for Roswell- Summer of the Ride