This comes just a couple weeks after the Erie County comptroller's office found levels of lead on playground equipment. 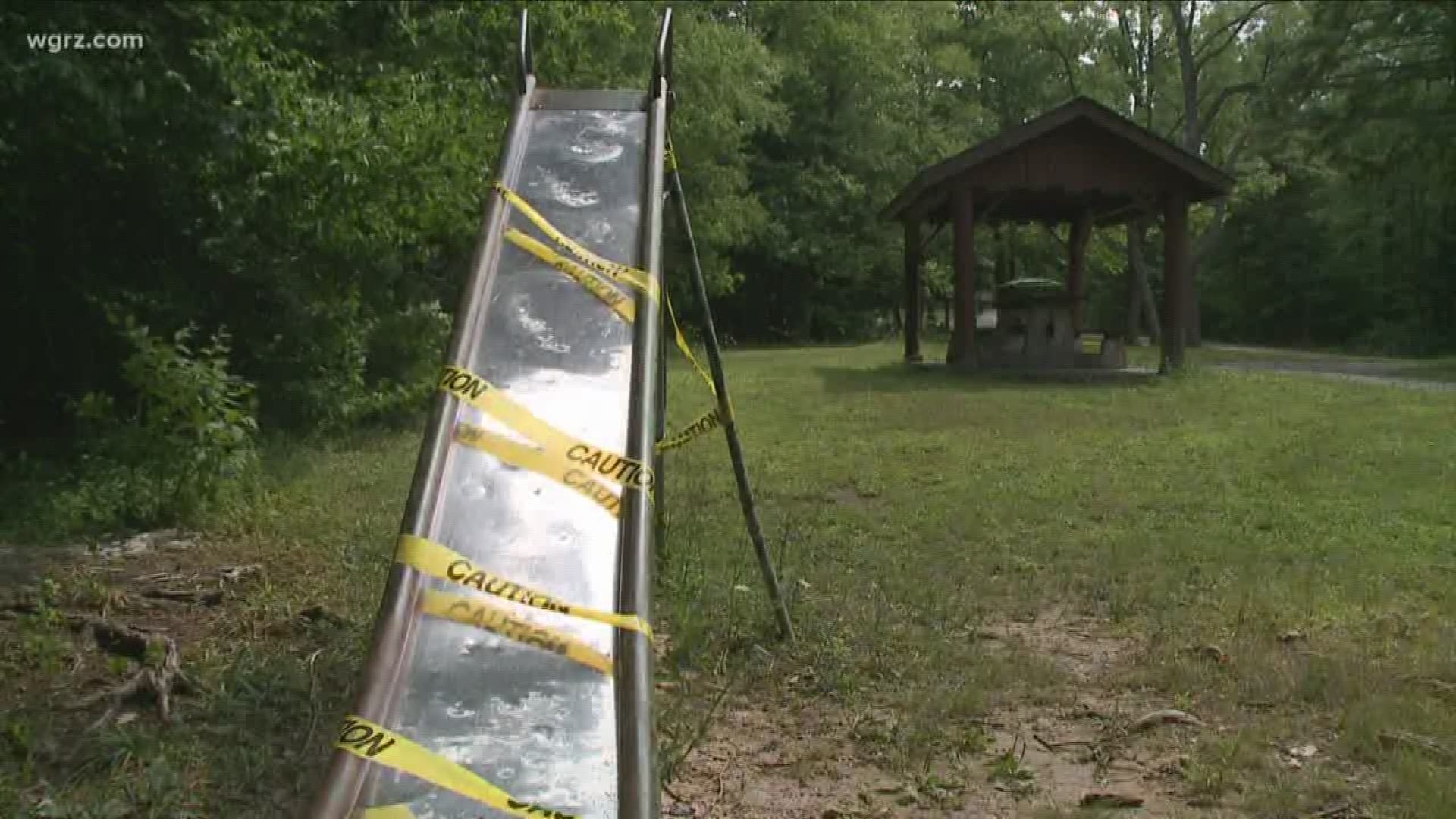 BUFFALO, N.Y. — Dozens of pieces of playground equipment in Erie County are off-limits to kids because of lead paint.

County leaders got together Thursday to talk about how this happened and what to do next.

Go to any of Erie County's six parks, and if you see caution tape wrapped around old playground equipment such as here at Chestnut Ridge, that means they've tested positive for lead -- and will either be removed or covered up in the next few weeks.

"We're working as quickly as possible to take care of this issue. And when I say that this is a priority, I can tell you every day this issue is being discussed," county parks commissioner Troy Schinzel said.

Just a couple weeks ago, the Erie County comptroller's office found many pieces of playground equipment in county parks had lead.

That prompted the health department to do a complete investigation.

2 On Your Side has obtained numbers from the Erie County Health showing out of 258 pieces of equipment inspected, 66 contained lead. That includes not only slides and swings that are decades old, but also shelters, bathrooms and picnic tables.

The county parks department says it will now do training.

"The deputy commissioner's working with the health department in providing the staff that will be removing the equipment the proper training before we remove the equipment," Schinzel said.

That training is scheduled to take place Friday.

Removal of the equipment could start early as Monday of next week.

"I would estimate that depending on weather and training in the next two to three weeks, we hope to have these 66 items taken care of either encapsulation and/or removal," Schinzel said. "This program should ensure that lead is no longer an issue in Erie County Parks Department."

The county parks department says equipment that is removed will be disposed of, and that in the future, park employees will be trained in lead poisoning prevention.

Health experts remind people that repeated exposure to lead can result in lead poisoning, not an occasional trip to the park.