Some grocery prices continue to fluctuate during COVID-19 pandemic

"I for one would think that it's very expected that we're not gonna see a normal situation until early 2021," said supply chain management expert Jack Ampuja. 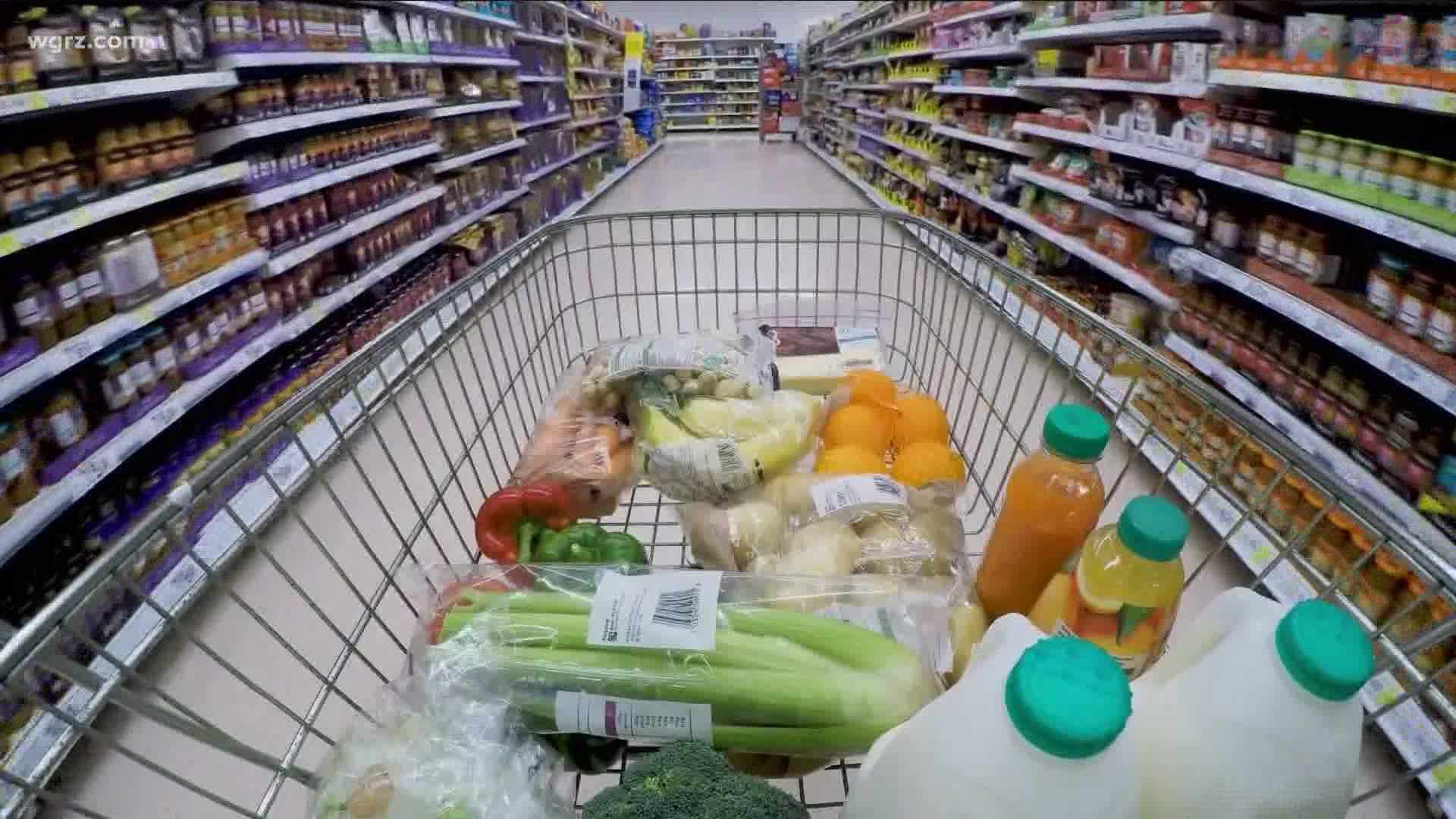 BUFFALO, N.Y. — If you've been grocery shopping throughout the pandemic, you've probably noticed a few abnormalities with prices.

Back in May, we spoke to Jack Ampuja, a supply chain management expert and Executive-in-Residence at Niagara University. In May he told 2 On Your Side, "Supply and demand is out of kilter. That's essentially what we're seeing."

A report from the United States Department of Agriculture dated June 25 reads in part, "Given the relatively large increase in food-at-home prices in May, some forecasts have been revised upward this month. In 2020, food-at-home prices are now expected to increase between 2.5 and 3.5 percent."

On Tuesday, we reached out to Ampuja again for an update.

He said, "The demand at the retail level, at the grocery store, is up significantly. All the big grocery chains, small ones, they're all reporting highly increased sales because of that."

Ampuja told 2 On Your Side there are many reasons for the fluctuation in prices.

"It's not just the product itself. It's the processing cost and then the transportation cost to get it out to where consumers can actually get ahold of this stuff," he explained.

Ampuja says prices returning to normal depend largely on what's happening with COVID-19.

"There are more states that are expanding in the headcount on people being infected," he said. "As long as that happens, that means we're not having people going to work in factories, warehouses, truckers, and so on, all the people who are responsible for making this stuff and moving it."

Ampuja added, "I for one would think that it's very expected that we're not gonna see a normal situation until early 2021."

In the meantime, Ampuja told 2 On Your Side there is still plenty of food and for shoppers — no reason to panic.

"I'm very confident we have tremendously savvy buyers in this country," he said. "Most people know exactly what their budget is, what they want to pay for a given thing. If it's up by a few cents, 'Okay I'll buy it,' but if it's doubling in price or up 25 percent, 'I'm gonna pass that week.'"

RELATED: Coronavirus and the changing habits in food shopping

RELATED: VERIFY: Don't use soap to wash your produce