People from 10 Buffalo zip codes who qualify for phase 1A and 1B can start making appointments for the Delavan-Grider clinic starting Wednesday.
Author: Kelly Dudzik
Published: 6:34 PM EST February 23, 2021

BUFFALO, N.Y. — Starting Wednesday at 8 a.m., people who qualify can start making appointments at the Delavan-Grider vaccine clinic. It opens next week in Buffalo.

This clinic is going to do a thousand appointments a day starting March 3, but at least for now, only people who live in certain zip codes can make appointments.

You also have to already qualify for Phase 1A or 1B - so you have to be 65 or older, a qualifying essential worker, have a comorbidity - something already listed in 1A or 1B.

Starting Wednesday morning, you'll be able to make an appointment at the Delavan-Grider clinic online or by calling the state's vaccine hotline. This is a New York State and FEMA site. 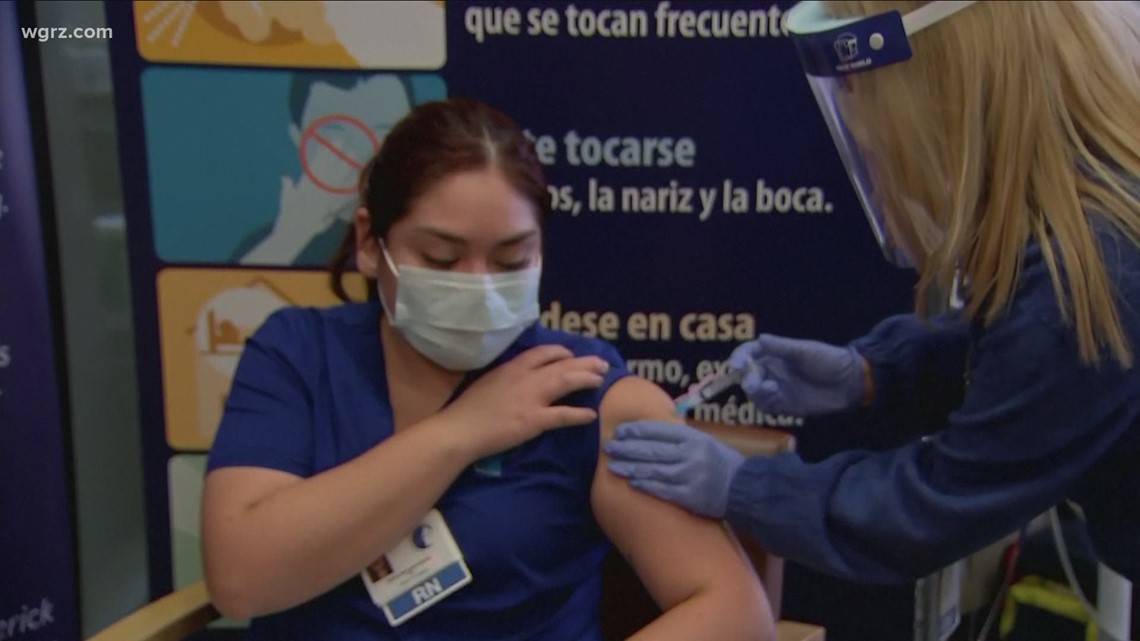 How to schedule a COVID-19 vaccine appointment online
2 On Your Side viewers with certain medical conditions had issues scheduling appointments using the state's website over the weekend. BUFFALO, N.Y. - People with certain medical conditions can now make vaccine appointments in New York State, but 2 On Your Side received several emails over the weekend from viewers saying they were having problems with the state's vaccine website.

Erie County Executive Mark Poloncarz explained what happens if you try to sign-up without qualifying.

"If you do not qualify, regardless of where you live, you can't get an appointment," said Erie County Executive Mark Poloncarz. "It's our understanding that for the first two weeks of sign-up, it is only going to be limited to individuals in those zip codes, and then they're going to revisit at the end of the second week how the appointments are, and they may open up the additional, the next two weeks for the entire region."

There are people in Erie County who had their vaccine appointments canceled almost a month ago, because of a lack of shots, who have not had them rescheduled. You should be getting an email to reschedule. Be sure to check your junk folder if you don't see it.

And next week, with the supply increasing, essential workers will be able to make new appointments with the county.

"What's happening is everything is distributed by the percentage of their population, and what I've also been told is in some of these areas, the population is declining it at a higher rate than we would be doing in other areas," Poloncarz said. 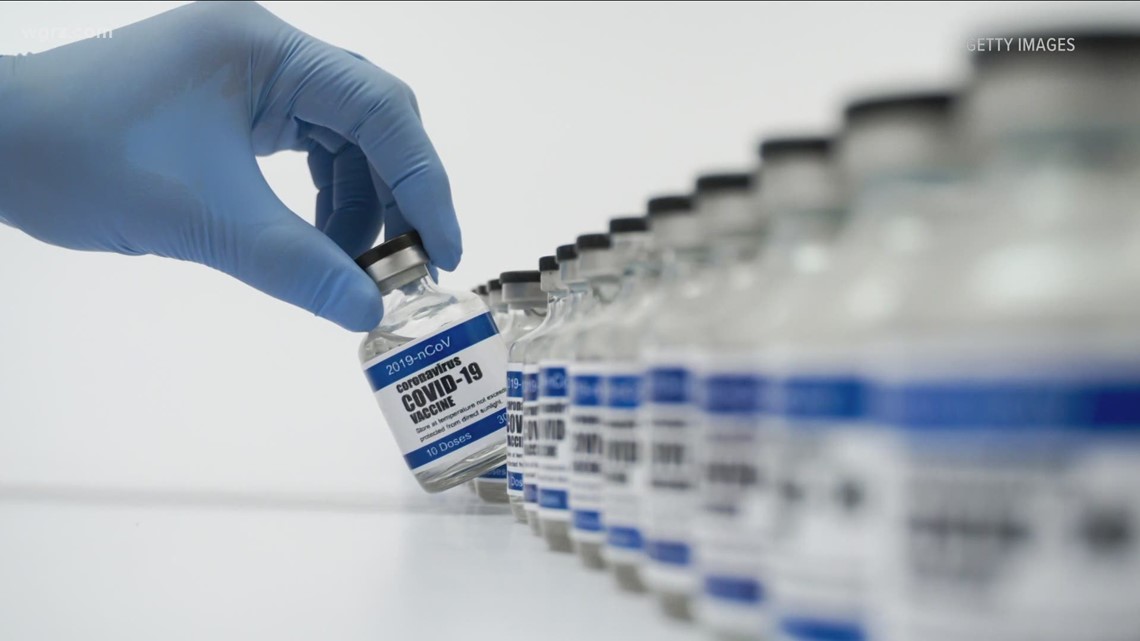 "It's my understanding that the U.B. South clinic is booked all the way through April," Poloncarz said. "Will there be more vaccines available in March and April? Yes. Yes, to the point where as Dr. Burstein noted we hope that as early as next week, we can start scheduling some new first-dose clinics for essential workers."

The county executive also says he's hopeful the Convention Center site, which will vaccinate thousands, will be able to open in March.

Also Tuesday, the Erie County executive and members of the county health department said they'd be meeting with youth hockey representatives after several teams had to go on-pause because of COVID cases.

The county says that since youth sports started back up this month, 49 teams have been placed on-pause for 10 days after athletes, coaches, or both got sick. Twenty-five of the teams were youth hockey teams. Just one positive case triggers the 10 day pause. So, the county is discouraging locker room use and asking teams to take other precautions.

"What we are worried about is what we've seen, which is an increase in the number of teams that have to be put on pause because a player or a coach is testing positive," Poloncarz said. "And also some of the negative reaction we've had from some in the sporting community who just seem to think that this is a joke, and it's not a joke when a player or a coach gets sick. All you've got to do is look at what happened to the Buffalo Sabres. Rasmus Ristolainen's career might be at risk, and he was probably in the best shape of any Sabres player."

Twenty-one teams are on-pause right now. Basketball teams have also been impacted. During the 10 day pause, contact-tracing is done and close contacts end up going into quarantine.