Erie Co. announced earlier this week that masks are required in public spaces; in response some local businesses are requiring customers to show proof of vaccines. 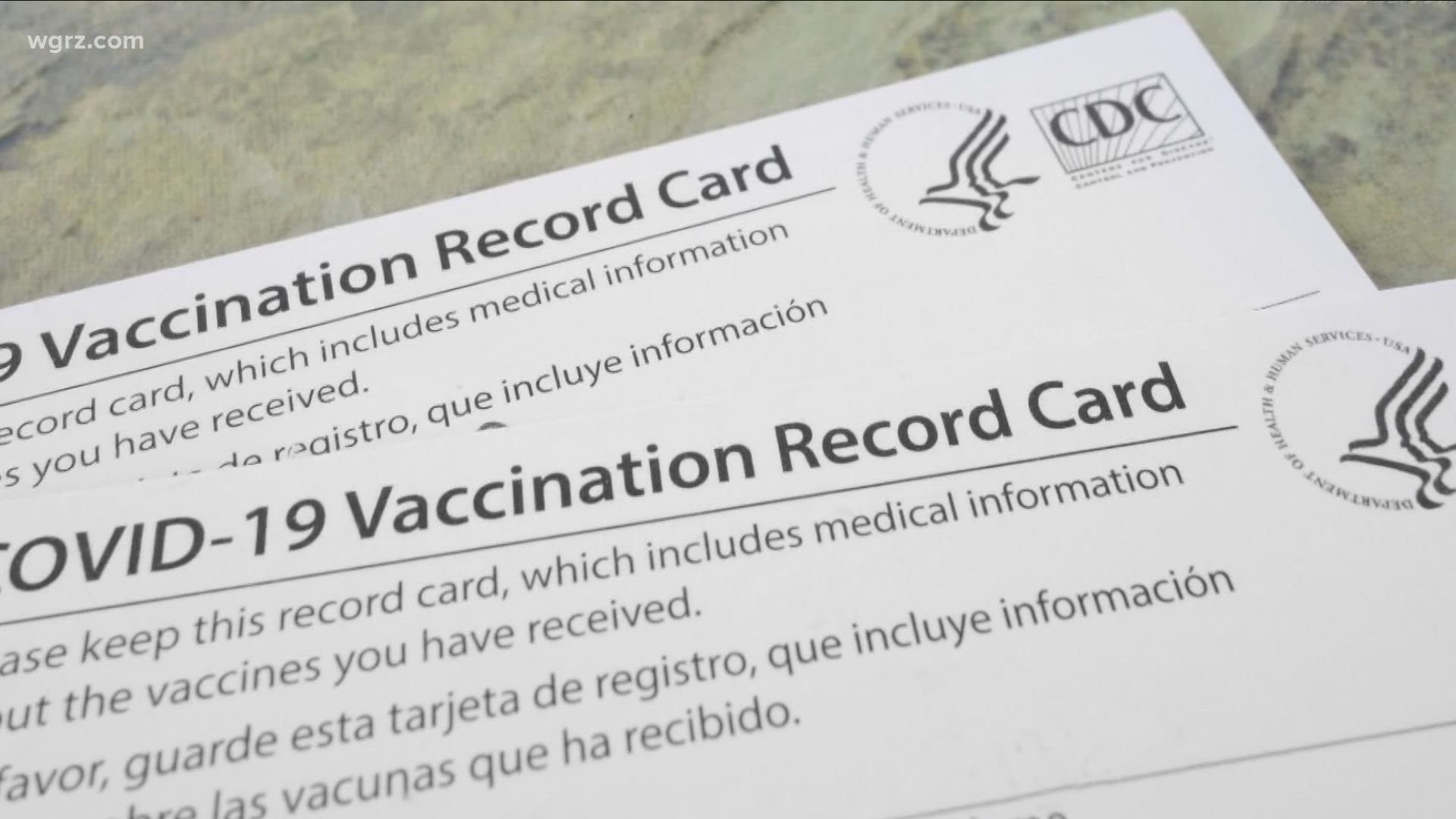 BUFFALO, N.Y. — Nearly 24 hours after Erie County announced it would be requiring a mask mandate for all indoor public spaces, several local businesses have announced on social media that they will now require their customers to provide proof of COVID-19 vaccination.

Mr. Goodbar in the City of Buffalo was the first to announce this change Tuesday morning following the county's announcement. According to a post on Mr. Goodbar's official Facebook page, this requirement officially went into effect on Tuesday, Nov. 23.

The post went on to say that face masks are encouraged, but customers will not be mandated to wear a mask at the establishment.

Shortly after this announcement, another Buffalo business said it will be following suit. Jack Rabbit, located at 1010 Elmwood Avenue in the City of Buffalo, also announced Tuesday on Facebook that it will be requiring proof of vaccination effective immediately.

In the Facebook post, Jack Rabbit said in part, "Per Erie County regulations, in order to continue to provide live music with mask-free vocalists, we need to require proof of vax at the door." Much like Mr. Goodbar, Jack Rabbit says masks are encouraged in the venue; however, they will not be required in the building.

In a Facebook post, Colter Bay says it will be requiring proof of full vaccination, along with a corresponding form of ID, as of Wednesday, Nov. 24.

Free Street Tavern posted on Facebook Tuesday morning that proof of vaccination is required, adding that this measure will allow them to operate as close to normal as possible. The post goes on to read, "We didn't like you guys having to sit to remove your mask or those plexiglass dividers or having to order food or only allowing 20% capacity or take out only or being completely shut down. So if we have to verify your vaccination status so we can all be comfortable and have a good time then we will." Masks will not be required.

The Beer Keep announced Tuesday afternoon on its official Facebook page that it will be requiring guests to show proof of their vaccination status before entering. The post reads in part "we make this move based on the new Erie County regulations and hope everyone understand this is meant to help ensure the safety and health of our community and neighbors." Masks will not be required.

Merry Shelley also took to Facebook to say it not only supports but believes in vaccines. In the post, Merry Shelley said it has had a strict vaccine policy in place since July, and says it will continue to check for vaccines going forward. Merry Shelley says it will not be enforcing masking at this time. Merry Shelley is asking customers to have their vaccine card, or Excelsior Pass app, with an ID ready to show at the door.

Merry Shelley isn't the only one to implement a vaccine requirement before the new mask mandate was put in place. Back in September, Nietzsche's in the City of Buffalo announced it would require all of its customers to show proof of a COVID-19 vaccine.

In addition, Graylynn, Lucky Day and Ballyhoo have all updated their websites this week saying they will now require proof of vaccination upon entry.