Warmer weather is on tap for the next couple days with rainy conditions expected. 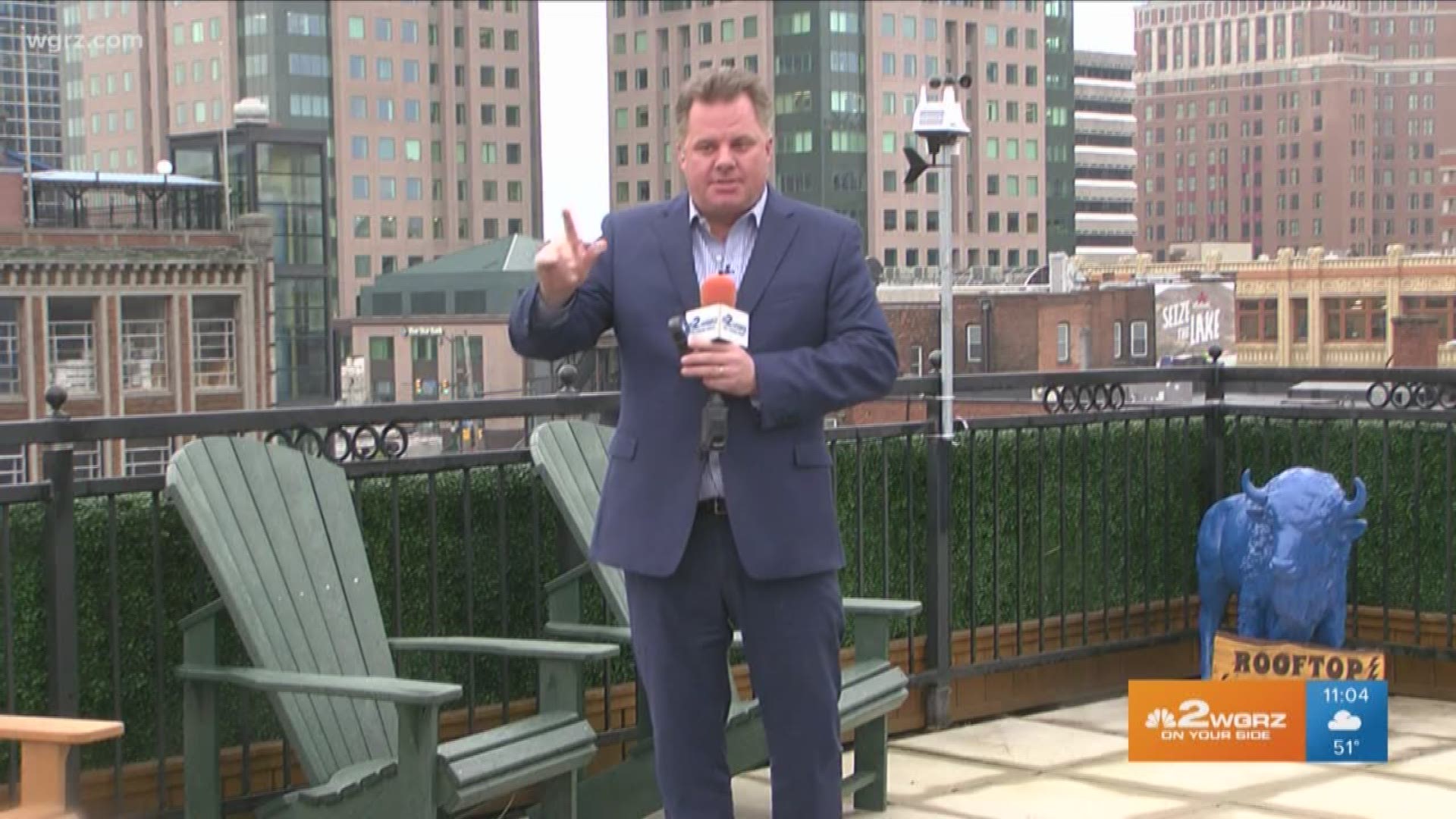 BUFFALO, N.Y. — A year ago, a snowy November was followed by an unseasonably warm December, leaving some ski resorts to wonder if it would ever come.

That pattern has somewhat returned in 2019 with warmer temperatures on the horizon for Sunday and Monday without a "deep freeze" expected for at least the next week.

The result? Fewer people reaching for winter coats, and more people eager to get outdoors and enjoy the warmth while it's still around.

And while cooler weather will be return Tuesday and Wednesday, in time for the new year, it's not expected to be terribly cold. That will allow for a mix of rain and snow showers for holiday revelers.

The Town of Tonawanda, Village of Kenmore, the Village of Lancaster and the City of Buffalo have all temporarily lifted on-street parking bans due to the warm weather and lack of snow.

"Given the above-average temperatures, and knowing many people will be visiting over the holidays, the village is temporarily lifting the winter parking ban," Kenmore Mayor Patrick Mang said in a statement last week.

A large storm system across the Midwest will continue to push our way.  This will result in a prolonged period of unsettled rainy weather followed by colder that that will bring us a brief bout of snow showers and limited lake snow.

Periods of rain will continue Sunday night with areas of fog developing. Lows near 40 and light winds.

Steady rain changes to scattered rain showers on Monday. It will be noticeably milder with highs in the low to mid 50s and south winds around 10 mph.

Colder air arrives on New Year’s Eve with rain mixing with snow, then changing to snow showers later. Western New York could see some areas of lake effect snow at night that may cause tricky travel in spots, though no major snow accumulations area likely.