Enhanced unemployment benefits seen as making it more lucrative to stay home and collect rather than taking a job. 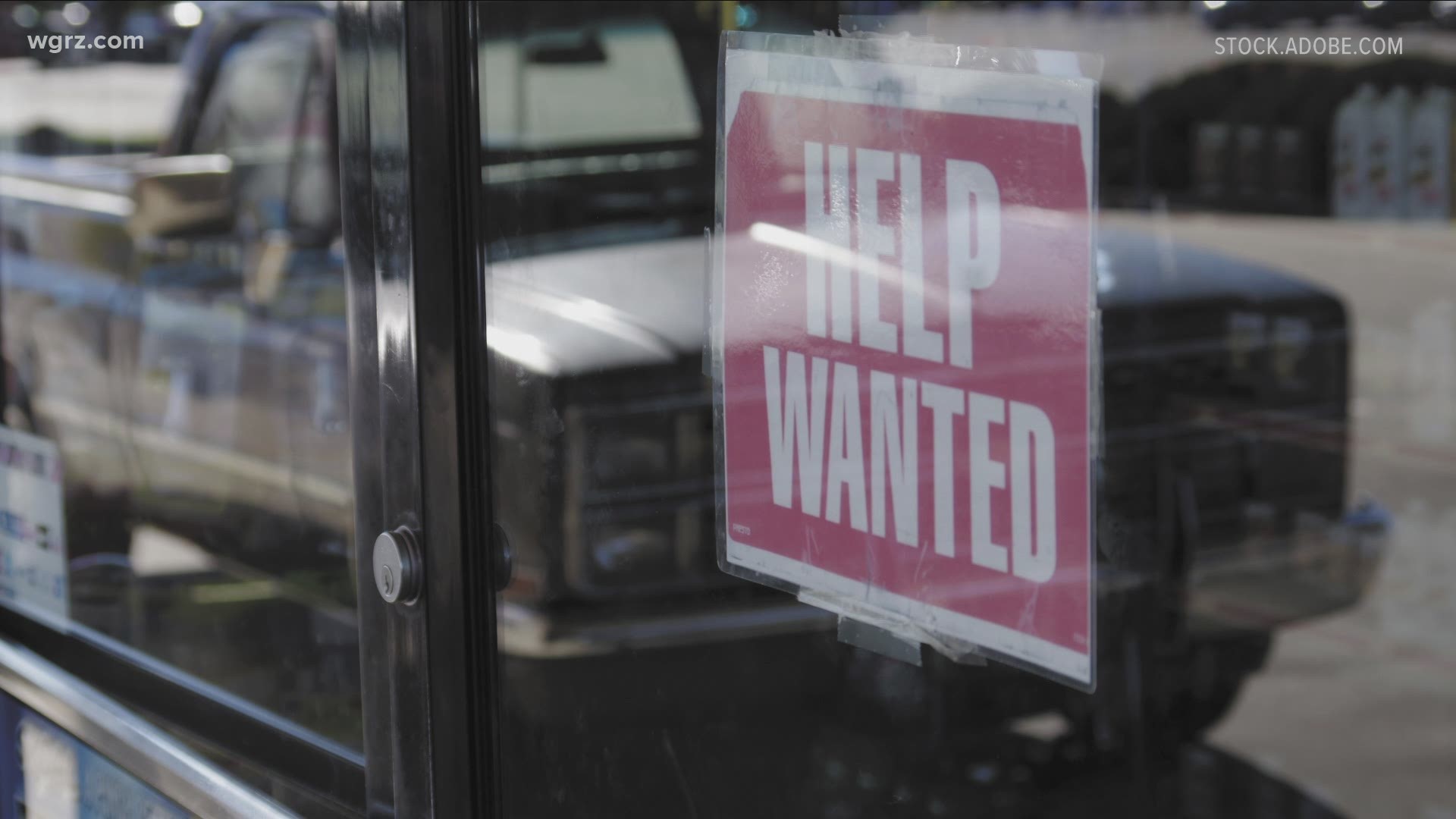 The challenge they are facing in getting people to take those jobs involve a variety of reasons according to economic experts and those looking to hire help.

More than one year after the onset of the COVID-19 pandemic, New York State's economic recovery continues to languish behind other states.

Its unemployment rate stands as the second worst in the nation.

However, both economists and business owners say it's not due to a lack of available jobs, but more a matter of not enough folks willing to take the ones that are.

And they point mostly to one thing.

The enhanced unemployment benefits that continue to be afforded, combined with protections against losing a home for lack of payment, has in many cases made it more lucrative to stay home and collect than to work.

"In the case of many entry level jobs and others, those people can make more money with enhanced unemployment than when they are working," said Dottie Gallagher, CEO of the Buffalo Niagara Partnership.

The restaurant industry has been especially challenged.

I've heard of restaurants that have had to shave hours because they can't get enough people," said Rob Free, head of the Western New York Chapter of the NYS Association of Restaurants.

Here in New York, as opposed to other states which have reopened their economies, restaurants and bars are still subject to limited hours of operation and limited capacity levels. Wait staff and bartenders can't expect to make much in tips, or certainly not enough to offset the larger amount they can get for not working.

For restaurateurs, this can also equate additional labor costs when it comes to trying to get help.

These were among the things job seekers were recently reminded of by the company, as it recently launched a push on social media in an attempt to get its venerable food trucks back on the road.

"We make the application short and sweet and somebody will reach out to you within 24 hours," Gee said.

Besides enhanced benefits, there are other reasons some may be reluctant to re-enter the workforce at this time, according to Gallagher.

There is a segment of the population which remains uncomfortable over the prospect of returning to work, and who are worried about getting sick. There are others whose children still aren't allowed back in school and have an issue talking a job and leaving little ones at home.

"People have a lot of instability in their lives so someone who's on unemployment who's getting that extra paycheck through enhanced unemployment benefits every week are not really motivated to make a change when there's so much uncertainty right now," Gallagher said.

Other states, meanwhile, have lifted COVID restrictions (and have seen no surge in cases as a result) while reopening their schools allowing parents to return to work.

Federal enhanced unemployment benefits are set to expire in September, at about the same time that many hope schools will finally and fully reopen in New York.

This may also prompt a number of New Yorkers to seek jobs, and lift the state from its moribund position on the national unemployment list.