Games will be played without fans in the stands, and choices are limited for anyone attempting to catch a glimpse from outside the stadium 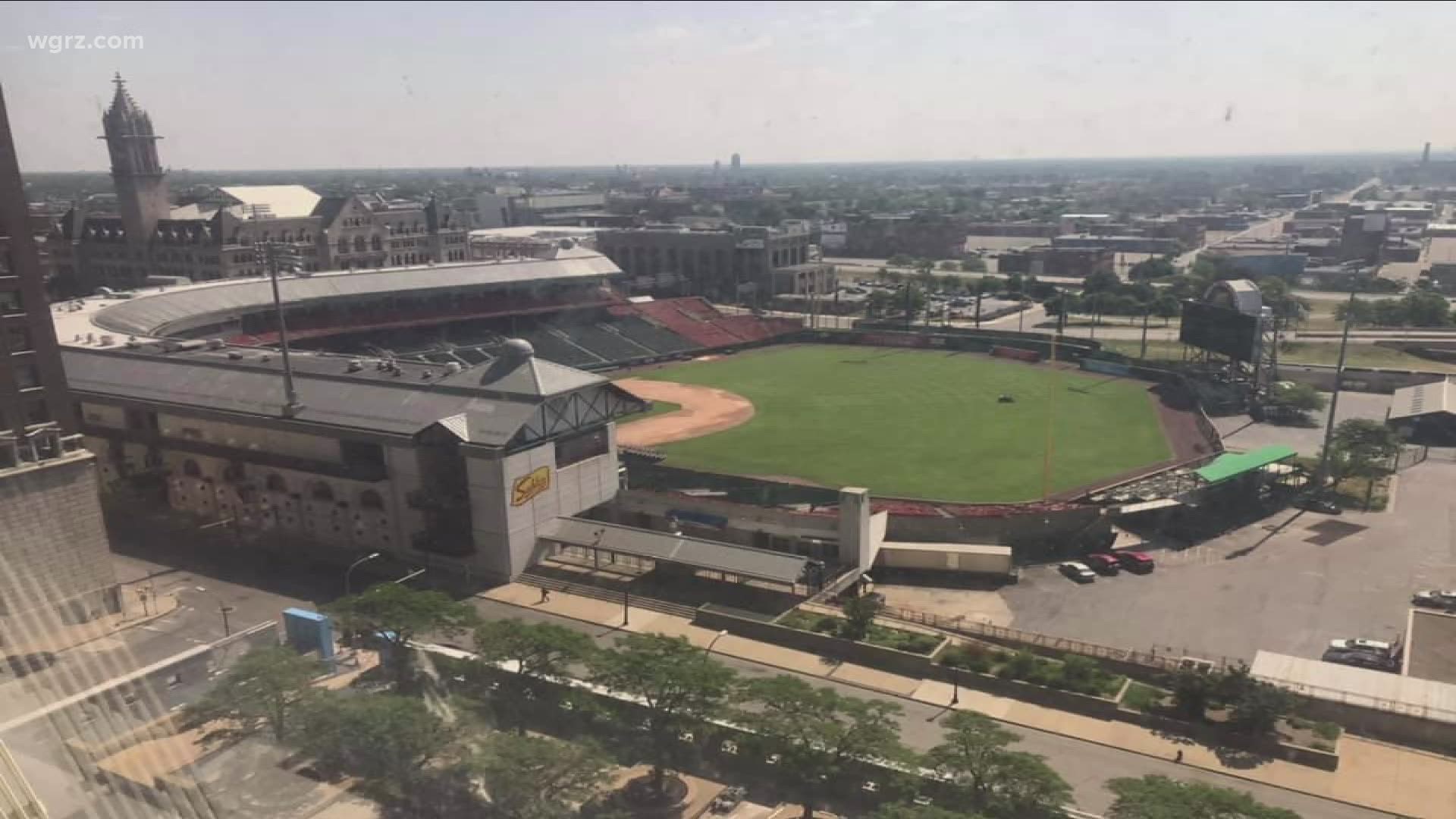 BUFFALO, N.Y. — If plans hold up for the Toronto Blue Jays to play their “home” games at Buffalo’s Sahlen Field as part of Major League Baseball’s abbreviated season, most have heard by now that the games will be played without fans in the stands.

But many may be contemplating ways to try and catch a glimpse of the games anyway, by whatever means that present themselves.

However, despite being located downtown, they might be surprised at just how few places there are where you could stand outside of the stadium and observe the field of play, which is below ground level.

A parking ramp near the outfield of the stadium and located at the corner of Washington and Exchange Streets might seem a logical place to start.

But the upper floors of the ramp have metal baffles over the windows facing the stadium, and it was designed that way to keep people from observing games there for free.

In addition, the roof level of the ramp has a 6 foot tall concrete parapet which blocks the view from there.

Testing out the Sahlen’s field scoreboard and getting the field ready for the #TorontoBlueJays to take flight in #Buffalo #MLB @BlueJays @WGRZ First game here scheduled for 8/11 vs Marlins pic.twitter.com/06xsDhY7UU

The president of All Pro Parking, which operates the ramp, told us today he's still seeking official direction from the Bisons and the Blue Jays, but imagines there could be security in place to keep anyone from trying to set up a ladder or a platform to peer over the wall, which would present a safety hazard.

There's one grassy knoll along the Oak Street ramp onto the I-190 which is accessible from either Oak or Exchange Street, and it provides a promising view.

But it's rather small and couldn't accommodate many people if they were to maintain social distancing, and because it is so close to speeding cars, it is likely to be placed off limits as well.

According to a BIsons team spokesperson, a security plan for the ball park and its surrounding environment is still being formulated before the first scheduled game on August 11.

There are a few buildings with offices downtown that afford a view of the field, the most prominent being the Seneca One Tower.

However, much of the building is under renovation and unoccupied.

And, while someone desperate enough might try to make endless loops around the stadium on the   I-190, that would be ill advised, as it could well present a distracted driving hazard.