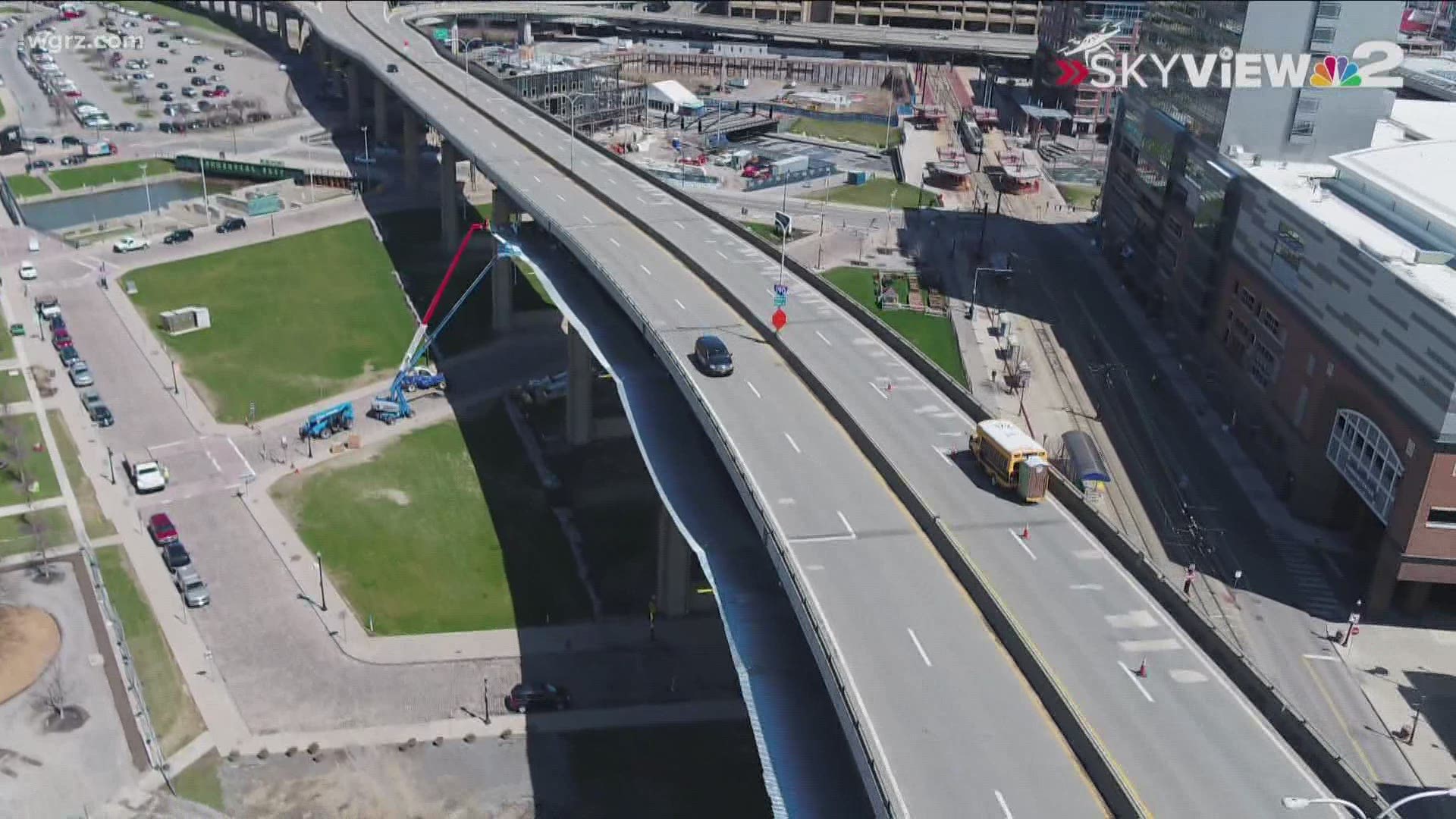 At a packed Town Hall meeting Monday night the Hamburg Town Board and town residents shared their feelings about plans suggested by the Governor and a local Congressman and State Senator to remove the Skyway. This occurred even as those lawmakers changed their strategy.

The Hamburg Town Board became the first government entity to officially go on record against the idea of the Skyway removal, enlisting other Southtowns governments to do so, and calling on the State DOT to open up about their intentions. Hamburg Supervisor James Shaw said "They need to layout what kind of plans they're talking about and we need to express to them the practical concerns we have. We live it every day."

They got plenty of backing in their support of the Skyway and opposition to its removal from a host of town residents who spoke before the resolution vote. One resident said "The Skyway being a simple design. It's just a bridge. We don't need something that's super fancy. We're not that kind of people. We need something that gets us over there and back in a timely manner."

Another resident added "The Skyway provides critical time to get critically ill people or injured people from the Southtowns to a major hospital."

And Councilmember Mike Petrie concurred noting traffic delays at times with accidents affecting South Park and Lake Avenue which have been suggested as well to help carry off Skyway traffic. "It's absolutely crazy. I'm a volunteer firefighter and EMT and I've transported many people. I can guarantee that in certain parts of the town, if you got rid of the Skyway - you're gonna have a problem."

Earlier in the day the two most vocal politicians besides Governor Cuomo calling for its removal, Congressman Brian Higgins and State Senator Tim Kennedy didn't end their quest. However, in announcing their "change in strategy" they did agree to hold off until alternative routes like the Thruway or a low speed parkway connector with the 190 at Seneca Street could be worked out.

Higgins even called on the Thruway to help his cause with this idea "We're calling for the removal of the tolls for Hamburg commuters."

The Thruway says that would violate their operating policies and any addition of Thruway on-ramps as Kennedy suggests requires Federal Highway Administration approval. We did not get a call back from the FHWA.

Outside Hamburg Town Hall signs were out in a mini demonstration. And Rachele Schneekloth who is organizer of the "Skyway Club" on Facebook and petition with over 5,000 signatures responded to that change by Higgins and Kennedy. "We are just so happy and thrilled that they have decided to listen to the people , listen to their constituents , the city of Buffalo , the whole region - Hamburg - we all wanna keep the Skyway. I think the writing is on the wall. And it seems like a bad horse to hitch yourself to - it's not politically expedient."