Cuomo and Democratic leaders in the legislature face a multi-billion dollar budget deficit, and the early favorite on how to fix it is by raising taxes. 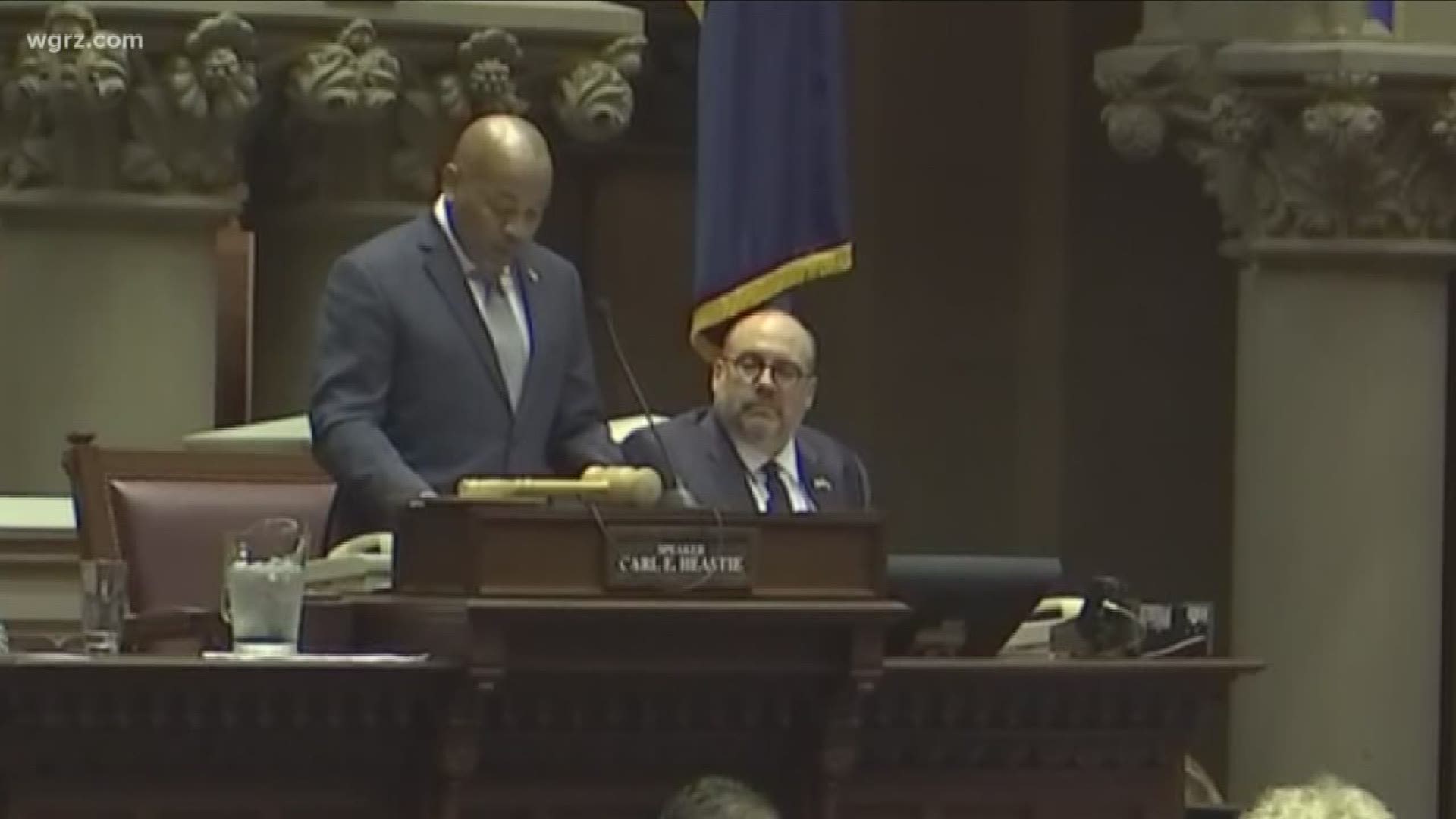 BUFFALO, N.Y. — The new year will bring a big problem for Democratic leadership in Albany.

That’s the estimated state budget deficit. At the very latest, Governor Andrew Cuomo is expected to announce his ideas for patching the budget hole in the annual State of the State address.

But some of the Governor’s fellow Democrats, who are the majority party in both chambers of the legislature have already begun staking out positions on the budget fix. And there is more than a little appetite to raise taxes.

Assembly Speaker Carl Heastie is leaning toward raising taxes on the wealthy. His spokesman Michael Whyland told 2 On Your Side, “Our first preference, as has always been our position, is to ask those who can afford it – millionaires and multi-millionaires – to pay more. Then we can also look for savings.”

Buffalo Assembly Member and Majority Leader Crystal Peoples-Stokes has the same priorities, but in reverse order. She wants a “deep dive” into the numbers to see if there are possible cost savings, but she does not want service cuts. Priorities for her include Medicaid programs and local school aid.

Then, said Peoples-Stokes, “If there is a need and a desire by a majority of the legislature to increase revenue, I think it only has to be on the wealthiest of New Yorkers.”

Similarly, State Senator Tim Kennedy of Buffalo says, “If any revenue enhancers are considered, they should be focused on the millionaires and billionaires who can afford it most."

Assembly Member Patrick Burke proposes an end rebate to the stock transfer tax, preferring the state keep the billions he says are generated.

The Buffalo Democrat adding, “The middle class pays their fair share. It’s time for millionaires and billionaires to do the same.”

Karen McMahon, a Democrat from Williamsville, mentions her priorities include  “keeping middle class taxes down.”

Assembly Member Robin Schimminger who announced he would not seek re-election in 2020 was non-committal on how to get plug the budget deficit. The Tonawanda Democrat saying, “We await the governor’s proposal to address them in his executive budget.”

Newly elected State Senator George Borrello of the 57th district says the budget gap is “largely fueled by the state’s runaway spending on the Medicaid program, which is the highest per capita in the nation and loses billions of taxpayer dollars annually to fraud and abuse.”

State Senator Robert Ortt of Lockport says, ”The real issue is that our state continually overspends, as evidenced by the state’s $74.5 billion Medicaid program.”

Lancaster Republican State Senator Patrick Gallivan added, “The state must examine how it delivers Medicaid services and why our costs are the highest in the nation.”

That is true, research by the Kaiser family Foundation finds New York spends more per person on Medicaid than every state.

State Senator Chris Jacobs says raising taxes is “unacceptable”, pointing instead to the state’s Medicaid program as a major culprit causing the deficit.

In the Governor’s mid-year financial statement, Medicaid is acknowledged as a driver to the deficit this year’s and in coming years if not addressed. The emerging question for Cuomo is can he convince fellow-Democrats in the Assembly and Senate to adjust the program when they, for now, seem more likely to want to raise taxes?