They want the span renamed to honor their father, and other “sky walkers” killed during construction of the Buffalo transportation landmark in the 1950s. 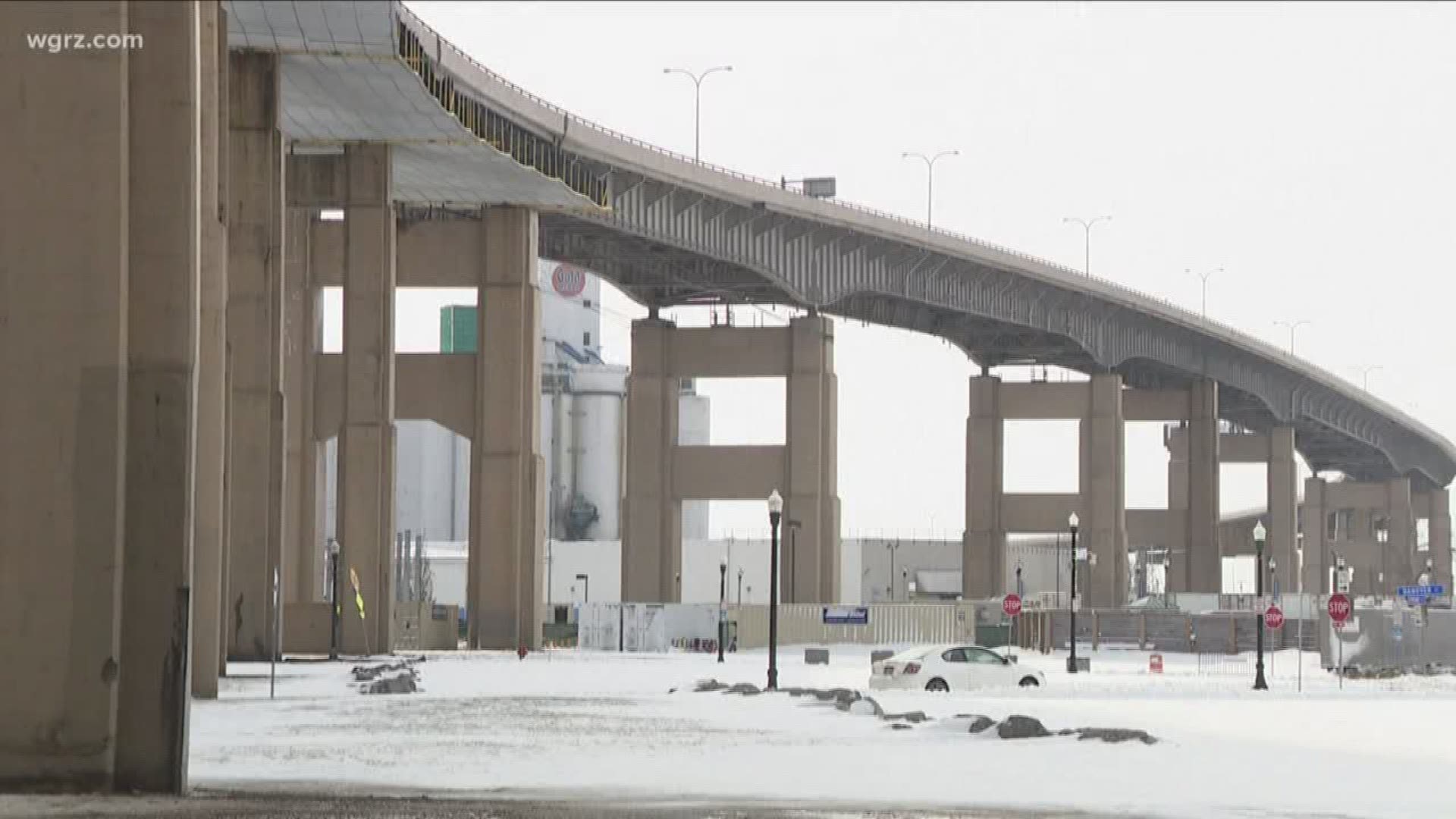 BUFFALO, N.Y. — “Most people don't know this story," said Celeste LeClair-Coleman, as she sat on a couch in the home of her sister Florence Golba, next to her other sister, June Mahfoud.

The three are the daughters of one of the three men killed during the construction of what, at the time, was called the High Level Bridge, but which was later named the Skyway.

All three of the men killed were what was known as “Sky Walkers.”

"They had this ability to work on high beams, and that's where the name 'Sky Walkers' came from," LeClair-Coleman explained.

These iron workers and riveters were a brave bunch.

You'd have to be.

They walked the beams without safety equipment such as harnesses, which would become standard in more modern times, and bereft of any safety nets below.

On April 22, 1955, Mitchell LaClair, who survived combat in World War II, did not survive a sudden gust of wind that blew him off the bridge deck as he attempted to move a scaffold. LaClair fell 90 feet to his death near the intersection of Main and Perry streets, at the site of present-day Canalside.

LaClair was killed less than a month after another worker, Daniel F. Smith, 57, of Bliss perished in a 75-foot fall near Memorial Auditorium. Another worker, Gatlin White, 22, of Versailles died after falling 70 feet from a section of the bridge near the foot of Ganson Street in January of that year.

“Dad was a lot of fun, and he was a hard worker," recalled Mahfoud, who was only 8 years old at the time.

“He wasn’t even supposed to work that day. But he went in to get some overtime because it was going to be my first communion, and he wanted to make sure his little girl looked good … so he was trying to earn extra money to buy me a nice dress and veil," Mahfoud said.

Instead, at age 30, LaClair left behind a wife, two daughters, and an unborn child.

“They told me that dad had an accident, and he was not gonna be coming back. ... All I remember is my mother putting her coat on over her slip and running out of the house. It was tough day," Mahfoud said.

Florence was only 4 years old at the time, and thus has no direct memory of her father.

Neither, of course, does Celeste, who wasn't born until 6 months after he died ... two days after the bridge opened with much fanfare on October 19, 1955.

However, both say they experience strong feelings whenever they drive across the span.

“I don’t like to go on the Skyway to this day this day,” said Florence. “It's just something where you know happened and you can't forget it.”

“When I drive over I think this is where my father died … and I make the sign of the cross because there's no memorial there. There's nothing there."

The three sisters would like to see the span renamed the Sky Walkers Memorial Bridge in honor of their father and the other men who lost their lives building it.

They’ve secured a couple allies in the N.Y. State Senate in the form of Democrat Tim Kennedy and Republican Patrick Gallivan, who have co-sponsored a bill to that effect that is currently in the Senate Transportation Committee.

The three sisters waited all these years to make their push, due in part to another tragic chapter of this tale.

“Our grandfather and our uncle witnessed our father’s falling,” June said.

Mitchell LaClair, his father Michael, and his brother Thomas were all working that day as sky walkers.

They were Mohawk, as many of the sky walkers were.

“They were totally traumatized by that whole thing," said June. “But you have to understand that the native people are very quiet, they don't really express a lot, and that it was all internalized."

In deference, they waited until the last of the three, their Uncle Tom, passed away a few years back at age 88.

“For years and years he could never talk about it," June said.

Asked if there was now a sense of urgency to their efforts, June replied, “Well ... we’re not getting any younger."

“If it is to be dismantled, we still would like some recognition for those men who lost their lives there," said Celeste, who also hopes relatives of the other men killed might join them in their efforts.