The sheriff said that labor contracts and arbitration impacted discipline cases. However, some lawmakers did not accept that answer. 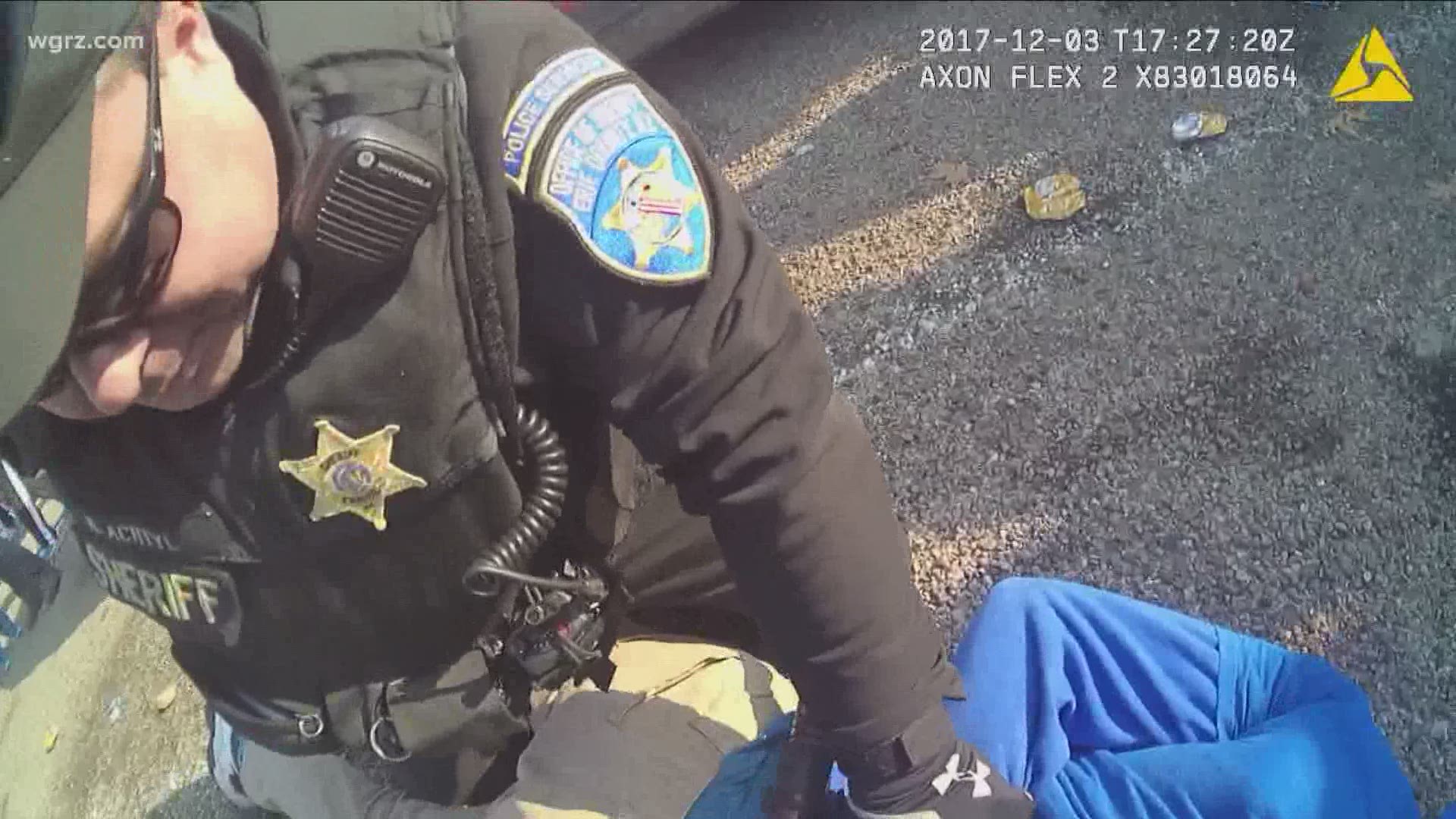 BUFFALO, N.Y. — Erie County Sheriff Tim Howard leaves office at the end of this year with no re-election bid but he is still being held accountable by some county lawmakers.

The Republican sheriff was questioned Thursday by some Democratic legislators about the handling of misconduct cases involving deputies.

The legislature's Public Safety Committee said it was holding the sheriff accountable but an exchange with Legislature Chairwoman April Baskin showed that it was also a test of wills.

To which, Howard responded: "I'm here by invitation and if this isn't a two-way discussion that's open and honest then I'll conclude it right now."

Howard did stay and defended his office's policies and his actions in the investigations of deputies' alleged misconduct.

Most notably he was asked by Legislator Jeanne Vinal about the 2017 case of former deputy Kenneth Achtyl who was found guilty of assaulting a tailgating Bills fan.

Howard attended that trial claiming he wanted to hear the testimony and facts firsthand.

There was a back and forth with Vinal who asked about his presence: "What signal were you giving to the jury?"

Howard responded, saying: "You said you already know what you think it is. Only to accuse me and not others."

When things settled down, Howard said his professional standards unit, with five-member deputies and a sergeant, handles complaints against deputies and some cases go to criminal investigators.

There were further questions about how his office dealt with cases ranging from deputies accused of DWI in a sheriff's office vehicle accident to a deputy caught waving a baseball bat at protestors and even their alleged sexual contact with female inmates in custody.

Howard said some depend on criminal prosecution by the District Attorney and the administrative action can be taken once the court case is decided.

Also brought up was the number of deputies actually fired as compared to nearly 200 total complaints - some claim it was only one in the past few years.

When asked for specifics, Howard said he did not have them at that point but would do some research and provide them for legislators.

That frustrated Committee Chairman Howard Johnson to some degree.

Sheriff Howard was trying to make his point that in a lot of cases involving deputies accused of wrongdoing - discipline can be affected by arbitrator's decisions and labor contracts, but some lawmakers did not accept it.

"Transparency, truth, and factual information are vital to the public safety on our roads and county facilities," Legislator Johnson said.