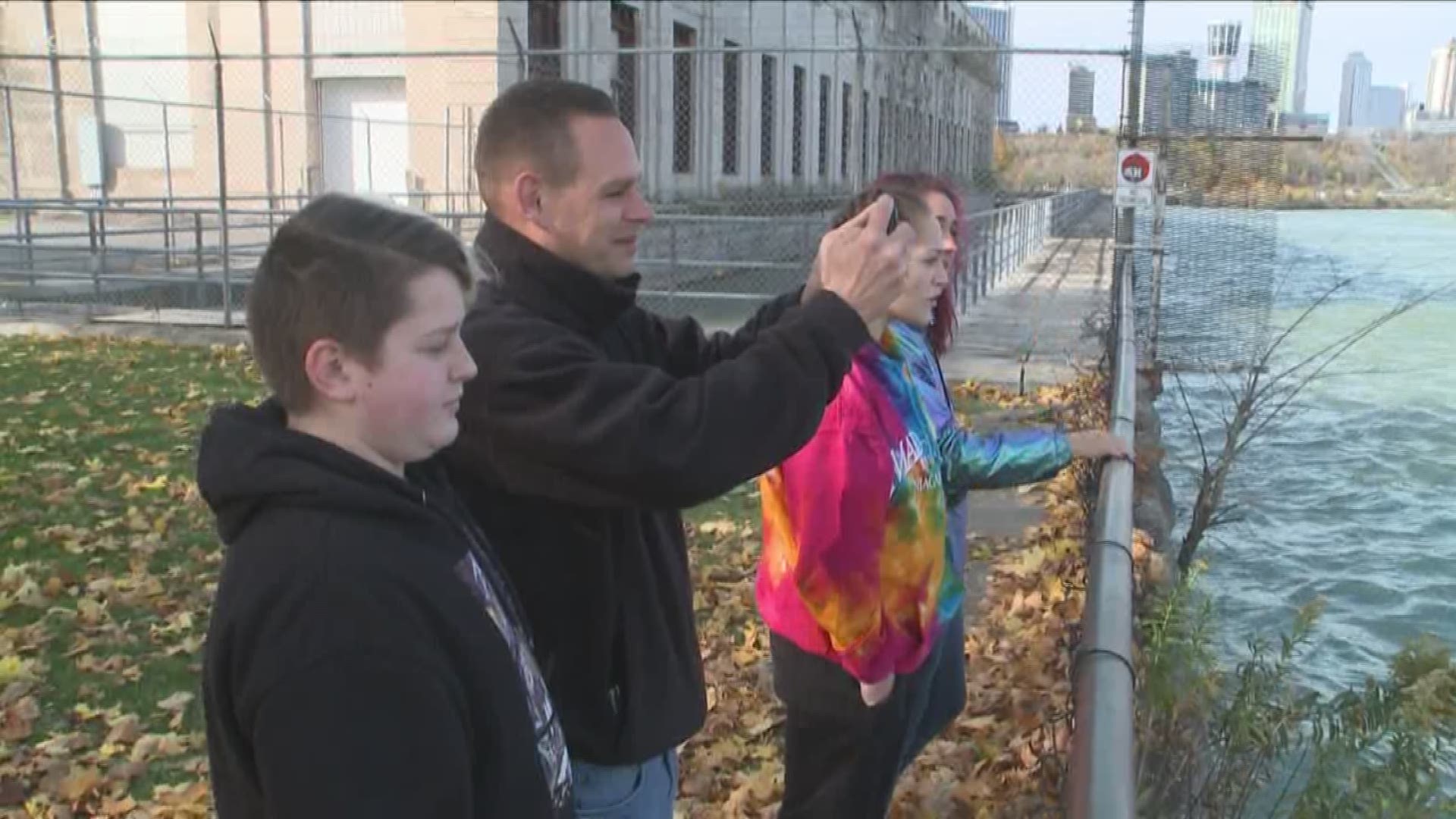 NIAGARA FALLS, Ontario — Thursday's high winds and rain have caused an historic scow lodged in the Niagara River to shift and head towards Niagara Falls.

The severe weather caused the scow to turn and shift down river towards the falls. It is still lodged in the upper rapids according to Niagara Parks officials.

The barge came to rest in the Niagara River, carrying two men from Buffalo in an event that happened more than one hundred years ago, according to Jim Hill, Senior Manager of Heritage with the Niagara Parks Commission, who spoke to 2 On Your Side last year when the Parks celebrated the rescue on its 100th anniversary.

"When the scow broke loose from it's tug, it grounded on the rocks right there," Hill says. "They had to figure out how to get these guys off of this, and no one was going out there in a boat of any kind. So they got on top of the power plant. They fired the rescue line over there and then they rigged up the rescue line. The problem is the lines got tangled."

"So a local guy just back from World War I, William 'Red' Hill Sr., with a hundred other guys standing around, volunteered to go out and untangle the lines. 'Red' Hill Sr. went out again, a second time, successfully untangled the lines and they rescued both of the gentlemen and brought them up to the roof of the power plant - but [the boat has] been stuck there since August 6th, 1918."

Niagara Parks staff will continue to monitor the scow's movement in the river.