The accident, which involved the Metro bus and two other vehicles, happened just before 11 a.m. 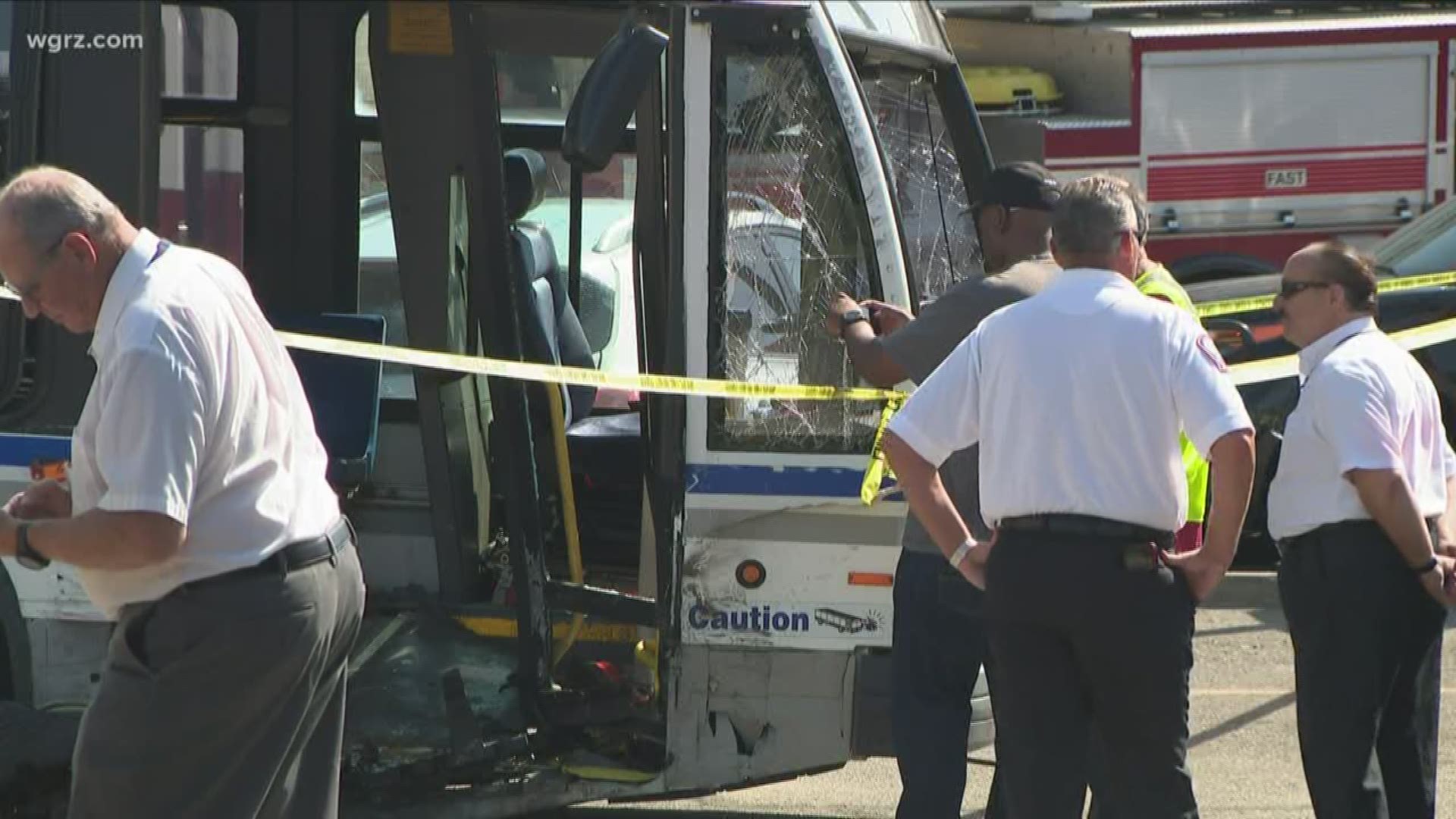 BUFFALO, N.Y. — The intersection of Bailey and East Delavan was shut down Friday following an accident involving an NFTA Metro Bus.

Nine people were taken to the hospital, two with serious injuries. The accident, which involved the bus and two other vehicles, happened just before 11 a.m.

NFTA Police Chief George Gast told 2 On Your Side the bus was traveling westbound on East Delavan when a car traveling south on Bailey hit the bus.

In an update Friday evening, the NFTA said " the driver of that vehicle ran the red light and was traveling at a high rate of speed when striking the passenger side, front door of the bus."

The accident caused the bus to go over a curb and hit a parked car in the Rite Aid parking lot. No one was in that vehicle at the time.

Six people in the bus, including the bus driver and an infant, were taken to the hospital.

Three people in the car were also taken to the hospital.

Gast says preliminary investigation points to the driver of the car who may have run a red light.