State Police say the trooper was parked on the side of the road investigating an unrelated accident when the crash happened. 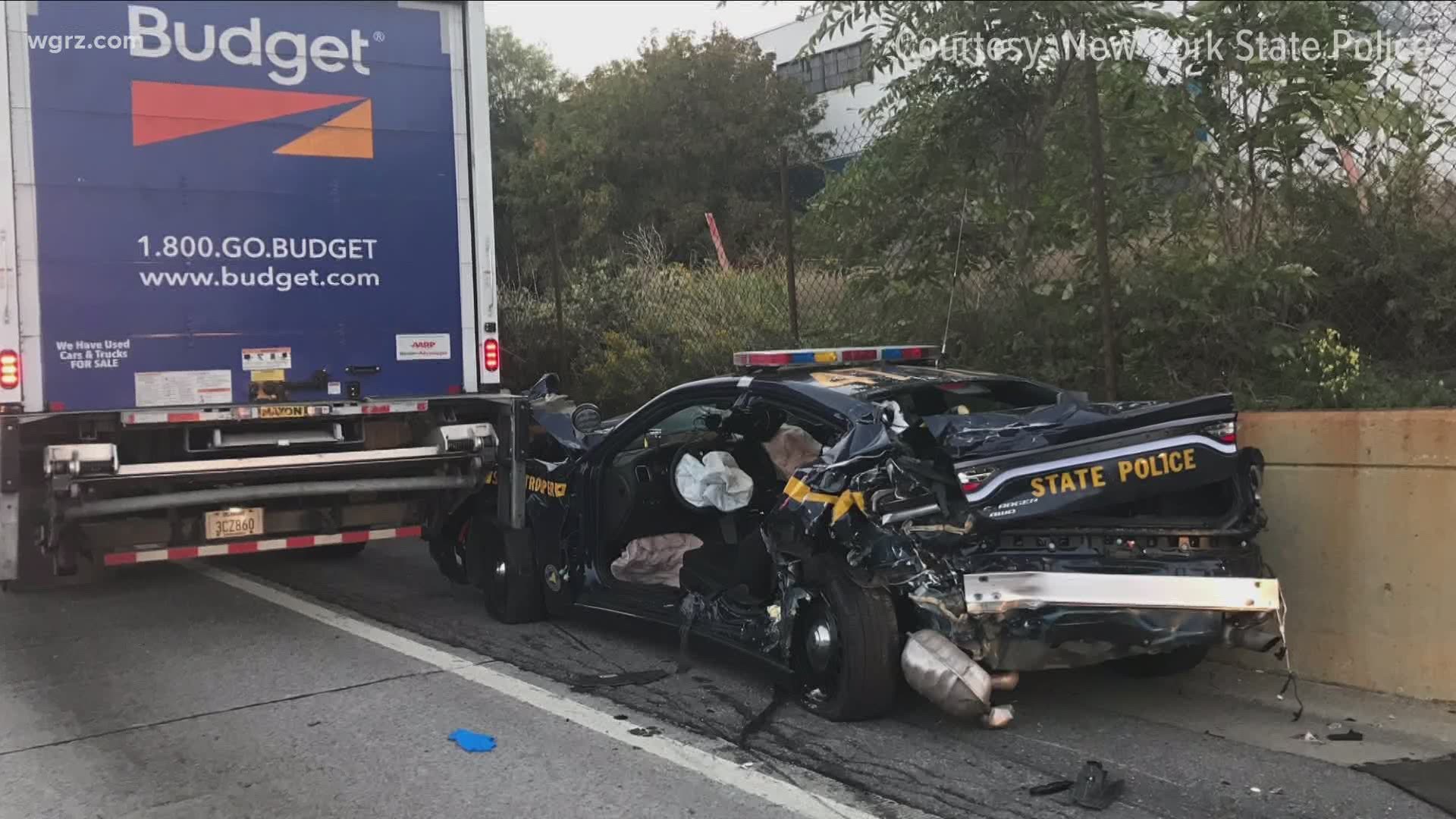 The crash happened around 5:30 a.m. on Interstate 190 northbound near the Peace Bridge.

State Police says Trooper Randi L. Murphey-Motley was parked on the side of the road investigating an unrelated accident when the crash happened.

Investigators say she was waiting for a tow truck for a Budget rental truck with her lights activated when her patrol car was hit from behind by a Chevrolet Tahoe. The crash caused the patrol car to be pushed into the rental truck.

They say the driver of the Tahoe, Devere D. Thomas, failed to move over and hit the trooper's car.

Trooper Murphey-Motley, an 18-year veteran of the force, was taken to Erie County Medical Center to be treated. She has since been released.

Thomas, and his passenger, Karmella M. Hutcherson, 19, were also taken to ECMC for minor injuries.

NYSP are investigating a multi-vehicle crash involving a state police vehicle on I-190 NB in Buffalo. The crash happened aroud 5:30AM. The trooper was on the side of the road investigating a crash when hit. The trooper suffered serious injuries and was taken to a local hospital. pic.twitter.com/DXMIuWrX31 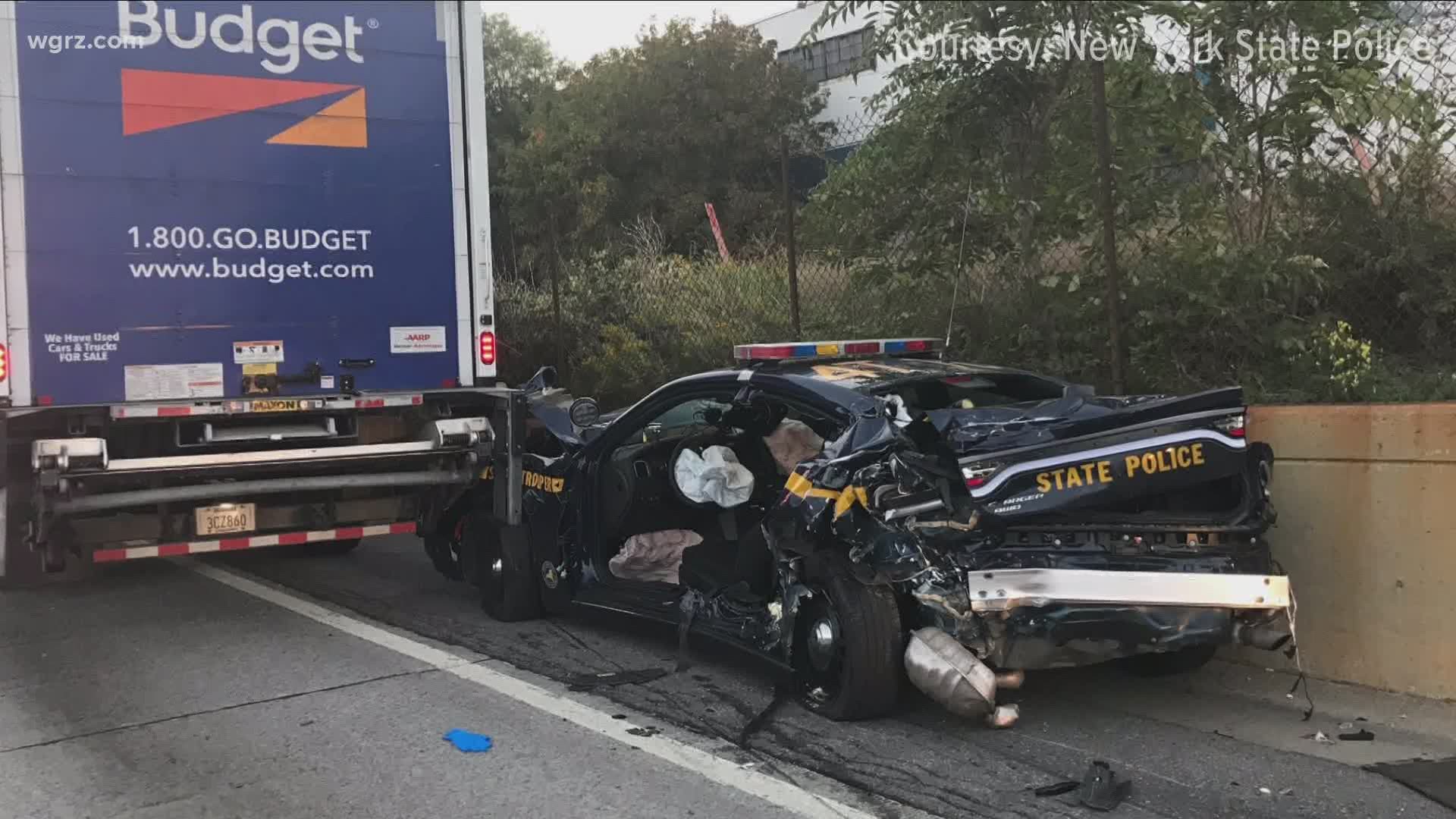