The outcome of a state court of appeals decision could determine once and for all if New York State can collect sales tax on any items sold on Indian reservations. 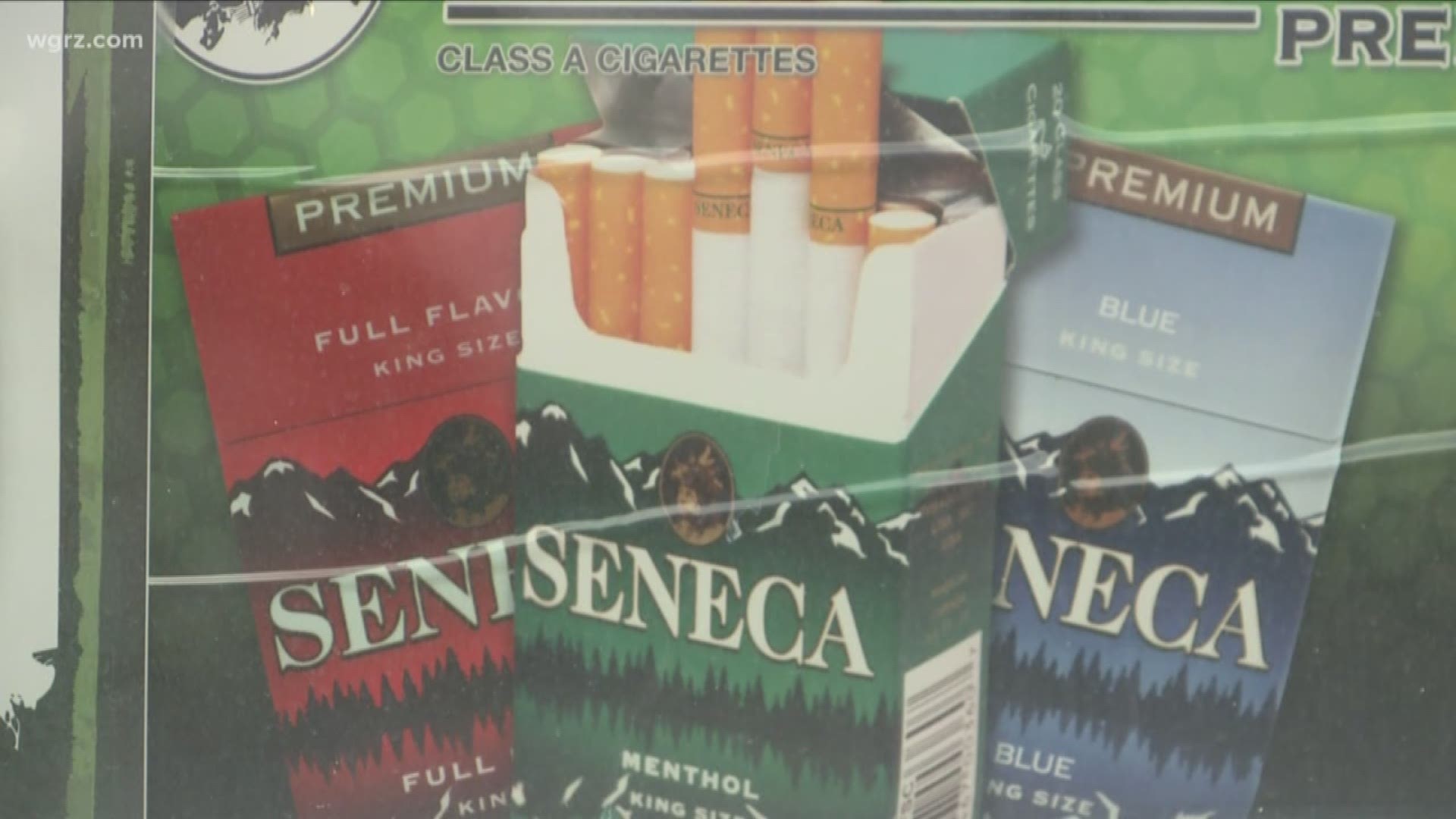 BUFFALO, NY – A prominent Buffalo attorney is at the center of a case before the state’s highest court, the outcome of which could determine once and for all if New York State can collect sales tax on any items sold on Indian reservations.

Paul Cambria represents Eric White, a Seneca who owns several smoke shops, a tobacco wholesaling business, and recently made news for starting construction on what sources say is an off ramp from the Thruway onto his property on the Cattaraugus Reservation, in protest for his loss in an unrelated tax case.

In the case at hand before the court, entitled White v. Schneiderman, White is challenging the validity of a law, enacted by the state in 2010, seeking to collect tax on all cigarettes sold on Indian reservation to non-Indians.

Cambria argued the case before the New York State Court of Appeals in Albany on Wednesday.

At the crux of his case is another statute passed a century before called Section 6 of the state’s Indian Law.

“No taxes shall be assessed, for any purpose whatever, upon any Indian reservation in this state, so long as the land of such reservation shall remain the property of the nation, tribe or band occupying the same.”

While courts have previously interpreted the statute as only applying to real estate taxes, Cambria told 2 On Your Side, “the thing that's mind boggling to me is the gyrations that courts have gone through to avoid the clearest of clear language. No taxes for any purpose whatever. Period."

This argument has actually been waged in the past unsuccessfully.

However, Cambria explained that lawyers involved in those cases may have made a procedural error in how they presented it.

“They never raised Section Six until they got to the appellate court,” noted Cambria. “And you typically can't raise something for the first time in the appellate court…they were told (by the judges) you didn't raise that down below so it's not properly before us to decide."

Learning from those cases, Cambria was sure to raise the argument regarding Section Six at every stage since the case was initially filed several years ago…which in part helped steer the way to get the case before the state’s highest court.

If White wins his case, it could help thwart any future attempts by the state to collect taxes on cigarettes or any other products, including gasoline, sold on the reservations….which has been a concern for proprietors of reservation shops.

And even if he loses, Cambria says he plans on appealing to the highest court in the land, the U.S. Supreme court, which he indicated might even be more sympathetic to White’s case.

“All the prior Supreme Court cases have said that if the statute is clear, it's clear. And if it’s not clear, and it’s ambiguous, the ambiguity must be resolved in favor of the Indians," he said.

A victory, however, is unlikely to lead to a return of "non-native" or "premium brand" cigarettes to the shelves of reservation smoke shops.

New York could still collect taxes on those at the wholesale level before they are even shipped to the reservation, as the state has been doing, and which is why reservation shops say they stopped selling several years ago.

In the meantime, Eric White still faces more than $2 million in fines for allegedly selling untaxed cigarettes from an incident which occurred after he filed the case now before the State Court of Appeals.

However, even though the two cases are not directly related, if the court rules in this separate case that the state can't collect taxes on cigarettes in the first place, it's at least conceivable he'd be off the hook for those fines.