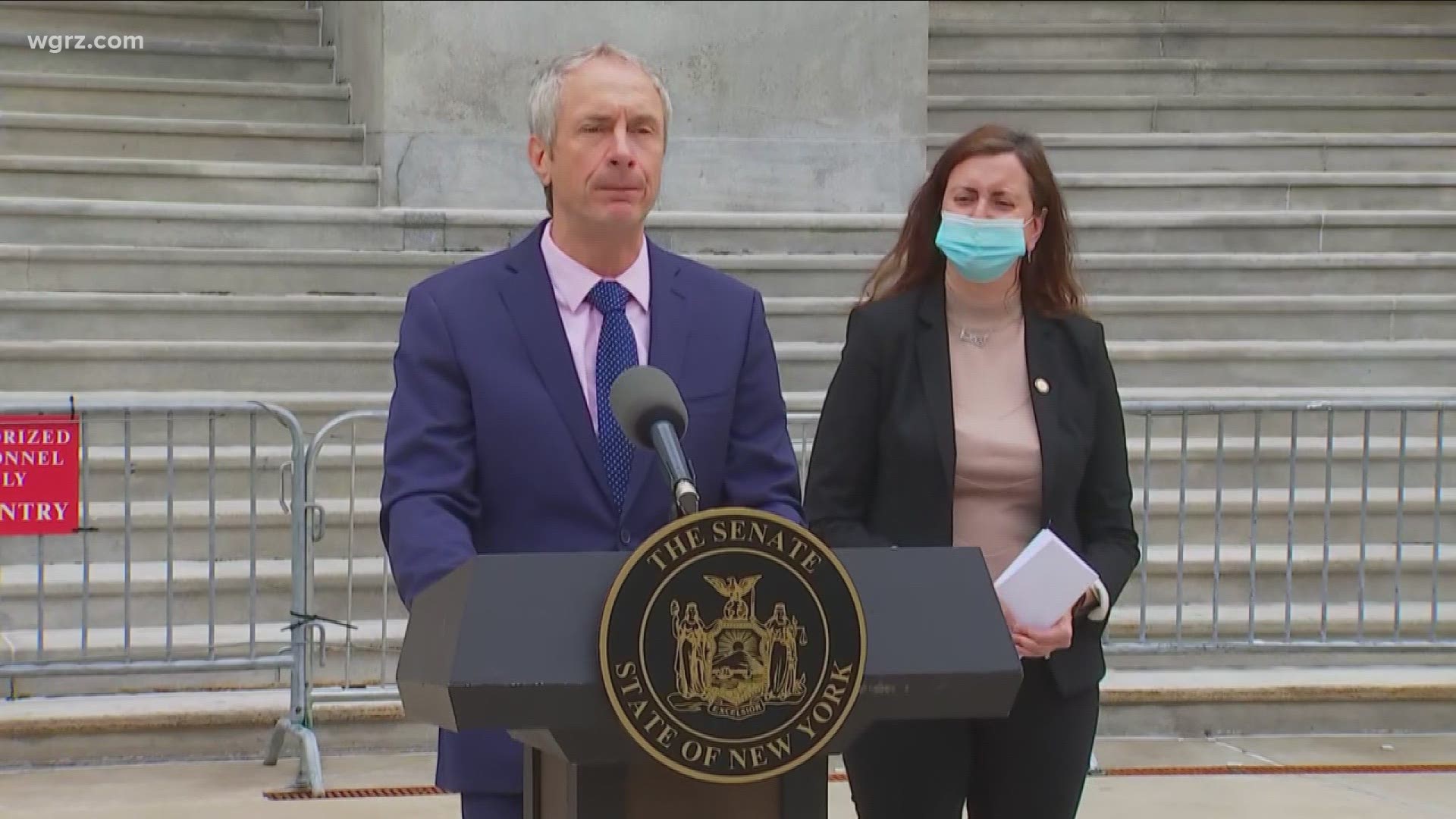 At a joint press conference with Assemblymember Nily Rozic, Ryan reiterated that the bill would give the Public Service Commission regulatory authority over internet service providers in New York State.

"We've fallen into this paradigm where we accept unreliable services from our internet provider," Ryan said. "We would not accept from somebody else."

Ryan says the lack of a government entity to report poor service to is negatively impacting subscribers.

"The consumer is left on their own, to go fight internet giants about bad service," Ryan said. "And I can tell you who loses that fight each and every time and that is the consumers of New York State."

The Communications Workers of America held a press conference several weeks ago, at which Senator Ryan spoke, announcing they were assisting lawmakers across the country with the crafting of broadband utility bills.

"By passing this bill, we will authorize the Public Service Commission to regulate broadband as a utility in New York State," Ryan said. "The oversight will ensure network resiliency, public safety and consumer protection, the three key components to delivering actual reliable internet connectivity to New York State."

Sources within the ISP community tell 2 On Your Side that a legal fight is a "near guarantee" if passed by the legislature.

A similar legal fight has begun after a group of internet and telecom groups filed a lawsuit on April 30 to overturn the recently passed $15/mo. service mandate for low-income households in New York State.

According to Governor Cuomo's office, 2.7 million households, over 7 million people, are eligible for the service.

"It's critical in ensuring that the PSC can regulate infrastructure, this infrastructure and deliver for consumers across New York," Assemblymember Nily Rozic said.

Rozic is a sponsor of the same legislation in the assembly.

"Put simply, it ensures that regulators are given unambiguous authority and a clear mandate to establish appropriate oversight and regulation of broadband."

Ryan, nor Rozic for that matter, didn't provide a timeline as to when this would be voted on in the legislature but said it's likely to pass.

"It's a high likelihood because legislators from all area of the states have been fielding complaints from their constituents about the poor internet services," Ryan said. "Frankly, we've all been on calls, right? We've all experienced it where your internet is choppy, it freezes or just fails altogether. So it's really a recognized problem right now."