Senator Kirsten Gillibrand (D-NY) took questions for about an hour at the Buffalo Irish Center at 245 Abbott Road on Wednesday. 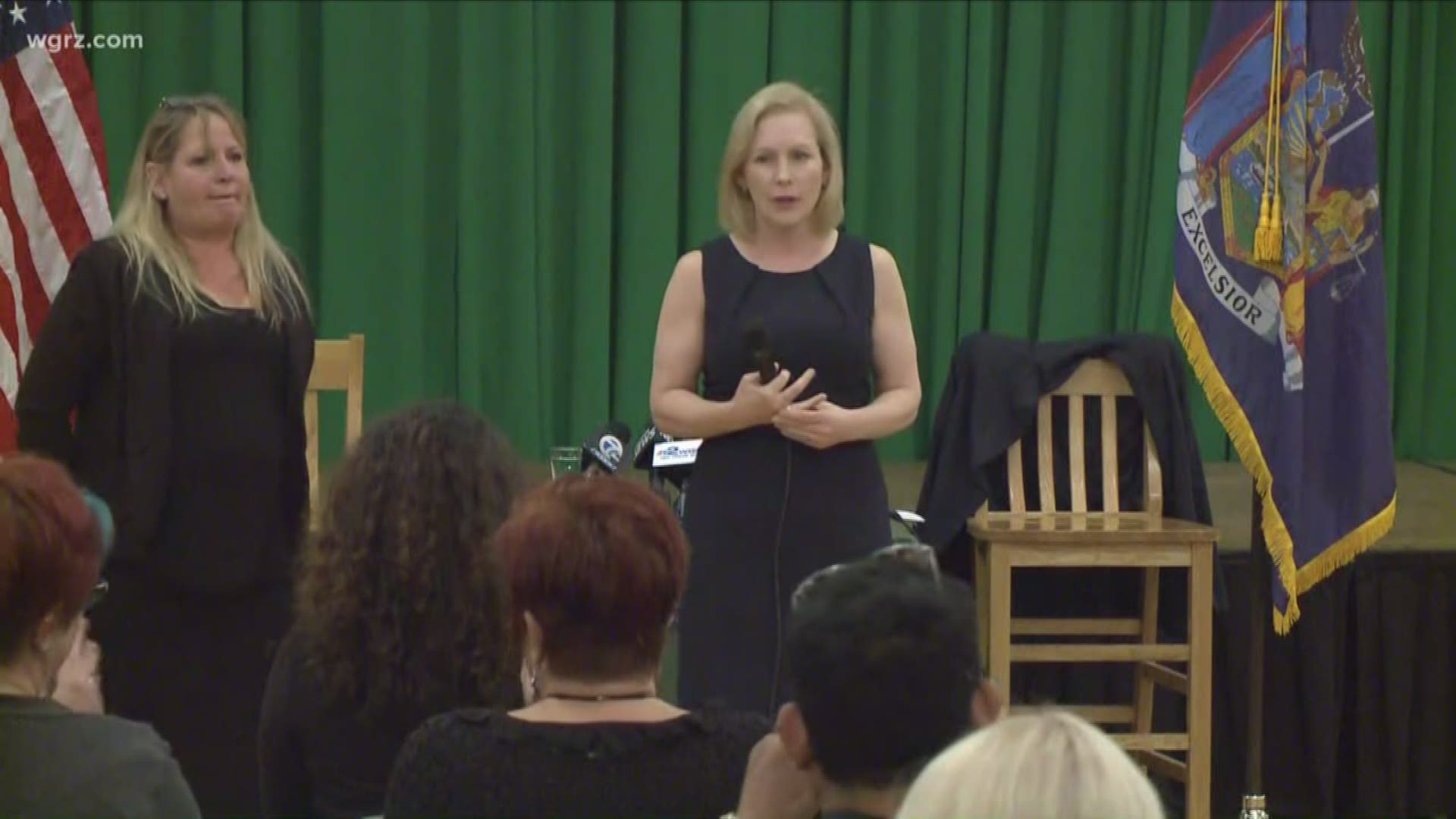 Senator Kirsten Gillibrand (D-NY) was in Western New York on Wednesday to host her first local town hall since she ended her presidential campaign. She took questions for about an hour at the Buffalo Irish Center at 245 Abbott Road.

A variety of questions were asked, everything from gun control, to reproductive rights, and foreign affairs. One thing that stood out, the Senator got several questions about President Donald Trump, the impeachment inquiry, how Democrats can fight back against Mitch McConnell in the Senate.

Many polls show the number one issue is still healthcare, and that was the very first question at this town hall. The senator explained exactly what she supports as far as "medicare for all," which is becoming more and more popular among Democrats.

"I think single payer makes sense," Gillibrand said. "I think the quickest way to get to medicare for all is a buy-in. Let people choose it. Let people choose it for maybe a five year transition period, and after that time, I wouldn't be surprised if most of america bought in."