Gillibrand is asking Congress for $6 million to test whether a non-profit bank located in a post office would help customers in underserved communities. 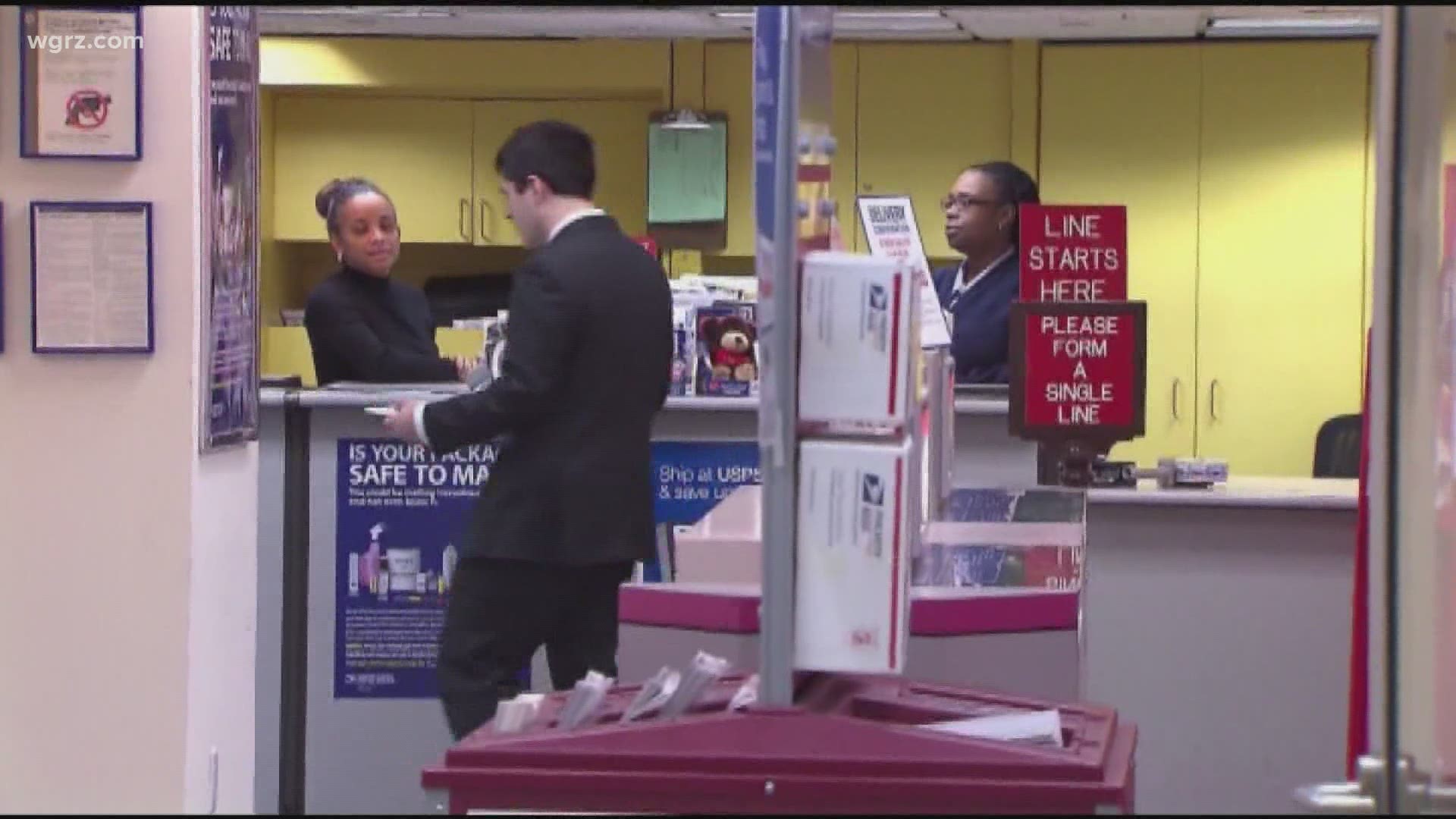 A Federal Deposit Insurance Corporation study found in 2017 that nearly 63 million adults are considered "underbanked." The majority of those underbanked citizens live in rural areas or low-income urban neighborhoods of color.

Gillibrand is asking Congress for $6 million for a pilot program to test whether a non-profit bank located in a post office would benefit customers in underserved communities.

"This pilot program will allow us to take a critical step towards reintroducing postal banking," Gillibrand said. "Putting a nonprofit bank in every post office would generate up to $9 billion of revenue each year for the U.S. Postal Service, allowing it to remain operational without making cuts to services or raising prices."

This isn't a new concept. Postal banking was widely used across the country between 1911-1966. At the time, a postal bank would accept deposits, but offer the full services of a traditional bank.

Gillibrand says the revamped pilot program would be aimed at protecting consumers living in a so-called bank desert.

"90% of zip codes without banks are in rural areas, and banks are rarely found in low-income neighborhoods that lead families and those communities with nowhere to turn, but to predatory lenders, predatory practices, who charge them interest rates that can be 20 times higher than the average credit card interest rate," she said.

Aside from the pilot program, Gillibrand is a sponsor of the Postal Banking Act, which would establish permanent banking services inside post offices.