Excommunication is a rare and severe punishment in the Catholic Church, it essentially is banishment from the Catholic faith. 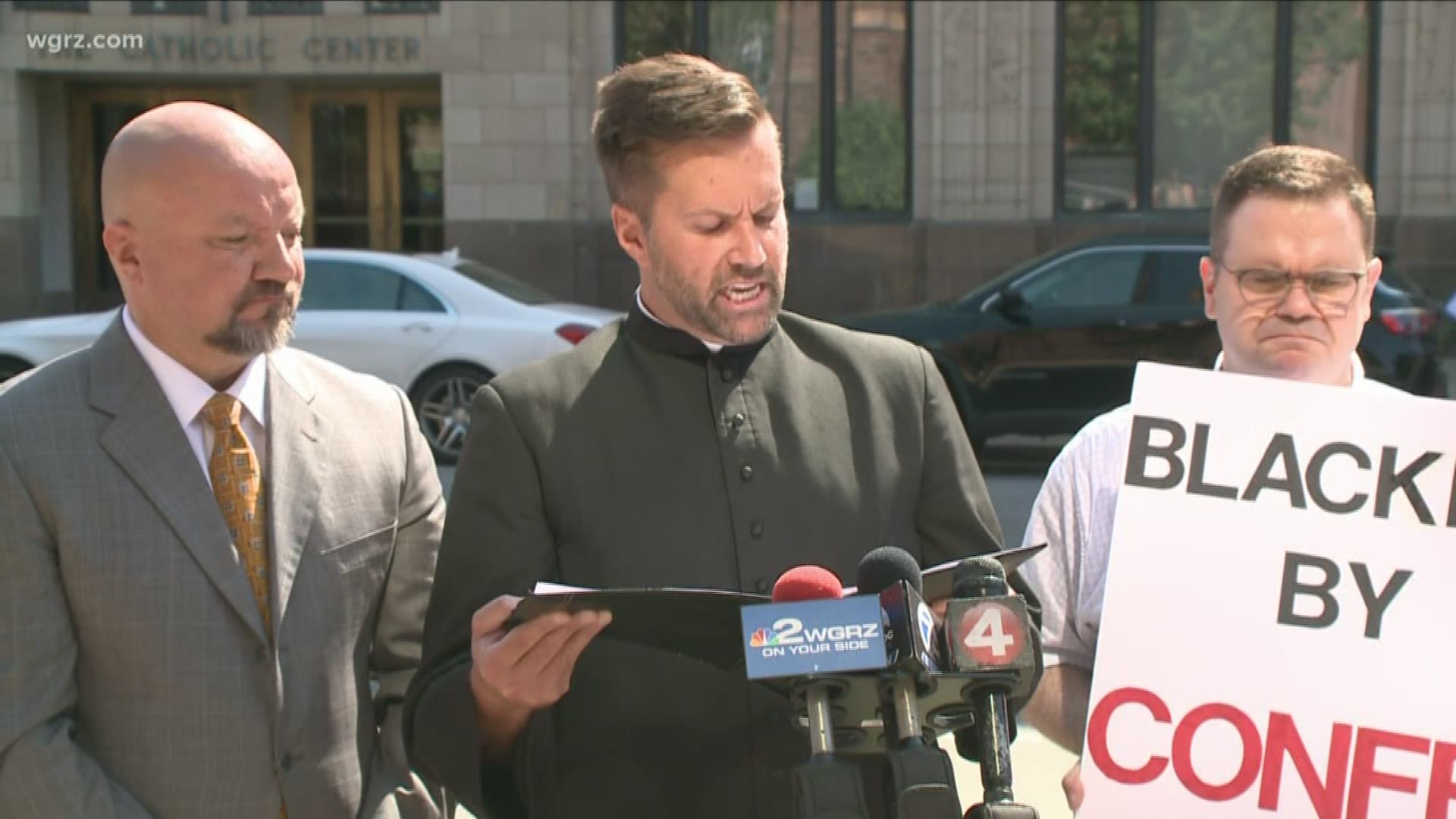 A seminarian is calling for Buffalo Bishop Richard Malone to be excommunicated. Matthew Bojanowski, 38, demanded on Tuesday for Malone not to resign, but to be kicked out of the Catholic Church.

Excommunication is a rare and severe punishment in the Catholic Church, it essentially is banishment from the Catholic faith.

Bojanowski was studying for the priesthood, but he announced on Tuesday he was withdrawing. He says leadership in the diocese has failed and pinned that on Malone.

"I am calling on the faithful parishioners of Buffalo to understand that the Diocese of Buffalo suppresses the truth in relation to sexual abuse," Bojanowski said. "There is not transparency in the Buffalo Diocese and there is not justice for the victims of abuse whether the victims are children or adults."

Much of this is based on Bojanowski's allegations against former friend, Father Jeffrey Nowak of Our Lady Help of Christians Church in Cheektowaga.

Bojanowski says he suffered months of sexual harassment and abuse at the hands of Nowak, but nothing has been done by the Church. Bojanowski told 2 On Your Side he informed Malone of this back in November, and again in January, but says the bishop failed to act.

Nowak was placed on administrative leave earlier this month, while the church investigates Bojanowski's allegations.

2 On Your Side has reached out to Nowak and Malone multiple times for comment but neither have responded.

On Tuesday evening, the diocese agreed to let WGRZ speak with Steve Halter, the director of the office of professional responsibility. He told us that he was able to speak with Bojanowski in March and August of 2019.

"The information I have to date is Mr. Bojanowski has not provided any specifics concerning that violation of the seal of confession," said Halter. "I need to sit down with him (Bojanowski) one more time at least."