Rickey Armstrong, Sr. applauds companies like Fed-Ex and others that have taken a stand and forced the issue. 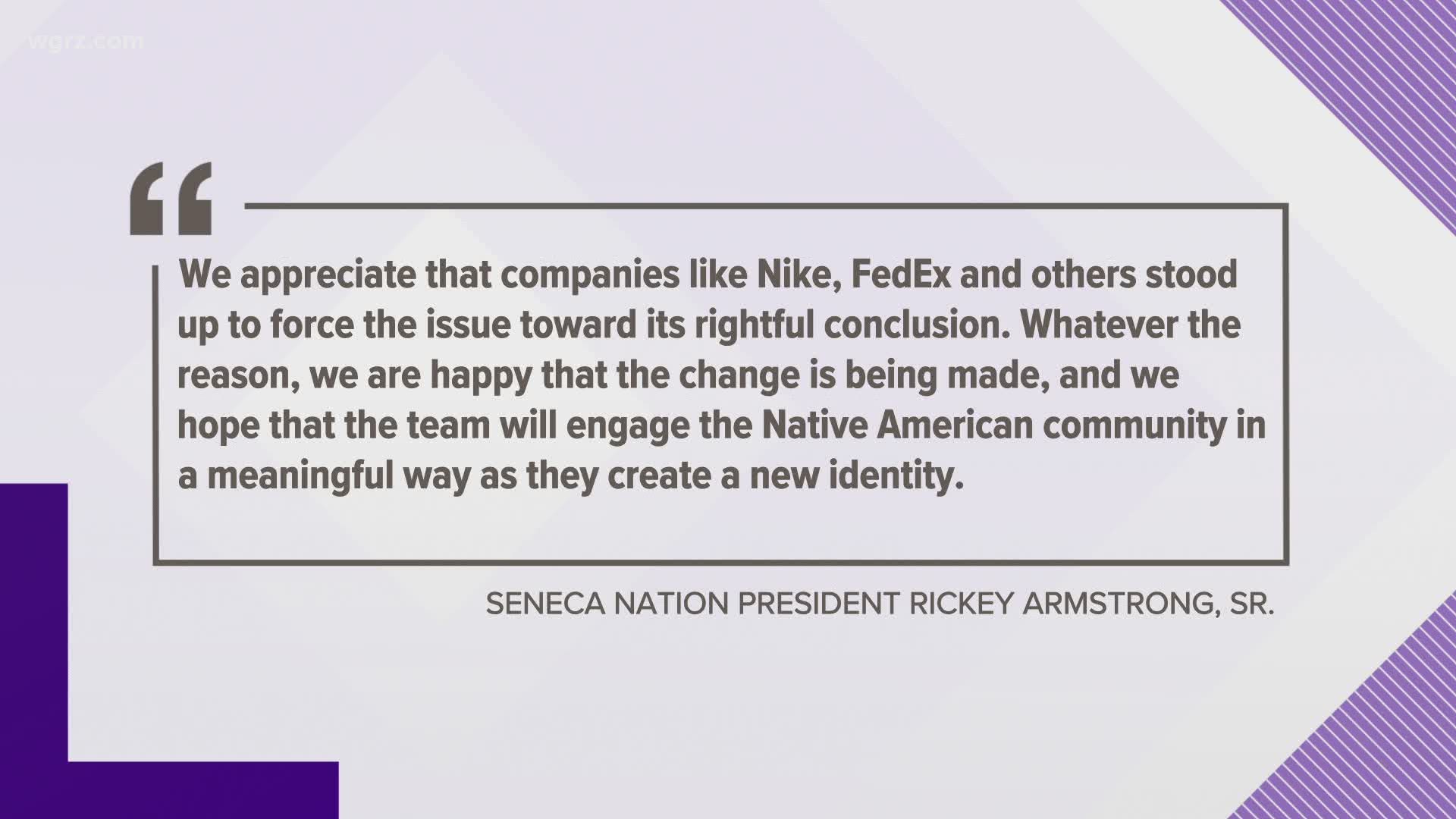 SALAMANCA, N.Y. — Washington's NFL team is shedding the “Redskins” name and logo after recent pressure from sponsors and decades of criticism that they are offensive to Native Americans.

The change comes less than two weeks after team owner Dan Snyder launched an organizational review of the name. A new name for one of football's oldest franchises must still be selected and it’s unclear how soon that will happen.

Native American experts and advocates have long protested the name they call a “dictionary-defined racial slur.” The name dates to 1933 when the team was still based in Boston.

“After decades of perpetuating and promoting an offensive and racist nickname, change has finally come to the football franchise in Washington. It is a change that is long overdue. The Seneca people and Indigenous people everywhere are appreciative of the fact that this change is finally being made. Yet, it is clear that the team’s ownership did not make this decision out of respect and decency toward Indigenous people, who have been calling for this change for many years. Ultimately, it was the financial pressure exerted by corporations and the possible hit on the team’s wallet that drove the decision. We appreciate that companies like Nike, FedEx and others stood up to force the issue toward its rightful conclusion.

Whatever the reason, we are happy that the change is being made, and we hope that the team will engage the Native American community in a meaningful way as they create a new identity. If there was ever a moment to make a statement about how we can start to successfully move beyond the caricature and negative representations of Native culture, this is it. An organization that performs on a global stage and is based in the nation’s capital has the platform to make that statement. Not doing so would be a missed opportunity.

The change in Washington should not be an isolated occurrence. The use of Native American names and imagery needs to be looked at in a comprehensive manner. Communities, organizations and institutions at every level across the country should start those important conversations and heed the call for positive change.”

RELATED: Washington's NFL team may finally be changing its name